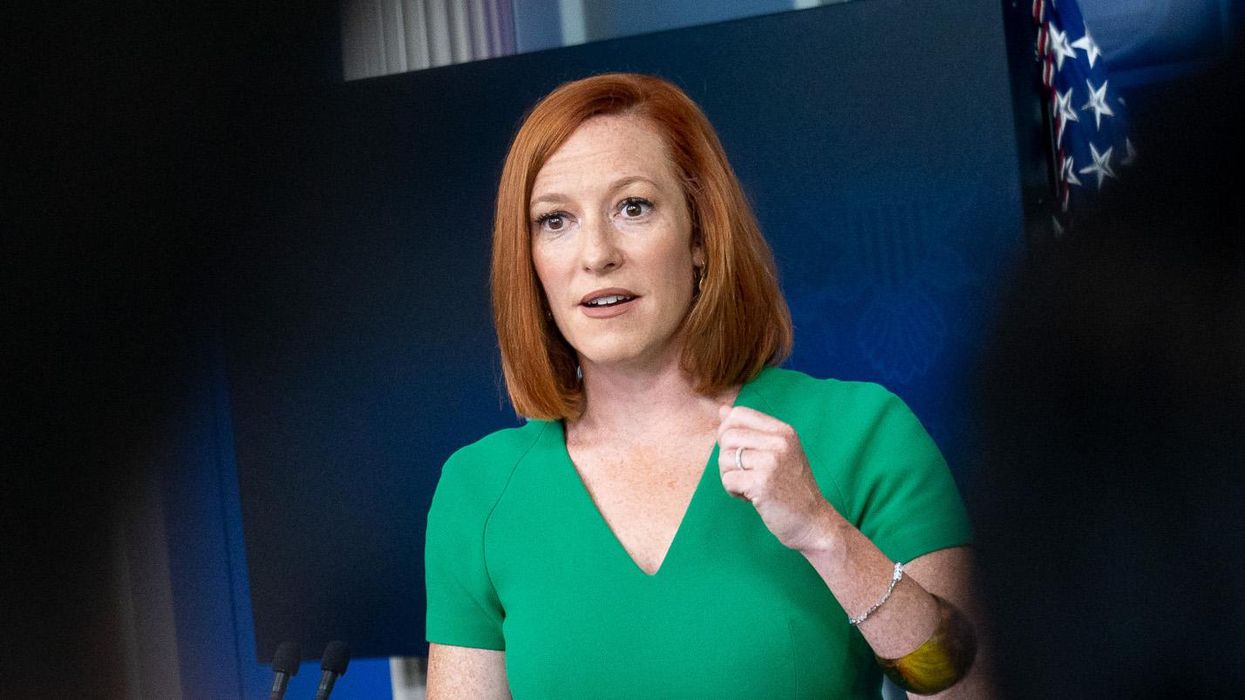 Fox News personality Peter Doocy tried to get Dr. Anthony Fauci fired on Thursday, falsely suggesting the immunologist, Director of the National Institute of Allergy and Infectious Diseases (NIAID), and Chief Medical Advisor to the President lied to Congress.

White House Press Secretary Jen Psaki was not only prepared, but was not about to allow his attempt at misinformation to go uncorrected.

"On COVID origins," Doocy said, setting the stage for his right wing conspiracy theory, "you've said from that podium that under no circumstance would President Biden ever fire Dr. Fauci. Is that still the case since Fauci told Congress the NIH never funded 'gain of function' research for coronaviruses and Wu Han, but documents published by The Intercept suggest that is not true, which would mean that he misled Congress?"

There is a group of far right wing conspiracy theorists who falsely claim Dr. Fauci, one of the most highly-respected scientists working for the federal government, has made "millions" off the pandemic, that as one of the leaders of the National Institutes of Health he personally "funded" research designed to give coronavirus the ability to jump from animals to humans, and other absurd false claims.

Among the spreaders of false Fauci conspiracy theories is far right wing Republican U.S. Senator Marsha Blackburn of Tennessee, as CNBC reported back in June.

"Well," Psaki replied, "first I would say that NIH has refuted that reporting, and I would point you to that, but let me give you some highlights of that: NIH has never approved any research that would make a coronavirus more dangerous to humans, we're reminded that there are previous and different coronaviruses than the existing one we're battling, and the body of science produced by this research demonstrates that the bad coronavirus sequences published from network, NIH supported, were not 'COVID' – the strain, COVID-2 strain."

"So what he said was correct," she concluded.

"So his job is safe?" Doocy asked.