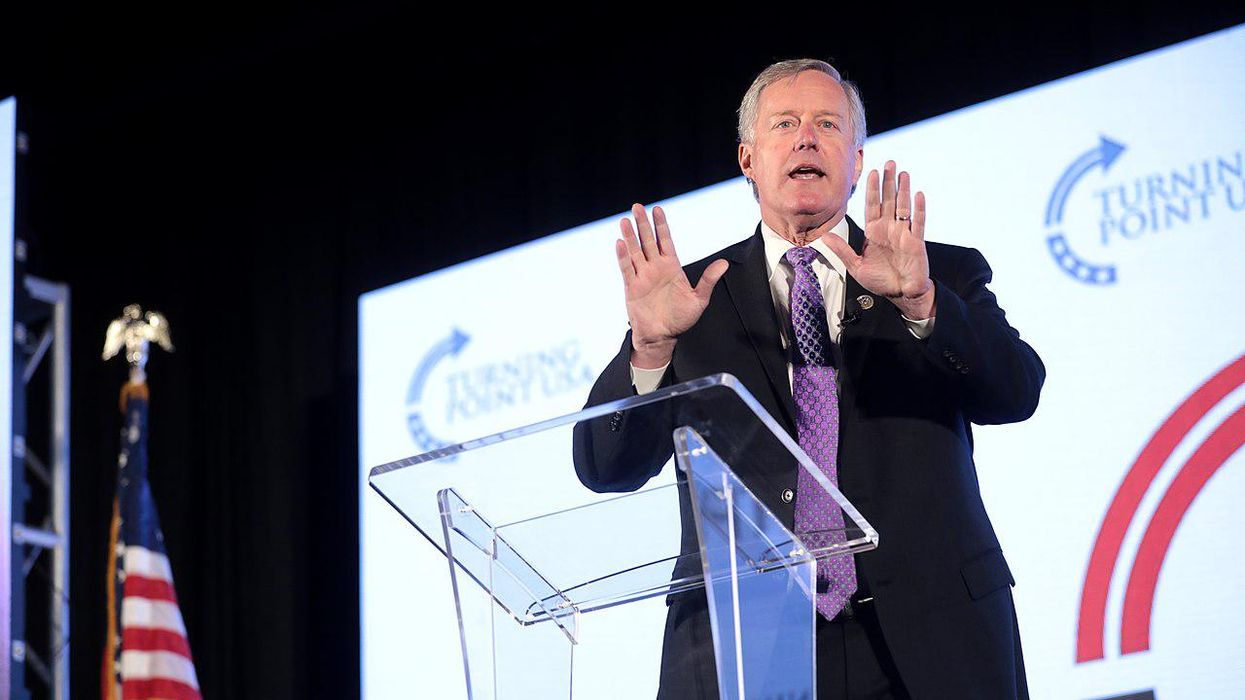 House Minority Leader Kevin McCarthy has been urging tech companies not to cooperate with requests from House Speaker Nancy Pelosi's select committee on the January 6 insurrection, even going so far as to threaten retaliation if they do. Regardless, Pelosi is moving full speed ahead with the probe. And her committee, according to The Guardian, is asking social media and telecom companies to preserve records of former White House Chief of Staff Mark Meadows.

Guardian reporter Hugo Lowell explains, "In the records preservation requests, the select committee instructed 35 telecom and social media companies to avoid destroying communications logs of several hundred people, including the House minority leader, Kevin McCarthy, and ten House Republicans, in case it later issues subpoenas. But the previously unreported inclusion of Meadows on the list of people whose records the select committee wants preserved suggests the panel will seek more information on the most senior aide in the Trump Administration and could upturn every inch of the West Wing in its inquiry."

Meadows, Lowell notes, "remained at Trump's side in the weeks before" the January 6 attack on the U.S. Capitol Building.

According to Lowell, "The White House chief of staff started the day of the insurrection with Trump in the Oval Office before attending the 'Save America' rally that preceded the Capitol attack, according to a Trump Administration official familiar with his movements. Meadows then accompanied Trump back to the White House with a coterie of aides and advisers, from where the former president told the Republican senator Ben Sasse that he was 'delighted' at the images of his supporters and domestic violent extremists storming the Capitol in his name. He then also spoke to Marc Short, the chief of staff to Pence, as well as Kash Patel, the chief of staff to the then-defense secretary, Christopher Miller, the official said."

Meadows, Lowell points out, is "likely to be a prime witness for the inquiry" because he "can shed light on Trump's private thoughts as the violence unfolded."

"House select committee investigators are still in the evidence-gathering phase," Lowell reports, "but the committee is likely to schedule its second hearing before the end of the month, according to a source familiar with the matter. The select committee said on Friday that investigators had received thousands of pages of documents, and that they understood the National Archives had started the process required by law for the review of presidential records."