'I'm not an alcoholic ... I'm a functioning': Rudy Giuliani denies he was drunk during rambling 9/11 speech 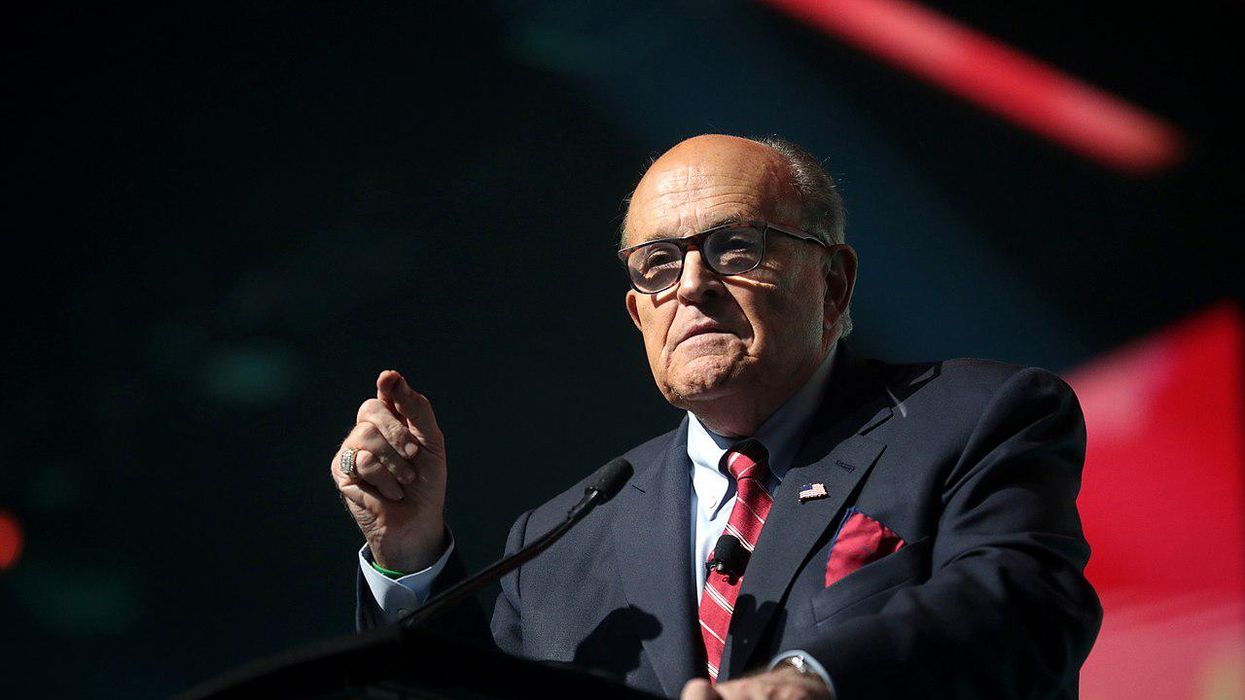 Former New York City Mayor Rudy Giuliani went full MAGA on the 20th anniversary of the 9/11 terrorist attacks when, during a rambling speech at the Mid-Town Manhattan restaurant Cipriani, he mocked the Queen of England's British accent and slammed Joint Chiefs of Staff Chairman Mark Milley as well as President Joe Biden. The Daily Mail has reported on how much Giuliani had to drink before his speech, and the long-time Donald Trump ally, in a statement to the publication, stressed that he doesn't have a drinking problem.

During an interview with the Daily Mail on September 12, Giuliani said, "'Yes, I had a scotch. But I was not drunk. There is a deliberate attempt (by) the left wing to paint me that way."

Giuliani also told the Mail, "Yes, of course, I had a scotch at the beginning of dinner. Beyond that, I didn't have — it was watered down. Not even sure I drank the whole damn thing."

During the interview, Giuliani pushed the far-right conspiracy theory that President Joe Biden is suffering from dementia. Although Biden, who suffered from a speech impediment and stuttering as a child, is known for being gaffe-prone, there is no evidence he's suffering from any type of mental impairment.

I’m not sure I have ever seen someone give a speech at a formal occasion as drunk as Rudy Giuliani is right now at… https://t.co/JZhzOq5FFx
— Ron Filipkowski (@Ron Filipkowski) 1631417969.0

Giuliani told the Mail, "If I was an alcoholic, I'd be fricking dead by now. It is (a) complete lie. I'm on television all the time. I'm as lucid as you can be. I'm not demented like Joe Biden. I can go before the Supreme Court…. I have already many times. I write. I do a podcast twice a week. I do a radio show…. five times a week. I answer questions from people constantly. I'm probably one of the sharpest guys you're ever going to meet. And you want to put me in a court room, and I'll kick the shit out of anybody. I am not an alcoholic."

The Cipriani event was an annual memorial for the victims of the 9/11 terrorist attacks. During his rambling speech, Giuliani said of Milley, "How's that guy a general?.... I wanted to grab his stars, shove it down this throat…. What the hell is wrong with you? Who pays you? Christ! Crazy!"

Giuliani went off on Biden as well, telling the crowd, "What Biden did in the last two weeks is freaking insane. It can't be explained."