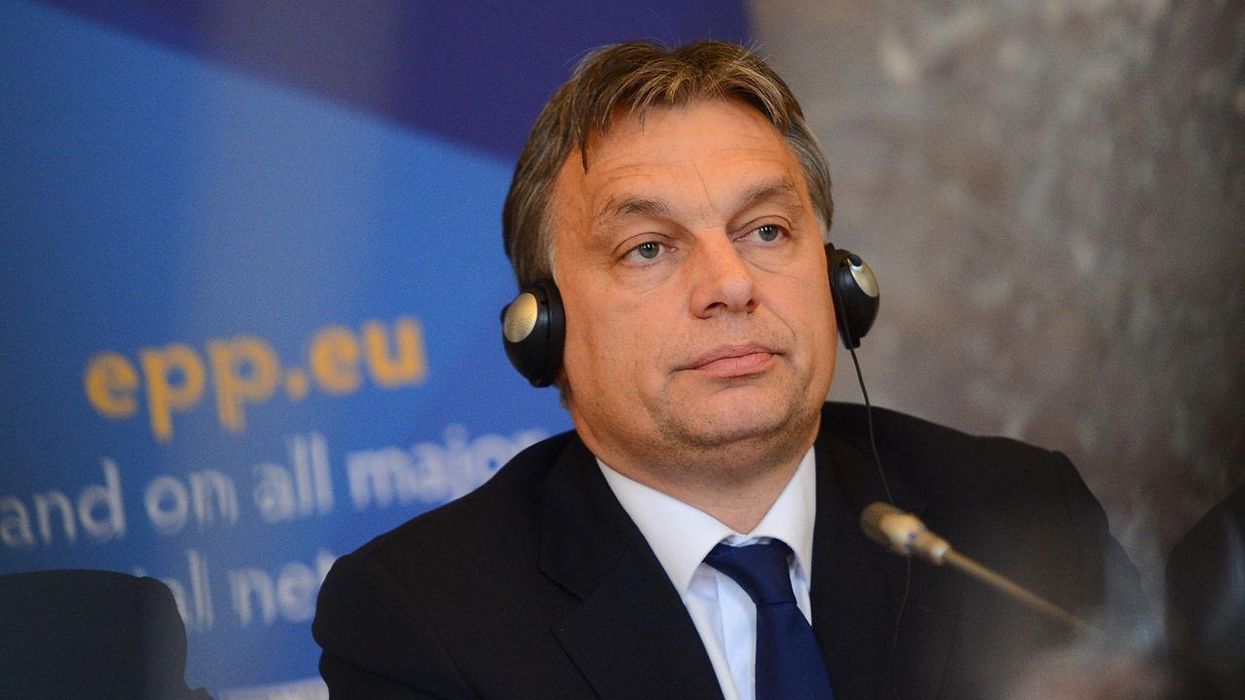 Fox News' Tucker Carlson recently visited Hungary, where he praised far-right authoritarian Prime Minister Viktor Orbán — and the praise continued after Carlson's return to the United States. But not everyone on the right in Hungary appreciates Carlson's praise of Orbán. There is a difference between a conservative and a fascist, and Hungarian conservative Balázs Gulyás — in an open letter to Carlson published by The Bulwark — criticizes Carlson for promoting tyranny and authoritarianism in his country.

Gulyás is a reporter for Magyar Hang, a Hungarian weekly printed in Bratislava, Slovakia. His open letter was originally published in Hungarian by Magyar Hang on August 24. And on September 1, The Bulwark published an English-language translation.

"Let me get straight to the point: You've been had," Gulyás tells Carlson in his open letter. "I fear you've fallen victim to wishful thinking — when the desire to believe our assumptions are true becomes so great that we disregard evidence to the contrary. Of course, it might also be the case that you looked at only one side of the coin, since you were kept in a bubble in Hungary and met only people close to the government, all of whom share the same point of view."

Gulyás continues, "Still, don't be too hard on yourself. It doesn't only happen to foreigners. Hundreds of thousands of Hungarians have been mesmerized by Viktor Orbán's siren song of family, history, tradition and language — slogans you yourself mentioned in one of your shows. To be perfectly honest, for a while, I myself believed Orbán would bring a new tone, fresh ideas, and build the kind of cultured and prosperous Hungary I longed for after suffering through horrible socialist-liberal governments from 2002 to 2010. I had to confront the fact that I was profoundly mistaken."

Never Trump conservative Mona Charen, in a scathing column published by The Bulwark on August 11, argued that when Carlson broadcast from Hungary and praised Orbán, he was no better than leftist pseudo-intellectuals who visited Cuba during the 1960s and 1970s and praised communist dictator Fidel Castro — oblivious to the fact that they were only seeing the things that Cuban government officials wanted them to see. And Gulyás, in his open letter to Carlson, stresses that Carlson was given a misleading picture of life in Hungary under Orbán.

Gulyás writes, "Dear Mr. Carlson! As a conservative Hungarian, I agree with much of what you said in Esztergom, especially the parts where you philosophized. What you said about parenting, architecture, humor, the colonization of language, and the beauty of nature resonates deeply with me. But when it comes to Orbán, you desperately want to believe that somewhere on this planet, there exists a Christian conservative Disneyland. And since you want this so badly, you've turned a blind eye to evidence of the contrary…. Today, the majority of conservative Hungarian intellectuals have left the ranks of Orbán's party."

Gulyás goes on to explain why the publication he writes for, Magyar Hang, has to be printed outside of Hungary.

"The weekly paper where I work was founded by center-right journalists," Gulyás explains. "My colleagues were forced to leave the daily paper Magyar Nemzet because after the 2018 election, the authorities rendered the paper, founded in 1938, unviable…. After this, we founded a weekly called Magyar Hang. Over the last three years, it has grown into the second-most widely read Hungarian weekly. Yet because of their fear of the government, no Hungarian publishing house is willing to print our paper. We have to print it every week in Bratislava, Slovakia. The government obstructs our work wherever it can."

Gulyás concludes his open letter to Carlson by warning that Orbán is both a grifter and an authoritarian.

"Dear Mr. Carlson! You've been misled by your hosts," Gulyás laments. "Viktor Orbán is not building a conservative Disneyland in Hungary, but a Russian and Chinese beachhead while personally enriching himself. For him, conservative values are an alibi."