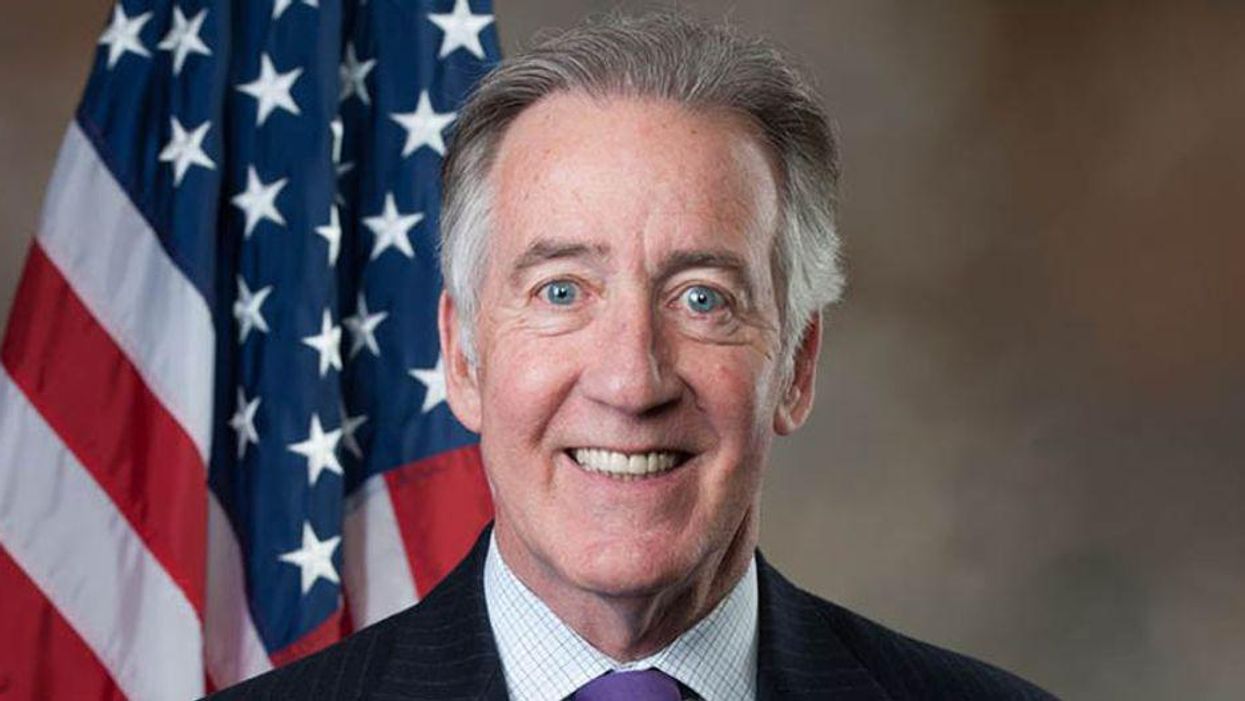 Democrats on the powerful House Ways and Means Committee are reportedly planning to unveil a slate of changes to the U.S. tax code that would raise the rates paid by large corporations and the rich—but not to the extent that President Joe Biden proposed earlier this year.

According to a brief draft document circulating among congressional aides and lobbyists, Democrats at the helm of the House's chief tax-writing committee are aiming to raise the top corporate rate from 21% to 26.5%, short of the 28% rate that Biden endorsed.

In its current form, House Democrats' proposal also calls for a smaller-than-expected increase in the top capital gains rate, which would rise from the current level of 20% to 25%. Biden, by contrast, has called for a 39.6% top tax rate on capital gains, the profits from the sale of an asset.

Instead of raising the top capital gains rate to the level Biden supports, House Democrats are pushing for a 3% surtax on individual income above $5 million.

Progressive groups were quick to voice their disapproval of the contours of House Democrats' plan, which has yet to be finalized. Erica Payne, the president and founder of Patriotic Millionaires, an organization that advocates for higher taxes on the wealthy, said in a statement late Sunday that "America's billionaires are popping champagne tonight as the House Ways and Means Committee—led by Chair Richie Neal [D-Mass.]—fails the president, fails the country, and fails history."

Despite amounting to one of the most substantial tax hikes in decades, House Dems *left out* Biden’s plan to preven… https://t.co/MyZZoyUQuF
— Jeff Stein (@Jeff Stein) 1631565685.0

The details of House Democrats' plan, which is designed to help fund the party's reconciliation package, began to emerge after corporate lobbyists voiced confidence that they would be able limit any potential tax increases on businesses and wealthy investors.

"The business community has made progress with certain Democrats on legitimate policy concerns with some of these proposals and their implications on the economy and international competitiveness," one unnamed lobbyist told The Hill late last month. "A lot of those arguments are landing."

As Bloomberg reported early Monday, the House Ways and Means Committee proposals "are slimmed down to appeal to business-minded Democrats, many of whom hail from swing districts."

"And Democratic leaders, who need the party's full support to push Biden's agenda through Congress, will almost certainly pare them down further in the weeks ahead," the outlet added.

With Democrats racing to assemble their reconciliation package—and the bill's "pay-fors"—by a self-imposed September 15 deadline, tensions between the party's progressives and conservatives are intensifying as the latter faction attempts to shrink a centerpiece of Biden's social spending and climate agenda. Progressives, led by Bernie Sanders (I-Vt.) in the Senate and Pramila Jayapal (D-Wash.) in the House, have made clear that they won't approve of anything less than $3.5 trillion.

The House and Senate, both of which are narrowly controlled by Democrats, must ultimately approve an identical package for it to become law.

"There is a sense of urgency which I think the American people understand," Sanders, the chair of the Senate Budget Committee, said Sunday. "And what they want, is finally—maybe, just maybe—the Congress of the United States will act for them, and not just for the wealthy campaign contributors."

Preliminary estimates indicate that House Democrats' new tax plan—which calls for hiking the top individual tax rate to 39.6%—would raise as much as $2.9 trillion in revenue over the next decade. The Washington Post reported Sunday that "the sum also includes savings achieved as a result of greater enforcement of existing tax laws and additional policy reforms targeting Medicare prescription benefits."

"Lawmakers believe this means the total $3.5 trillion package is paid for in full, since it also relies on a budgetary move known as dynamic scoring, which takes into account the economic activity generated by federal spending," the Post noted.

But the Patriotic Millionaires warned that the House Ways and Means Committee's proposal would leave intact "the preferential treatment the rich receive in the tax code" by maintaining "even some of the code's most egregious tax loopholes like the stepped-up basis, a tax giveaway to America's wealthiest families, and the carried interest loophole, which allows fund managers to pretend they are investors with regard to taxes."

According to the Wall Street Journal, House Democrats' plan would limit the ability of private equity fund managers to "have their carried interest profits taxed as capital gains." But Ashley Schapitl, a spokesperson for Senate Finance Committee Chairman Sen. Ron Wyden (D-Ore.), confirmed on Twitter that the House proposal doesn't go as far as Wyden's.

"If this proposal becomes law, working people in America will continue to pay almost twice the tax rate of millionaire investors, heirs to billionaires will continue to inherit enormous amounts of money and property tax-free, and the concentration of wealth and power will continue until this country becomes what it is already fast approaching, a feudal aristocracy," the Patriotic Millionaires said of the House plan.

"And because the House Ways and Means Committee refuses to stand up to the 55 profitable multinational companies that paid no federal income tax last year," the group added, "corporations will continue to play international shell games with their profits while moving American jobs overseas."