Greg Abbott is not ignorant — he's a liar 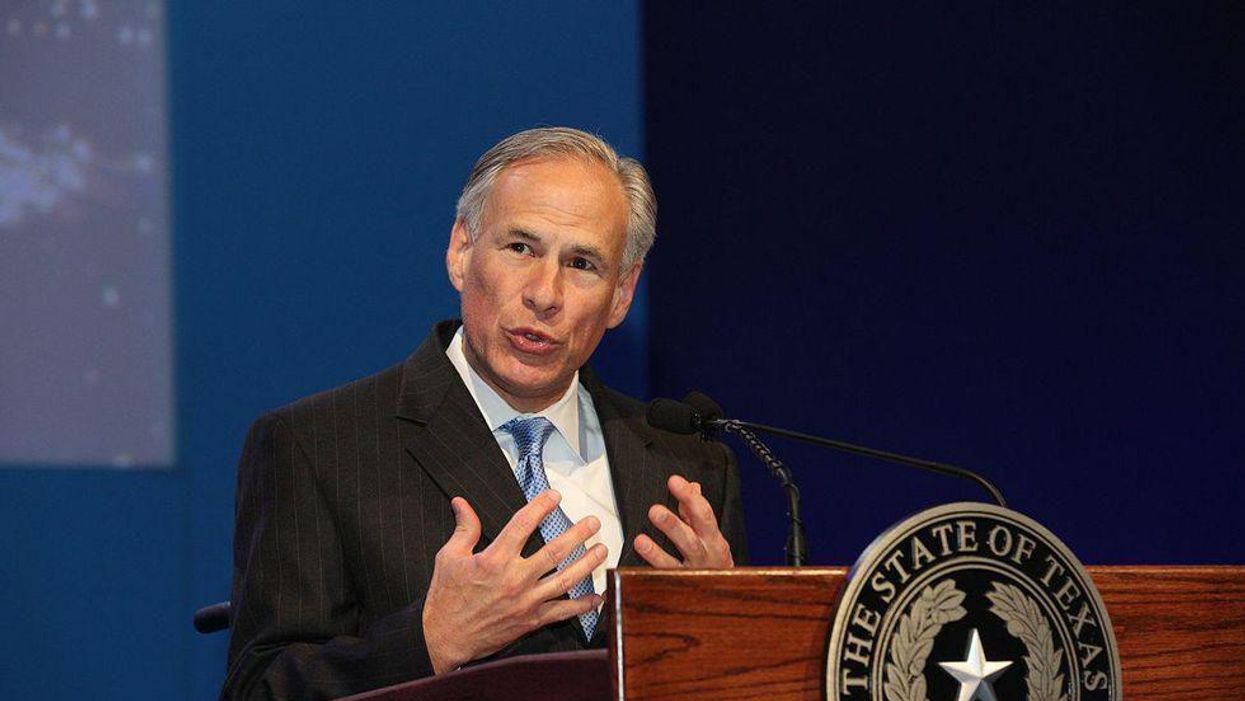 So often progressives, many of us missing the school days of gold stars on our spelling quizzes, love nothing more than to dunk on Republicans for saying stupid stuff. And boy, don't conservatives know how to weaponize that "um, actually" gene they trigger against us? Take, for instance, Texas Gov. Greg Abbott. Like most ambitious Republicans, he is a consummate troll who is happy to say seemingly dumb things to attract liberal outrage, attention which bolsters his fame and credibility in the eyes of the right. (He likely learned well from his fellow Texas Republican, skilled troll Sen. Ted Cruz.) Playing dumb, for right-wingers, is often the smartest move you can make.

And so, with depressing predictability, Abbott said some foolish things on Tuesday, when a reporter asked him why he would force a victim of rape or incest to carry the pregnancy to term. Abbott started by insisting the law "provides at least 6 weeks for a person to be able to get an abortion." This is flat-out untrue, unless Texas has some secret access to time travel technology, because the ban kicks in a mere four weeks after the actual conception and only two weeks after the typical missed period date. ("Six weeks" refers to the time since the first date of the last missed period, which is easier to measure than the moment sperm hit egg.) He then went on to insist that rape victims don't need abortion, because "rape is a crime," which is a little like saying gunshot victims don't need hospital care because shooting people is a crime. He then insisted that the state will "eliminate all rapists from the streets of Texas," which seems like the thing they should have already been doing if it's as easy as all that.

The A students of left saw these comments and immediately diagnosed their source as ignorance, as if Abbott's problem is that he slept through high school biology, and not that he's a glib liar. Even the usually more astute Rep. Alexandria Ocasio-Cortez, D-N.Y., stepped into the trap, stating on CNN that Abbott "speaks from such a place of deep ignorance," and "I'm sorry we have to break down Biology 101 on national television."

To be fair to Ocasio-Cortez, she is speaking to a national audience that keeps hearing the term "six weeks" and doesn't understand that pregnant people have, at most, two weeks to navigate the byzantine Texas law to obtain an abortion. Using this as a moment to educate viewers probably felt like a priority over talking about how Abbott is a lying troll.

Still, it's frustrating to see Abbott's rhetoric framed as ignorance instead of sadistic lying, because, frankly, that lets the people behind this law off the hook. Ignorance is a forgiveable sin, easily corrected with education. But most of the folks involved with writing and passing anti-abortion laws understand biological facts and standard medical practice perfectly well. Indeed, they leverage that knowledge to craft clever laws that sound reasonable on their face, but actually make providing safe abortion impossible. For instance, the last time Texas tried to ban abortion, they did so by requiring abortion providers to have hospital admitting privileges, which sounds reasonable to the average person. What peeople in the know — including the law's drafters — understood, however, is that abortion doctors couldn't get hospital privileges. Hospitals only give such privileges to doctors who actually admit patients, and abortion doctors don't do that, because abortion is a safe outpatient procedure akin to getting a cavity drilled.

It's the same story with the latest ban. The people behind it are playing a little game. They know the media will use the standard medical terminology "six weeks." That sounds like a long time, but patients actually have, if they're very lucky, only two weeks. That kind of media manipulation is not a matter of being dumb, but being both clever and deeply evil.

We know that Abbott is deliberately lying, and not just dumb, for a couple of reasons. For one, he says "at least six weeks," when he knows full well that "six weeks" refers to the cut-off, not the baseline. (And, again, that's six weeks since the beginning of the last period, not actually six weeks gestation.) Even if he doesn't know the first thing about menstrual cycles, we can rest assured he knows the difference between a floor and a ceiling. Second of all, that crap about eliminating all rape is so dumb that literally no one who says something like that can believe it. Remember, Abbott successfully sued the person whose negligence left him in a wheelchair. He understands full well that legal justice is not the same thing as erasing the physical effects of an injury. Watching a rapist go to jail doesn't ameliorate the pain of forced childbirth.

Whether or not anti-choicers are liars or just ignorant may not seem like a meaningful distinction, but in reality, it's crucial to understand the difference.

For one thing, it's important to remember that conservatives deliberately say dumb things in order to attract dunks, because it allows them to play the victim of liberal know-it-alls. So understanding that they act out of malice and not genuine stupidity can help liberals avoid taking the bait.

Even more importantly, anti-choicers have, for decades, successfully exploited stereotypes that they are dim-witted Bible-huggers to escape responsibility from some truly heinous behavior. Take, for instance, a 2014 case in which the Supreme Court struck down a Massachussetts law giving abortion patients a 35-foot buffer zone to walk to a clinic without being harassed by anti-choice protesters. The lawyers for the protesters portrayed their clients as simple-minded but sweet grandmothers whose desire to "counsel" young women should be indulged. In reality, the protesters who surround the clinic are resentful bullies who are only too happy to talk about abortion patients like they're sluts and who sneeringly denounce women for wanting "to have their careers [and] their education." Their motives weren't gentle ignorance, but unvarnished sadism.

And most importantly of all, there's danger in ascribing to stupidity what is born from enmity, which is the threat of underestimating your opponents. The Texas abortion ban isn't something that idiot anti-choicers stumbled into by accident. It was carefully crafted by highly educated, intelligent people who spent years researching ways to overturn Roe v. Wade while pretending that's not what they did. They are manipulative and diabolical, and have had incredible success, despite holding views that are wildly unpopular. It may feel good to write such people off as "ignorant," but that is the last thing they are. They're smart as hell, and that is why they're so dangerous.