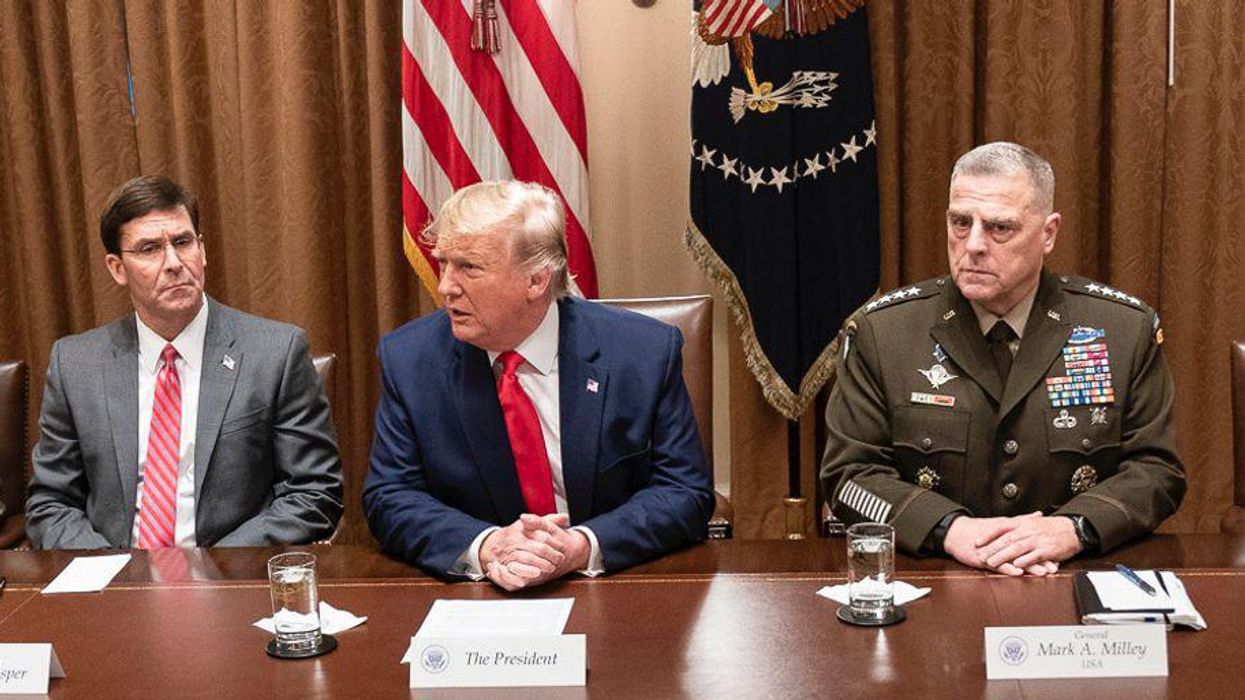 Larry Elder was the leading GOP candidate in California's recall election Tuesday. The talk-show host lost by a mile. He conceded last night, but not before raising doubts about the election's legitimacy.

In the post-Trump era, Republican losers follow a simple formula: Cry fraud, file frivolous lawsuits and fundraise off of them. You will lose in court, because there is no fraud, but it doesn't matter because every loss burnishes the GOP's "stabbed in the back" narrative. … It's one more piece of evidence showing that Republicans have given up on elections. It's not a free and fair election if you don't intend to concede if you lose.

I'm nagged by questions, same as you, but I hope to propose here a theory in its infancy. (Maybe you can help. Also: I hope you'll forgive me my vulgarity, but it serves the common good.) I think we need to create a vocabulary designed to exclude people bent on sabotaging the republic to control it. I think we need a rhetoric of shut-the-fuck-up.

First, we should understand that we don't have to accept the premise. What premise? That GOP losers are raising doubts about democracy's legitimacy. (Yes, I'm contradicting myself, but go with it, please.) When GOP losers like Larry Elder, or the former president, accuse election officials of rigging elections, we don't have to accept the premise. Instead, we can present our own — that he's conceding defeat.

That might sound strange. After all, a candidate concedes when a candidate actually concedes — when they say the words, "I'm done." But there are no rules here. Democracy empowers us to get creative. When a GOP loser tells supporters they should doubt the results of the election, we don't have to accept that they're raising doubts about the election. We can instead say they are giving up, not only on the election, but on America. When GOP losers give up on America, there's nothing saying that America should keep working on a relationship that's clearly not getting better. America should give up on them.

There's also nothing saying that we must give them a second chance. Republican losers have the right to tell their supporters to distrust democracy's outcomes. The rest of us have the right to conclude that we should never trust that candidate with power. Ever. The same goes for partisan allies. Some lines can't be crossed. If they are, there's no coming back. If a Republican loser, like the former president, attempts a comeback, we have the right to declare that his opinions are forfeit.

He can shut the fuck up.

Again, the same goes for partisan allies. For instance, Marco Rubio. The United States senator from Florida issued a letter expressing "grave concern" about the chairman of the Joint Chiefs of Staff. According to the Post, Mike Milley was so concerned Donald Trump would start a war with China he contacted his counterpart there to make sure it didn't happen. What Milley did is extraordinary. Everyone committed to the republic should and will be giving his actions a lot of hard thought. But Marco Rubio voted to acquit the former president of treason.

He can shut the fuck up.

Other Republicans and their allies in the right-wing media apparatus, which is global in scale, are expressing a range of opinion about Milley's questionable conduct, everything from "grave concern" to allegations of treason. But these partisans want us to take their views seriously, as if they mean anything they say, as if they are dedicated to democracy, as if insubordination were truly offensive to them, as if they did not actually support the former president's attempted coup.

They can shut the fuck up.

We might look to Mike Milley as the inspiration of the rhetoric I'm talking about. According to Michael Bender, Milley resisted Trump's call to use military force to suppress demonstrations protesting the murder of George Floyd. "That's how you're supposed to handle these people," Bender said the former president said. "Crack their skulls! … Shoot them in the leg — or maybe the foot. But be hard on them!"

Stephen Miller, Trump's adviser, told Milley he should use military force. "The cities are burning," Bender said Miller said. But Miller wanted cities to burn. He wanted TV images of the military cracking down of Americans peacefully exercising their right to protest. Milley understood that. So he turned to Miller to say what needed saying.

"Shut the fuck up, Stephen."

I believe Mike Milley would resign if the current president asked him to. That's what soldiers do. I also believe Milley — and perhaps Joe Biden, too — knows who should rightfully sit in judgment. Precisely, who should not. It's not people who sabotage the republic to control it. It's not people who aid and abet sedition, betrayal and treason. They have given up on America. America should give up on them in return.