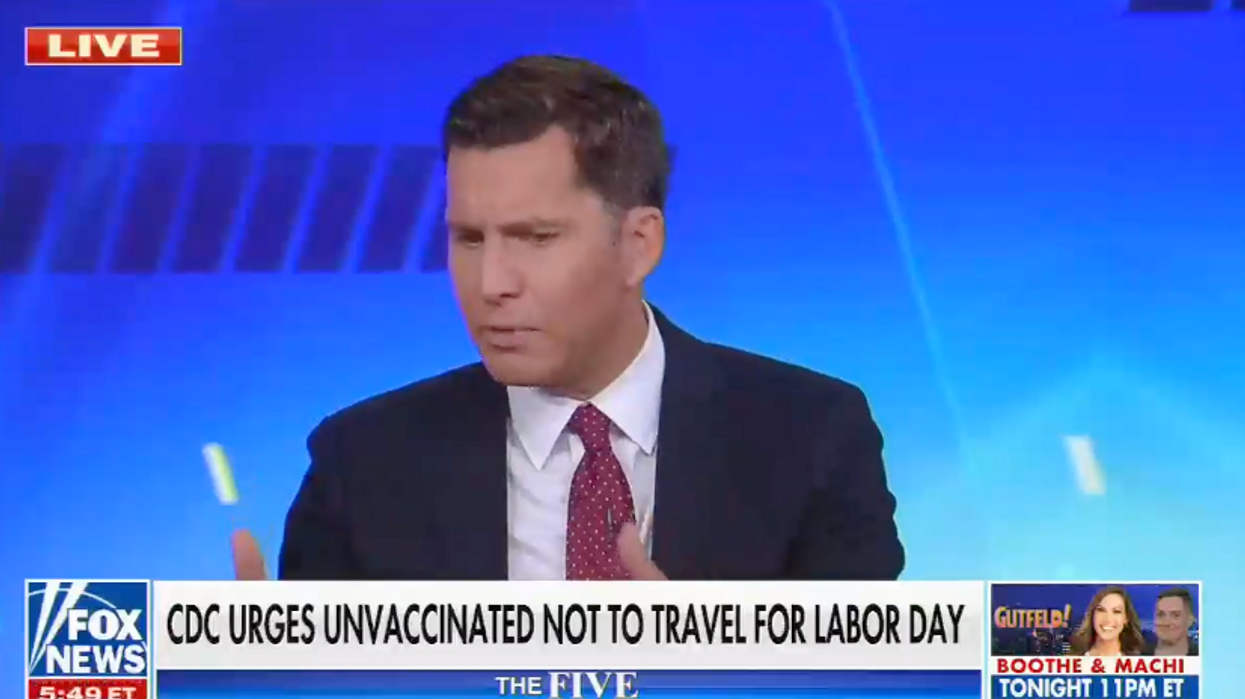 The anti-vaxx movement continues to co-opt language used by liberals, declaring "my body, my choice" – not when it comes to abortion but to vaccines.

Now they're taking that one step further, imposing victimization status on those who refuse to get vaccinated against the deadly coronavirus that has killed at least 650,000 Americans and is transmissible by just breathing.

Fox News personality Will Cain, who co-hosts the weekend version of "Fox & Friends," on Wednesday's episode of "The Five" told Geraldo Rivera that Americans who are vaccinated are "otherizing" the unvaccinated, as Media Matters reports.

"Otherizing" is a term used to describe how white majorities dehumanize minorities, often immigrants, as "others."

"Exterminationism" is exactly what it sounds like: genocide, especially of ethnic minorities.

The anti-vaxxers are now pretending their lives are being threatened, not by a deadly virus, but by the socially-responsible who chose to get vaccinated to protect themselves, their loved ones, neighbors, and co-workers.

Finally, Cain goes even further, walking a very close line to horrific historic events, either like the Japanese internment camps the U.S. created during World War II, or the camps Hitler where sent Jews to their deaths during the Holocaust.

"Absolutely," Cain claimed. "That's the next step. Putting the unvaccinated into someplace else, camps. Whatever it may be."