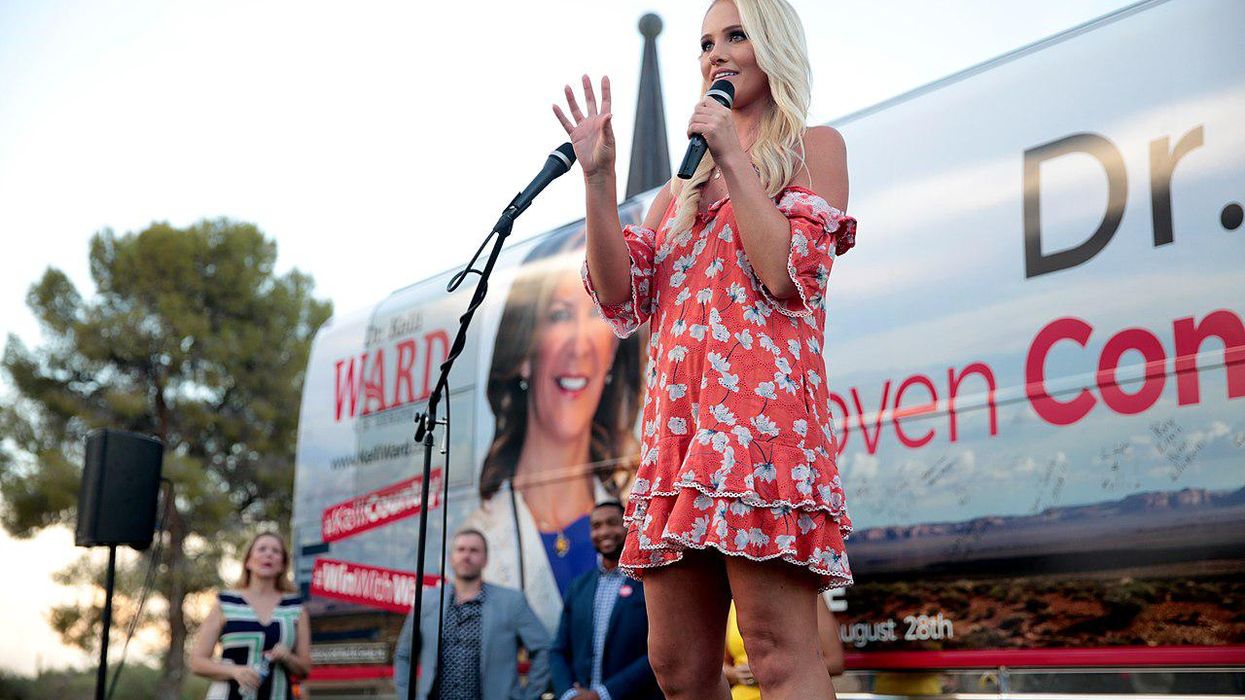 When Tomi Lahren appeared on Fox News' "Outnumbered" this week, the far-right pundit claimed that the only way California Gov. Gavin Newsom can possibly win California's gubernatorial recall election on September 14 is if widespread voter fraud occurs. It was a ridiculous comment given how Democratic California has become; a Republican presidential candidate hasn't won California since President George H.W. Bush in 1988. Regardless, no one on the "Outnumbered" panel challenged Lahren. And Washington Post media critic Erik Wemple, in his column, cites her remarks as a glaring example of Fox News "undermining American democracy."

Lahren told her colleagues, "Yes, Gavin Newsom has raised a whole lot of money from teachers unions and special interests and tech, but that money is not going to save him. The only thing that will save Gavin Newsom is voter fraud. So, as they say, stay woke. Pay attention to the voter fraud going on in California because it's going to have big consequences not only for that state, but for upcoming elections."

If Newsom prevails in the recall election, it won't be because of voter fraud — it will be because of Democratic turnout. That's why Vice President Kamala Harris, Sen. Elizabeth Warren of Massachusetts and other major Democrats have been campaigning for Newsom; they want to make sure enough Democrats show up at the polls on September 14.

Wemple notes that "the idiocy of" Lahren's comments went unchallenged on "Outnumbered."

"There were four other commentators on the air with Lahren," Wemple observes. "Not one of them asked her to elaborate on her claims about voter fraud…. Does Lahren really believe that voter fraud could be that widespread in California?"

Wemple goes on to say that Lahren is hardly the first person at Fox News who has promoted lies and bogus conspiracy theories about widespread voter fraud benefitting Democrats. When former President Donald Trump claimed, with zero evidence, that "serious voter fraud in Virginia, New Hampshire and California" occurred in the 2016 presidential election and that Hillary Clinton didn't really win the popular vote, his supporters at Fox News let it slide.

"Fox News has paid a price for that coverage, in the form of lawsuits from two voting firms — Smartmatic and Dominion Voting Systems — alleging that the network amplified Trump associates' claims that these companies had participated in a historic fraud," Wemple observes. "Fox News has argued that it was merely covering newsworthy topics and that its broadcasts were fully protected by the First Amendment. Lahren's comments about the specter of election fraud in the upcoming California recall are less actionable, considering that she didn't blame any particular company for the alleged wrongdoing. All she did was provide more sustenance to folks already inclined to believe the fraud claims — and there are plenty of them in California — without citing evidence. In other words, just another day at Fox News."