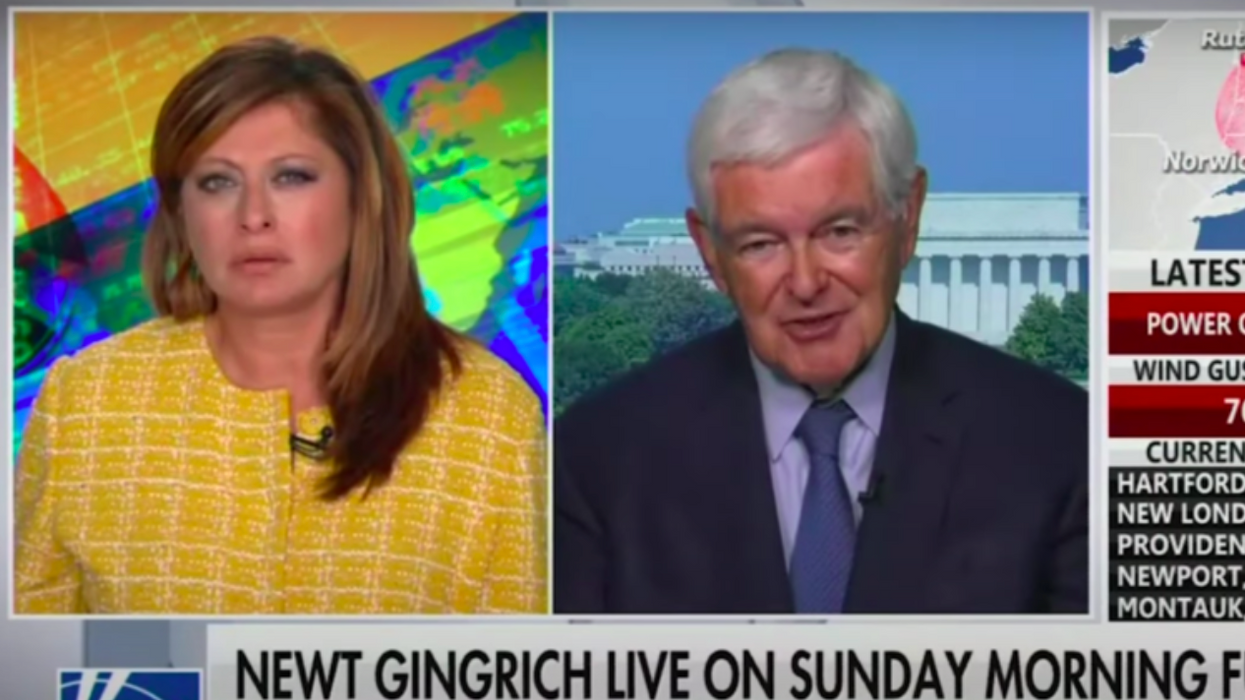 More recent polling indicates that California Gov. Gavin Newsom may survive the GOP recall and block the ascendance of a know-nothing radio show host who once served as a mentor to a young Stephen Miller. No matter what the polling says, the fact is that Larry Elder poses an existential threat to the state (and nation), and Californians must get out and vote no on recall.

Right-wing propagandists are also acting—but not necessarily to get out the vote. Media Matters reports that Fox News has already deployed a State Big Lie, telling its viewers that if Newsom defeats the GOP recall, it's because Democrats cheated. Within a roughly two-week period, several Fox News personalities and guests, including former House Speaker Newt Gingrich, "painted a lurid picture of vast election fraud in California."

Some claimants tried to be slick, like Fox News Primetime rotating host and former MTV Real World San Francisco contestant Rachel Campos-Duffy. Media Matters reported that while she brought up supposed voter fraud during an interview with Elder this week, it was to merely say that he was the one who had supposedly been concerned about it. Elder had no specific examples when prompted—of course, he didn't—but it didn't really matter. Campos-Duffy talked about it, Elder talked about it, it doesn't matter if the claims are bullshit, the job got done.

Meanwhile, others were not so slick. Media Matters reports that Fox Nation host Tomi Lahren claimed on Outnumbered that "[t]he only thing that will save Gavin Newsom is voter fraud," and that "it's going to have big consequences not only for that state but for upcoming elections." Oh, so not only is there a State Big Lie, but they're going to use it to further Future Big Lies. "It's not just Tami—baseless allegations of cheating and voter fraud are all across Fox News' discussions of the CA recall, laying the conspiratorial groundwork to allege it was stolen if it doesn't go their way," tweeted Media Matters' Lis Power.

"Some in media have argued that these right-wing talking points picked up recently because the early statistics on returned ballots have indicated that Democratic voters are not sitting the election out, and therefore the groundwork must be laid for a conspiracy theory to explain a possible Republican loss," the report said. But it noted that the disgraced former House speaker and continued blowhard was pushing these lies during an Aug. 22 appearance on Sunday Morning Futures, claiming Vice President Kamala Harris is "part of raising the money to pay for the cheating. I mean, it's just that simple. It's not complicated."

That's a pretty big fucking claim, and a responsible journalist would ask for receipts. But this is Fox News, and, specifically, Maria Bartiromo. "That is so extraordinary," she responded to Gingrich. "And that is the reason we continue to focus on all of these audits going on across the country. We want fair and free elections."

Polling earlier this year showed a frighteningly tight race, with a UC Berkeley Institute of Governmental Studies survey co-sponsored by the Los Angeles Times finding that 50% of California voters opposed the GOP recall. One poll since then, by the Public Policy Institute of California, showed about 57% of likely voters, including 66% of likely Latino voters, opposing the GOP recall. "Democrats account for more than half of the 6.4 million ballots turned in as of Tuesday, while Republicans account for just under a quarter, according to Political Data Inc., a firm that uses state, county, and commercial data to analyze the electorate," the LA Times reported.

The report said that Democrats are also seeing "a towering advantage in money," in fact "more than three times as much as the pro-recall forces and the GOP candidates combined." That's all fine and dandy, but it's not over until it's over, and there's more work to do (even if you don't live in California) to ensure this GOP recall is defeated. Click here for both virtual and in-person get-out-the-vote opportunities. And remember, if you're an eligible California voter and haven't yet cast your ballot, vote "no" on the GOP recall.