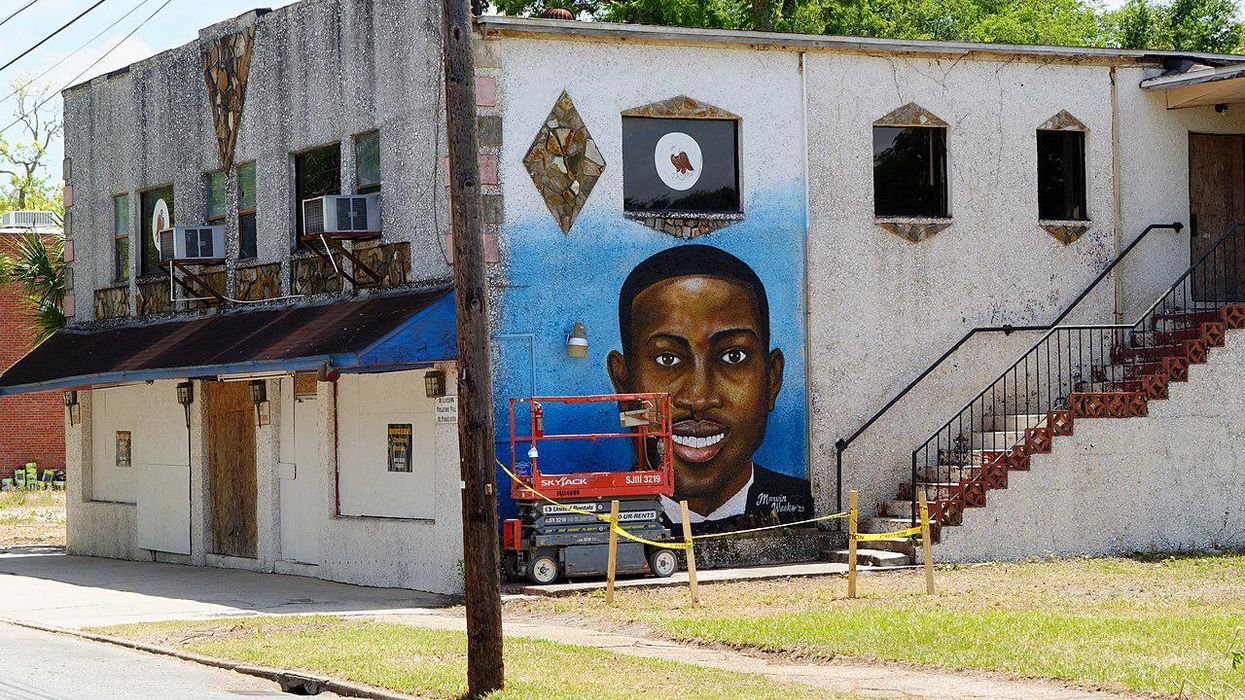 A mural in memory of Ahmaud Arbery in Brunswick, Georgia in May 2020, Wikimedia Commons
Alex Henderson
September 03, 2021

Three months before the May 2020 murder of George Floyd in Minneapolis, Ahmaud Arbery — an unarmed 25-year-old African-American man in Glynn County — was pursued by three white men and fatally shot. Now, according to the Associated Press, a former Glynn County prosecutor is facing misconduct charges for allegedly using her position to protect the men involved in that incident.

Arbery was jogging in Glynn County on February 23, 2020 when Greg Michael and his son Travis McMichael saw him and pursued him in a pickup truck. Their neighbor William "Roddie" Bryan joined them in the chase and used his cell phone to film Travis McMichael shooting Arbery. Greg and Travis McMichael claimed that they thought Arbery was a burglar.

Bynum explains, "Police did not charge any of them immediately following the shooting, and the McMichaels and Bryan remained free for more than two months until the Georgia Bureau of Investigation took over the case. All three were charged with murder in May 2020 and face trial this fall."

The AP reporter continues, "Greg McMichael had worked as an investigator in Johnson's office and left her a cell phone message following the shooting. The indictment says Johnson showed 'favor and affection' toward Greg McMichael in the investigation and interfered with police officers at the scene by 'directing that Travis McMichael should not be placed under arrest.' Johnson has insisted she did nothing wrong, saying she immediately recused herself from the case because Greg McMichael was a former employee."

Arbery's death inspired protests from Black Lives Matter and other activist groups not only in Georgia, but all over the United States — and the killing of Floyd in Minneapolis on May 25, 2020 increased interest in the Arbery case. At some of the "Justice for George Floyd" protests during the Summer of 2020, activists carried signs that showed photos or depictions of Arbery and said he was killed because he was "jogging while black."

During an August 2020 interview with France 24, Arbery's mother Wanda Cooper-Jones, said of her son and Black Lives Matter, "I'm glad Ahmaud is going to be a part of this movement. I think Ahmaud is in heaven, and he's pleased he's a part of it."

Johnson ran for reelection in 2020 but lost, which she attributes to negative publicity surrounding the Arbery case.