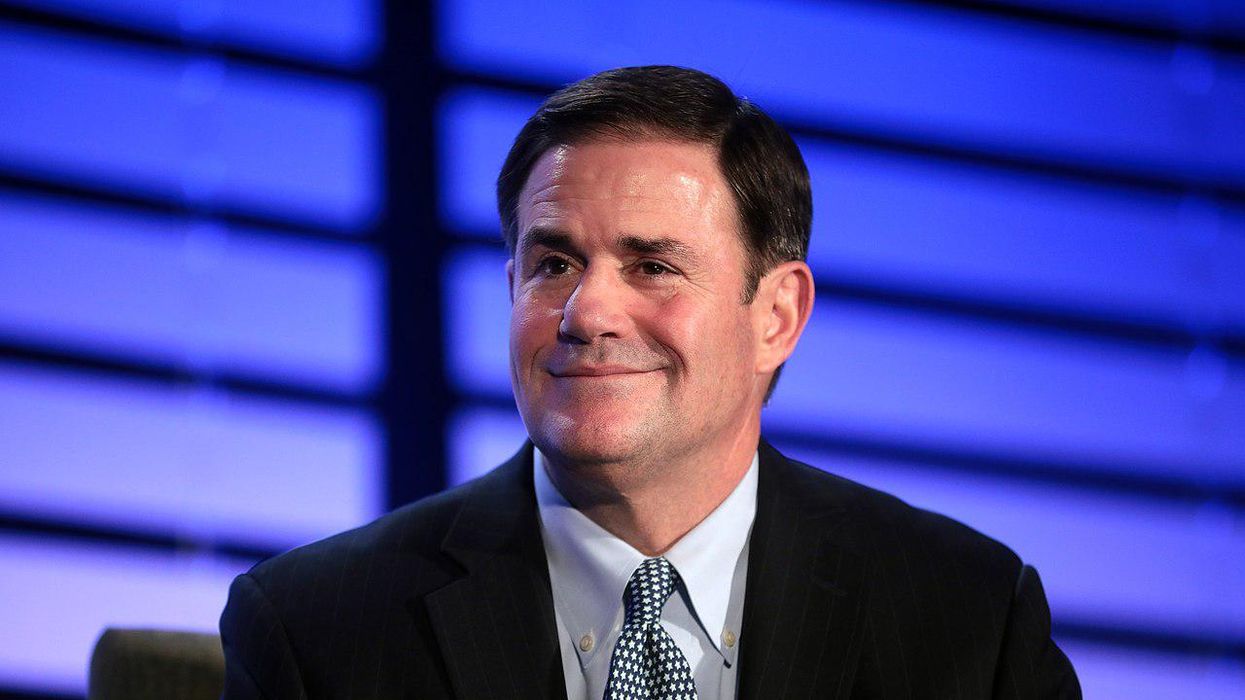 In Arizona, Republican Gov. Doug Ducey's staffers pushed a deal to bring major tax refunds to one of his supporters — and now, according to Arizona Republic reporter Craig Harris, the FBI's Public Corruption Unit is investigating.

"Grant Nulle, former deputy director at the (Arizona) Department of Revenue, said an FBI agent contacted him in mid-July, shortly after an Arizona Republic investigation uncovered how the Ducey Administration had pushed the Department to agree to refund sales taxes on fuel for mining companies, even though that tax had been in place for decades," Harris reports. "The companies that stood to benefit were represented by Texas tax firm Ryan LLC, founded by Ducey supporter G. Brint Ryan. The top three deputies in Ducey's administration left their government jobs and went to work for Ryan to push for the tax refund."

According to Harris, Ducey's staffers met with Arizona Department of Revenue officials "at least 16 times to insist that the Department — which was under their oversight in the governor's office — agree to stop opposing Ryan and issue a tax refund to one fuel company."

"That, officials said, would have triggered refunds in all other similar cases, costing the state's general fund more than $100 million," Harris explains. "Nulle, who along with ex-Revenue Director Carlton Woodruff, opposed the giveaway, succeeded when an appellate court ruled in their favor and opposed the tax refund claims. Ducey later fired both men."

Nulle, according to Harris, has since moved his family out of Arizona.

The Arizona Department of Revenue's former deputy director told the Arizona Republic, "They are investigating the whole situation, but I don't know what they have. I do know I have zero plans to ever come back to Arizona. But if I was to become a witness, I'd be on the first plane back to Phoenix."

Harris notes that the Republic spent half a year "poring over more than 3500 pages of court records, financial reports, internal e-mails, as well as scribbled sign-in logs, travel records and calendar entries from three state offices."

"The investigation examined how the state's conflict-of-interest laws require a one-year waiting period before representing a private business in front of state government," according to Harris. "The (Ducey) Administration said that law didn't apply to Ducey's aides because they didn't work for the Revenue Department — instead, they helped oversee it."