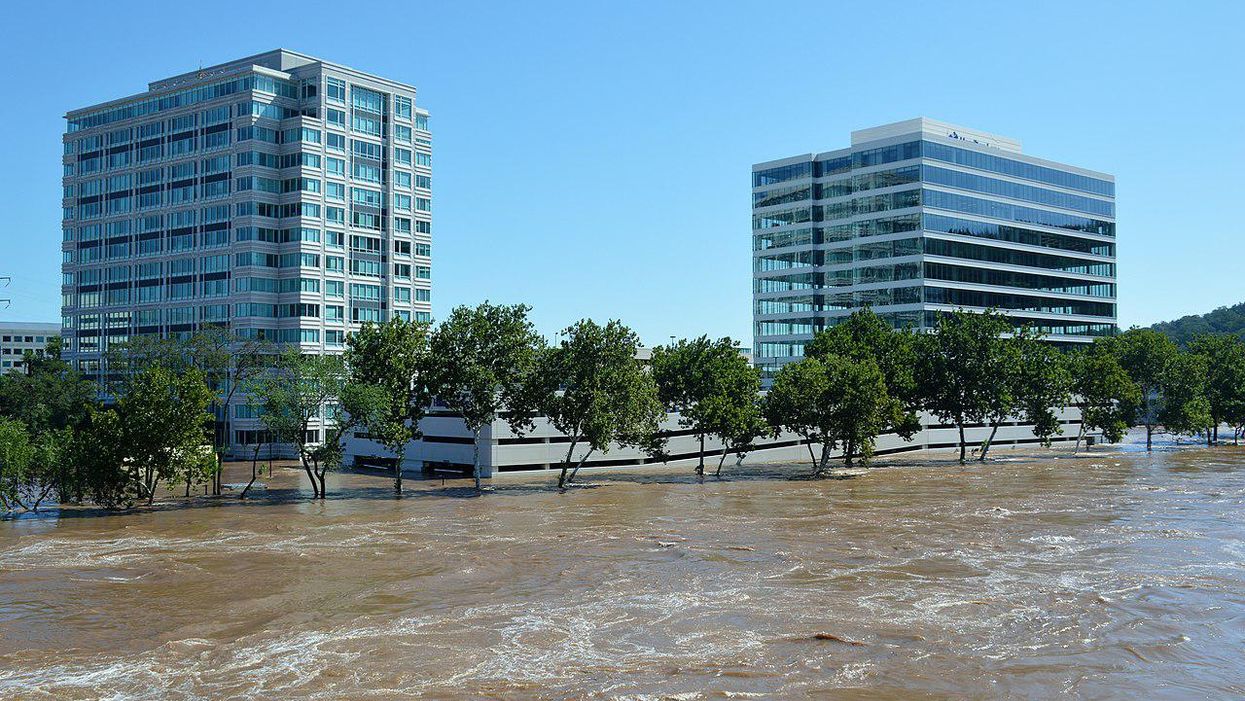 While the United States' west coast was battling wildfires on September 1, the Northeastern Corridor suffered tornadoes, torrential rainfall and record flooding — and major streets in New York City and Philadelphia looked like rivers thanks to the remnants of Hurricane Ida. These events underscored the brutal reality of climate change — a reality that liberal economist and New York Times columnist Paul Krugman addresses in his September 2 column, slamming corporations that are unwilling to take a tax increase that would be used to help pay for green energy programs.

"The dangers of climate change are no longer hypothetical," Krugman warns. "The extreme weather events we've recently seen around the globe — severe drought and forest fires in the American West; intensified hurricanes, catastrophic flooding in Europe; heat waves pushing temperatures in the Middle East above 120 degrees — are exactly the kinds of thing climate scientists warned us to expect as the planet warms. And this is just the beginning of the nightmare."

Krugman has first-hand experience with the nightmare he addresses in his column. The economist lives in New York City, where the city's subway system was so badly flooded on September 1 that it had to be shut down. Meanwhile, 90 miles away in Philadelphia, the Schuylkill River reached flood stage, and the city's Vine Street Expressway was shut down because of the flooding.

Krugman writes, "What can be done to avoid catastrophe? Many economists favor broad-based incentives to limit emissions, such as a carbon tax…. If electricity becomes a clean power source, that would open the door to large reductions in emissions from vehicles, buildings and industry via widespread electrification. The good news is that (President Joe) Biden's proposals would provide a big push toward decarbonization."

But the "bad news," according to Krugman, is that "if these proposals aren't enacted, it will probably be a very long time — quite possibly a decade or more — before we get another chance at significant climate policy."

"Let's face it: There's a good chance that Republicans will control one or both houses of Congress after the midterm elections," Krugman laments. "And at this point, climate denialism has a deathlike grip on the GOP."

Democratic proposals, Krugman notes, are offering "our last chance to do something meaningful to limit climate change."

"If taxes must be raised, the public wants to see them raised on corporations," Krugman explains. "But corporations, not surprisingly, don't want to pay. So, corporate opposition to the Biden plan is understandable. It's also unforgivable."

Corporations that don't want to support climate change legislation, Krugman argues, "need to be named and shamed" along with "the handful of Democratic 'moderates' carrying their water."

"Remember, this isn't an ordinary policy dispute, which can be revisited another day," Krugman warns. "This is Zero Hour, and those who don't do the right thing now won't get a second chance."