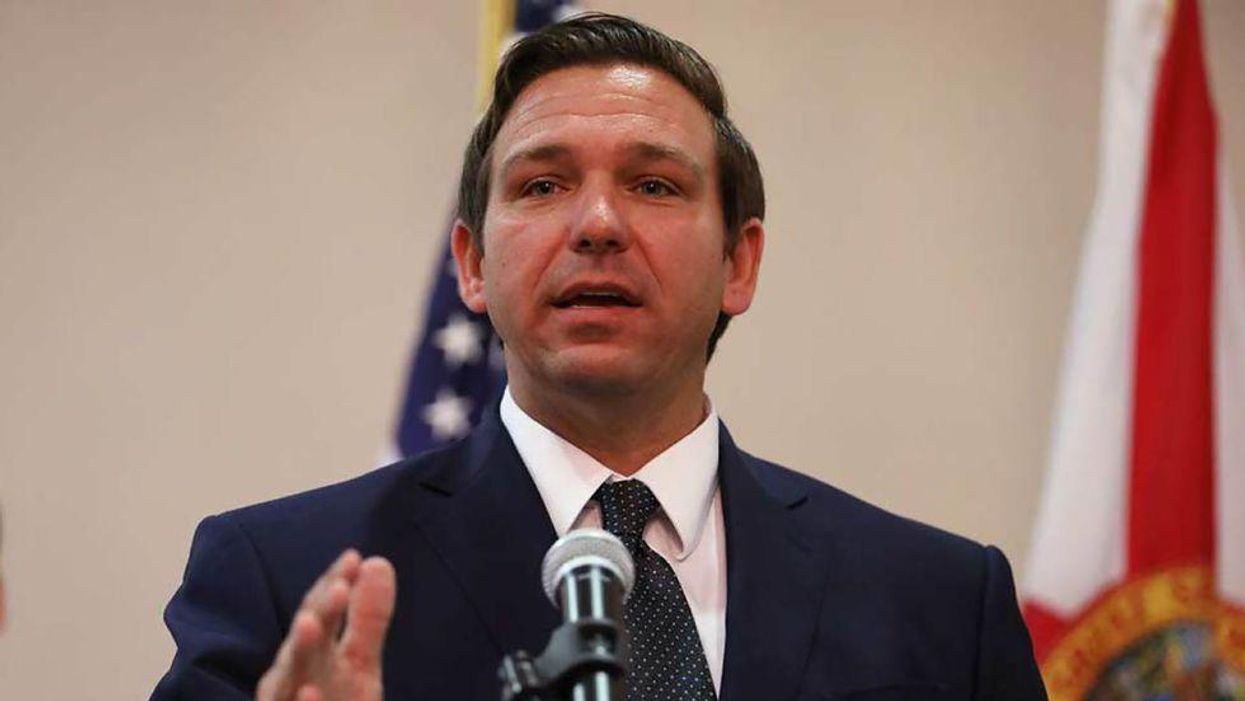 In the fight to strip their constituents of their right to protest, Republican governors in states throughout the country have been pushing legislation to criminalize protesting. Well, a federal judge said I don't think so on Thursday to Florida Gov. Ron DeSantis, who signed what he dubbed "the strongest anti-rioting, pro-law-enforcement piece of legislation in the country" on April 19. He and other GOP politicians have been particularly vocal about such legislation since the murder of George Floyd and the widespread protests for justice the Black father's death inspired. U.S. District Judge Mark Walker wrote in a ruling obtained by The Washington Post that the governor's "new definition of 'riot'" lacks specificity and criminalizes "vast swaths of core First Amendment speech."

Responding to a lawsuit from social change organizations Dream Defenders and the American Civil Liberties Union, Walker said DeSantis' law changed the "common law definition of riot." "Tossing Molotov cocktails at the police station with 10 of your best friends is clearly rioting," Walker wrote, but the GOP governor's law isn't that detailed.

The law banned "willfully participating in a violent public disturbance" but fails to specify what that is, the Post reported of Walker's ruling. "Is it enough to stand passively near violence?" he wrote. "What if you continue protesting when violence erupts? What if that protest merely involves standing with a sign while others fight around you? Does it depend on whether your sign expresses a message that is pro- or anti-law enforcement? What about filming the violence? What if you are in the process of leaving the disturbance and give a rioter a bottle of water to wash tear gas from their eyes?"

The ACLU Florida wrote in a news release about the lawsuit that it "targets Black protestors and their allies who demand racial justice and has already slowed protest activity among Black organizers in Florida."

Activists stated in the lawsuit:

"The Act is rife with constitutional infirmities. By defining new protest-related crimes, and by amending the definitions of terms like "riot" to extend far beyond their historical, common-law roots, Florida now permits the arrest, detention, and prosecution of protestors who are not engaged in criminal conduct, but rather who simply participate in certain protests. At the same time, the Act creates mandatory minimums for certain offenses and prohibits bail for those arrested—ensuring that even wrongfully detained non-violent protestors must remain in custody for extended periods of time. The law also allows those who intentionally injure or kill protestors to escape civil liability for their conduct. And the Act includes new offenses that, as written and intended, will be applied to such basic free-speech activities as electronically posting the name and email address of a state legislator or sheriff—public figures—on the Internet. The enactment of these overbroad and vague offenses, coupled with heightened penalties for existing ones, serves to do exactly what was intended—i.e., silence Black people and their allies who protest racial injustice."

Ultimately, Walker's decision to deem the law unconstitutional in a 90-page ruling supports activists' interpretation of the law. "If this court does not enjoin the statute's enforcement, the lawless actions of a few rogue individuals could effectively criminalize the protected speech of hundreds, if not thousands, of law-abiding Floridians," Walker wrote.

Democrat and State Agriculture Commissioner Nikki Fried, who is running for governor, called the law "dangerous and discriminatory" in a media statement. "Today's injunction is a win for Floridians' First Amendment rights, blocking enforcement of a dangerous and discriminatory law," she said. "We have now seen three court decisions in as many days where the judicial system has confirmed what we have long known: The Governor's continued attempts to strong-arm and silence opponents are unconstitutional."