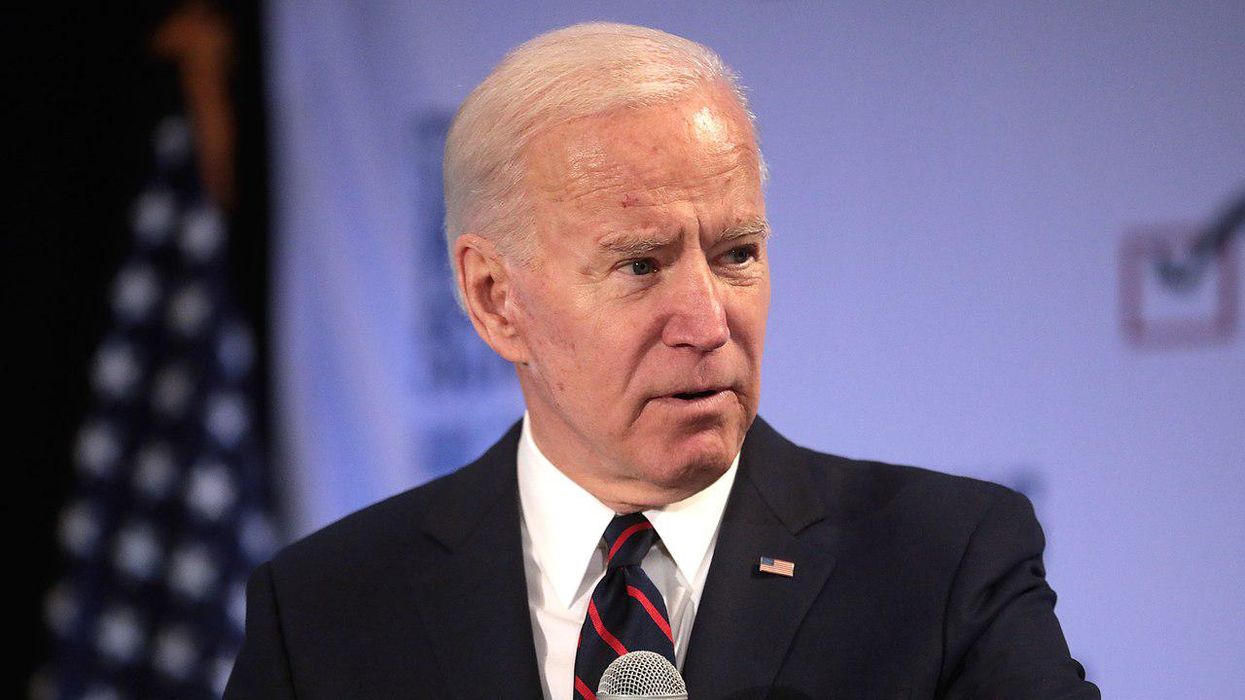 President Joe Biden's American Jobs Plan proposal would raise the United States' corporate tax rate to 28% in order to pay for infrastructure projects. Some large corporations, journalist Akela Lacy stresses in an article published by The Intercept on September 6, have been aggressively lobbying against that proposal — and they include everything from pharmaceutical companies to financial firms, some of which dodged a fortune in taxes.

"Companies that…. lobbied earlier this year on issues related to tax rates in Biden's American Jobs Plan include Walmart, Oracle, Accenture, Bristol Myers Squibb, Shell and Walgreens, according to an analysis by Accountable.US, a nonpartisan watchdog group focused on public corruption," Lacy explains. "Executives at companies that have historically avoided paying taxes, like Johnson & Johnson, JPMorgan Chase, FedEx, and DuPont, have spoken out publicly against Biden's proposed tax increases."

Lacy continues, "Shell and Walgreens lobbied earlier this year on corporate tax issues in the American Jobs Plan. Walmart hired a lobbying firm tasked with 'monitoring of tax proposals related to infrastructure' in the plan and proposed legislative efforts related to Donald Trump's 2017 tax cuts. Accenture hired another firm to 'monitor the American Jobs Plan as it relates to corporate taxes.' Oracle and Bristol Myers Squibb, a multinational pharmaceutical company, used the same firm hired by Accenture to monitor and lobby on similar issues in the proposal."

Lacy goes on to note how successful some of these mega-corporations have been when it comes to dodging taxes — and not only in the United States.

"A Reuters report last year found that from 2018 to 2019, Shell reported $2.7 billion through offshore tax havens and avoided paying hundreds of millions of dollars in taxes," Lacy writes. "In 2019, Australia charged Shell $755 million for six years' worth of taxes the company did not pay. The company reported that after getting tax refunds related to the closure of oil platforms, it paid no corporate income tax in the U.K. in 2018 on $731 million in profits."

Lacy points to Walgreens as another company that knows how to dodge taxes.

"Between 2008 and 2014," Lacy explains, "Walmart held more than $23.3 billion in offshore accounts and avoided paying more than $4.59 billion in U.S. taxes, according to a 2016 Oxfam report. In an arrangement internally known as Project Flex, the company routed money through an allegedly fictitious Chinese subsidiary, Quartz reported, which allowed it to avoid paying $2.6 billion in U.S. taxes between 2014 and 2017. The 2016 report from the U.S. PIRG, CTJ, and ITEP also found that Walmart reported zero tax haven subsidiaries despite having as many as 75."