Christian nationalists’ end game may not be abortion and Roe v. Wade 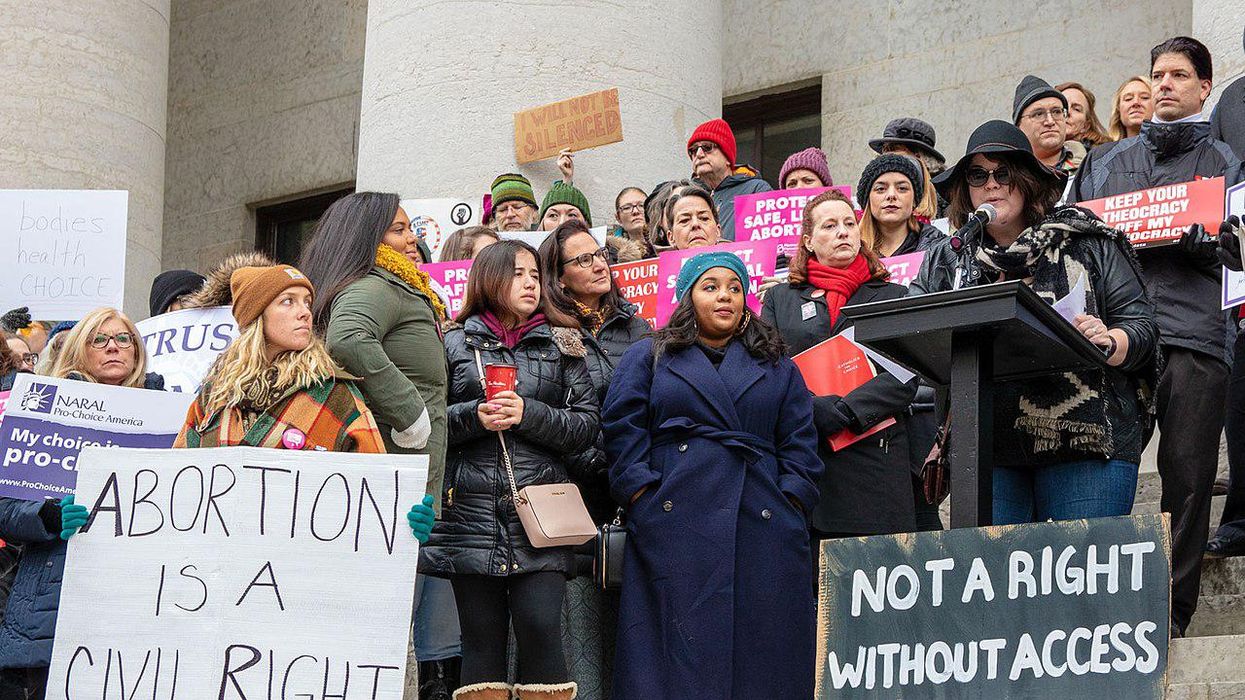 With Texas' draconian new anti-abortion law having gone into effect on September 1 and the U.S. Supreme Court, in a 5-4 decision, letting it stand, reproductive rights activists fear that it is only a matter of time before the High Court strikes down Roe v. Wade — the 1973 ruling that, in effect, legalized abortion throughout the United States. But the Christian right's end game may go beyond overturning Roe, and its ultimate goal may be overturning Griswold v. Connecticut and criminalizing all forms of contraception.

Handed down by the Warren Court in 1965, Griswold v. Connecticut was a 7-2 decision that struck down a Connecticut law prohibiting the use of contraception by married couples. The Griswold in the case was the late feminist Estelle T. Griswold, who served as director of Planned Parenthood in Connecticut. Griswold was a right-to-privacy decision, and it helped pave the way for the Roe decision eight years later — which is one of the reasons why Christian nationalists and far-right social conservatives hate the Griswold ruling as much as they hate Roe v. Wade.

The High Court upheld Griswold in 1972 with its ruling in Eisenstadt v. Baird, which ruled that unmarried couples also had a right to contraception.

Christian nationalists, like far-right Islamist groups such as the Taliban, al-Qaeda, Boko Haram and ISIS (Islamic State, Iraq and Syria), believe that contraception in general is a sin. And many feminists and abortion rights activists have stressed that the Christian right not only want to outlaw abortion, but also, all forms of contraception.

In June 2018, after Justice Anthony Kennedy announced that he was retiring, Genevieve Scott — a senior staff attorney at the Center for Reproductive Rights — told Salon, "An extremely conservative justice who would be interested in overturning Roe v. Wade would also be a threat to the right to contraception. The future of both access to abortion and access to birth control, as well as women's reproductive rights when they are pregnant, is really on the line here…. The privacy right that is recognized in Roe v. Wade is actually derived, in part, from the prior decision in Griswold v. Connecticut."

Law professor Jessica Mason Pieklo, speaking to Salon in June 2018, also feared that Griswold v. Connecticut could be on the chopping block. Pieklo warned, "The contraception decisions are the cornerstones of reproductive and sexual privacy. If you really want to undo those protections, it's not enough to undo Roe, for example. You need to go back and really get to that heart of the right of privacy."

Pieklo added, "It's something that conservatives have been complaining about forever. They don't just say that abortion is wrongly decided. They talk about this Court creating a right of privacy where one does not exist."

The U.S. Supreme Court is even more right-wing in 2021 than it was in June 2018 when Scott and Pieklo spoke to Salon. Kennedy was replaced by Justice Brett Kavanaugh, a hard-right social conservative. And after liberal Justice Ruth Bader Ginsburg's death in 2020, she was replaced by Justice Amy Coney Barrett — an extreme social conservative along the lines of Justice Clarence Thomas and the late Justice Antonin Scalia.

Kennedy, appointed by President Ronald Reagan in 1987, was a right-wing libertarian who was fiscally conservative but often sided with Ginsburg when it came to social issues such as abortion and gay rights. Like Ginsburg, Kennedy strongly supported right-to-privacy decisions. But with Kennedy and Ginsburg now gone, the High Court is dominated by social conservatives — and many social conservatives believe that there is no right to privacy in the U.S. Constitution. In fact, Thomas has described the right to privacy as an "invention" — a view that Kennedy and Ginsburg obviously didn't share.

It isn't hard to find far-right wingnuts claiming that Griswold, like Roe, was wrongly decided and that the right to privacy is a myth. On May 30, 2019, the National Review published an article by theocrat Declan Leary headlined "The Farce of Griswold v. Connecticut."

Leary wrote, "Griswold v. Connecticut is among the most indefensible bits of jurisprudential acrobatics in the entire American legal tradition. And a good portion of the other rulings that could possibly challenge it for that dishonor are those later decisions — Roe v. Wade is the prime example — that cite the supposed 'right to privacy' that the Court invented out of thin air in order to justify its ruling in Griswold."

Another far-right extremist, radio host Mark R. Levin, made similar arguments in an article the National Review published on May 14, 2005. Levin would love to see Griswold struck down along with Roe.

If the Supreme Court strikes down Roe v. Wade, it would pave the way for striking down Griswold v. Connecticut as well — along with other right-to-privacy decisions such 2003's Lawrence v. Texas (which struck down a Texas sodomy law as unconstitutional), 1969's Stanley v. Connecticut (which says that simple possession of adult pornography is not a crime even if it is obscene) and 2005's Obergefell v. Hodges (which legalized same-sex marriage nationwide).

The intense opposition to contraception is rooted in a form of hyper-nationalism. As Islamic fundamentalists and jihadists see it, women should have as many babies as possible regardless of their ability to take care of them; doing otherwise, in their view, is an attack on Islamic society. And similarly, the Christian right views contraception as an attack on Christian society and believes that there should be no separation of church and state in the U.S. The main difference between the Christian right and the Taliban or al-Qaeda is that the Christian Right wants a society governed by strict Christian fundamentalism, not Islamist Shariah law.

Of course, not all people of faith share those extremist views. There are plenty of Christians, Jews, Muslims and Hindus in the world who realize that family planning is a positive thing and favor a separation of church and state. But religious fundamentalists believe that contraception of any form is contrary to God's will.

If Roe v. Wade falls, there is no reason to believe that Griswold v. Connecticut is not far behind.