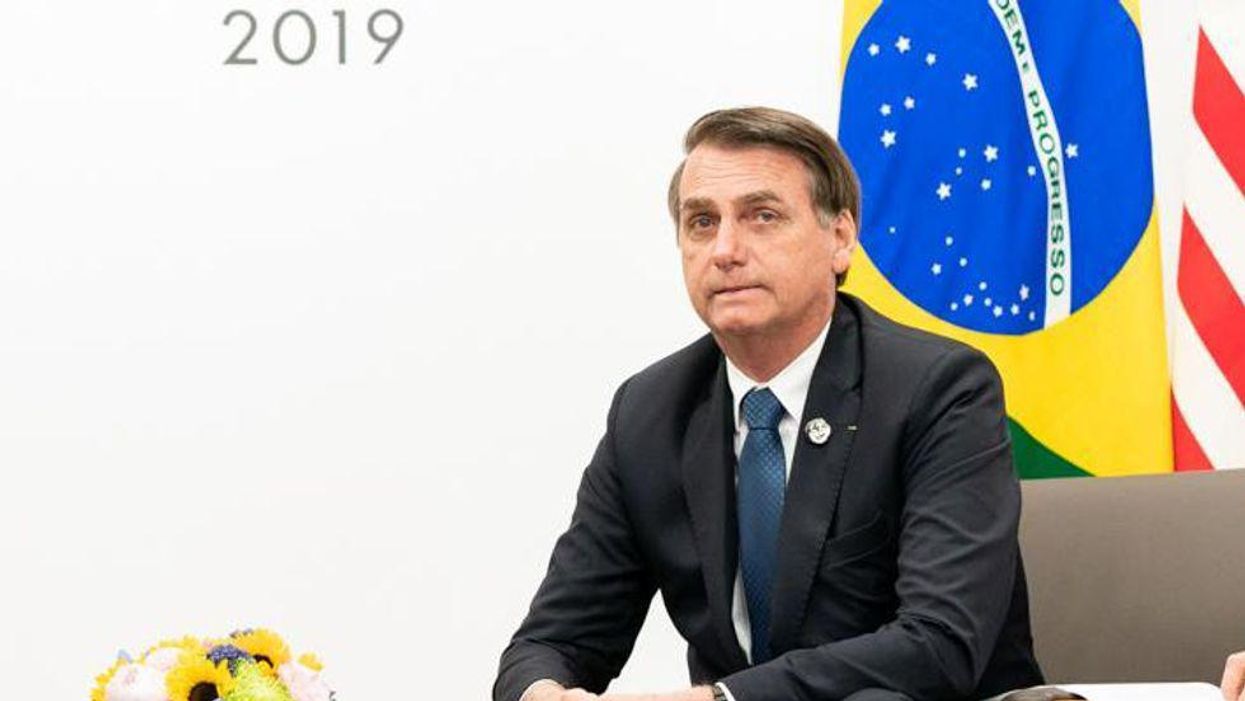 Opponents of Brazilian President Jair Bolsonaro took to the streets and to social media Tuesday to counter large pro-government, anti-judiciary demonstrations, and to condemn what they called the "genocidal" right-wing leader's attempt to subvert democracy and foment a coup d'état.

A day after Bolsonaro supporters violently broke through police barricades near the National Congress in Brasília and threatened to invade the Supreme Federal Court (STF), many tens of thousands of demonstrators rallied in the capital to back the president's continued targeting of the judiciary and integrity of the upcoming election.

Large right-wing protests also took place in São Paulo, Rio de Janeiro, and other cities throughout the nation on Tuesday, Brazil's independence day. Protesters called for the dismissal of STF justices, an end to corruption inquiries against the president, the criminalization of communism, and military intervention.

Countering the demonstrations with chants of "genocide," "Bolsonaro out," and "impeachment now," pro-democracy protesters marched in nearly 200 Brazilian cities and towns, as well as in at least seven countries around the world.

Vowing that "no democratic freedom will fall," Tatianny Araújo of the Feminist Resistance movement told Carta Capital at a demonstration in central Rio de Janeiro that "September 7 is our day, for the people."

Federal Deputy Talíria Petrone (Socialism and Liberty Party/PSOL-Rio de Janeiro) tweeted from the Rio protest that "hate does not intimidate us," and that she stood "against the murderous policies of Bolsonaro and his coup supporters."

Addressing a massive crowd in Brasília Tuesday, Bolsonaro made what leading media outlets called "coup threats" against the STF, Chief Justice Luiz Fux, and other justices, who the president said would "suffer what we don't want."

Bolsonaro called on the Senate to impeach STF Justice Alexandre de Moraes, who last week ordered the arrests of two of the president's supporters after one threatened to invade the STF and the other said he would kill Moraes and his family.

The president also blasted STF Justice Luís Roberto Barroso, the head of the Superior Electoral Court, who has dismissed Bolsonaro's unfounded claims that the country's electronic voting system is susceptible to fraud. Last month, Bolsonaro called Barroso a "son of a bitch" after threatening to disregard the outcome of next year's presidential election unless paper ballots are used.

Following Bolsonaro's speech on Tuesday, Federal Deputy Bruno Araújo (Brazilian Social Democratic Party/PSDB-Pernambuco) tweeted that his party has called a special executive meeting Wednesday "in light of the very serious statements made by the president of the republic today, to discuss the party's position on the opening of impeachment and eventual legal measures."

In July, Brazilian lawmakers and civil society groups representing a wide range of political parties and ideologies filed a "super-request" for Bolsonaro's impeachment, merging 123 previous petitions to remove the president from office based on 23 alleged crimes.

Tweeting that impeachment is Bolsonaro's "destiny," Sen. Alessandro Vieira (Cidadania-Sergipe) called the president a "coup criminal who manipulates the masses to hide rachadinhas... and the incompetence that threw Brazil into a gigantic health, economic, and social crisis," a reference to the embezzlement scheme allegedly supervised by Bolsonaro, and his administration's mishandling of the Covid-19 pandemic.

Bolsonaro—whose approval rating has plummeted to an all-time low of 23%—also stands accused of genocide and ecocide for his unapologetic exploitation of the Amazon and disregard for Brazil's Indigenous people.

In a speech marking Brazil's independence holiday, Luiz Inácio Lula da Silva—the popular former president who is eligible to run in the 2022 presidential election after his political rights were restored by the FST in March—accused Bolsonaro of fueling "division, hatred, and violence," as well as slashing funding for the social programs that lifted millions of Brazilians from poverty and hunger during the Workers' Party administrations of da Silva and his successor, Dilma Rousseff.