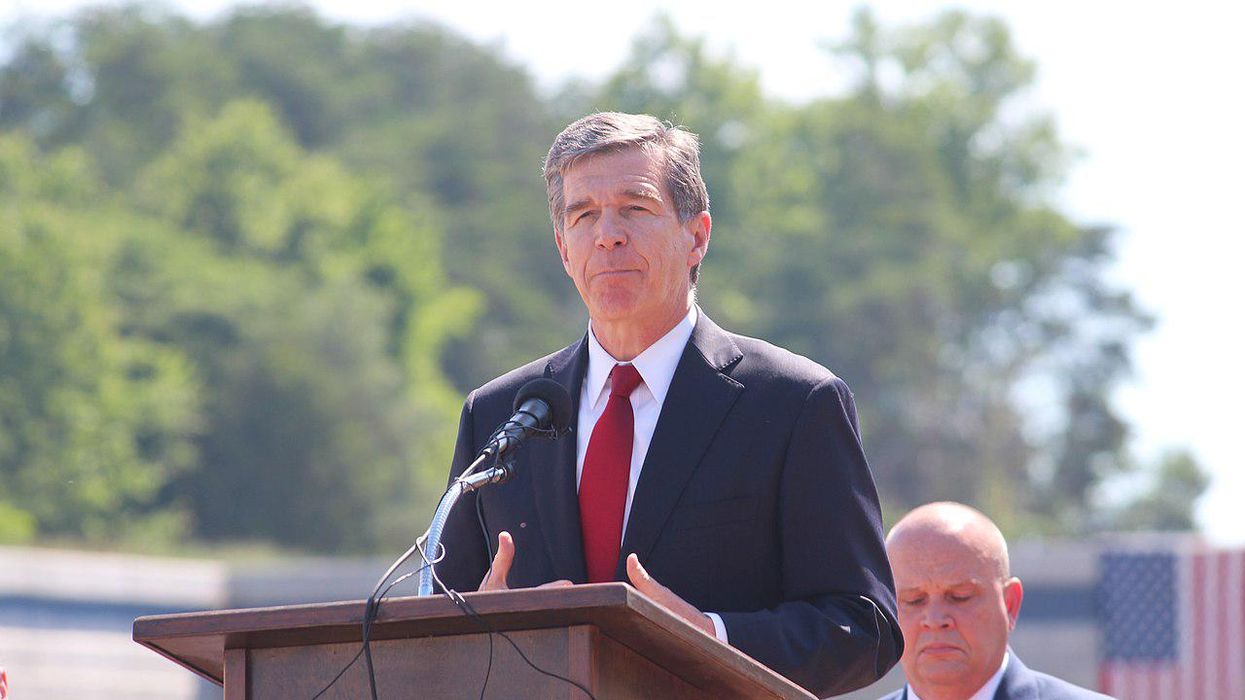 All around the United States, far-right Republicans in state legislatures have been pushing bills that propose outlawing the teaching of Critical Race Theory in public schools. But in North Carolina, Democratic Gov. Roy Cooper has vetoed such a bill.

The GOP-sponsored bill that Cooper vetoed was North Carolina House Bill 324, a.k.a. the Ensuring Dignity and Nondiscrimination/Schools Act, which according to News & Observer reporter Dawn Baumgartner Vaughan, passed in both houses of the North Carolina Legislature "completely along party lines."

CRT studies argue that racism of the past continues to affect institutions in the present. GOP-sponsored bills forbidding CRT studies in public schools are an example of a solution in search of a problem, as CRT is a type of academic study that is taught in some colleges and universities — not in middle school or high school. Moreover, far-right Republicans often mischaracterize CRT studies as anti-white, which they aren't. CRT studies will argue, for example, that Jim Crow laws, although abolished in the 1960s, continue to affect U.S. institutions in 2021, but they aren't claiming that all whites are inherently racist. Such nuances fall by the wayside, however, when pundits at Fox News or Newsmax TV use fear-mongering over CRT to drive ratings and terrify their audiences.

Cooper, in an official statement explaining his veto of HB 324, said, "The legislature should be focused on supporting teachers, helping students recover lost learning, and investing in our public schools. Instead, this bill pushes calculated, conspiracy-laden politics into public education."

One of the arguments against the anti-CRT bills Republicans have been pushing in state legislatures is that they discourage teachers from even talking about the history of racism in the U.S.

HB 324 said that teachers in North Carolina public schools could not "promote" claims that "one race or sex is inherently superior to another race or sex" or that "an individual, solely by virtue of his or her race or sex, is inherently racist, sexist, or oppressive." But CRT does not claim that Whites are inherently racist, only that systemic racism persists in U.S. institutions. Moreover, CRT isn't being taught in public schools to begin with, only at some colleges and universities.

In an official statement on September 10, Cooper said, "People who commit crimes during riots and at other times should be prosecuted, and our laws provide for that. But this legislation is unnecessary and is intended to intimidate and deter people from exercising their constitutional rights to peacefully protest."