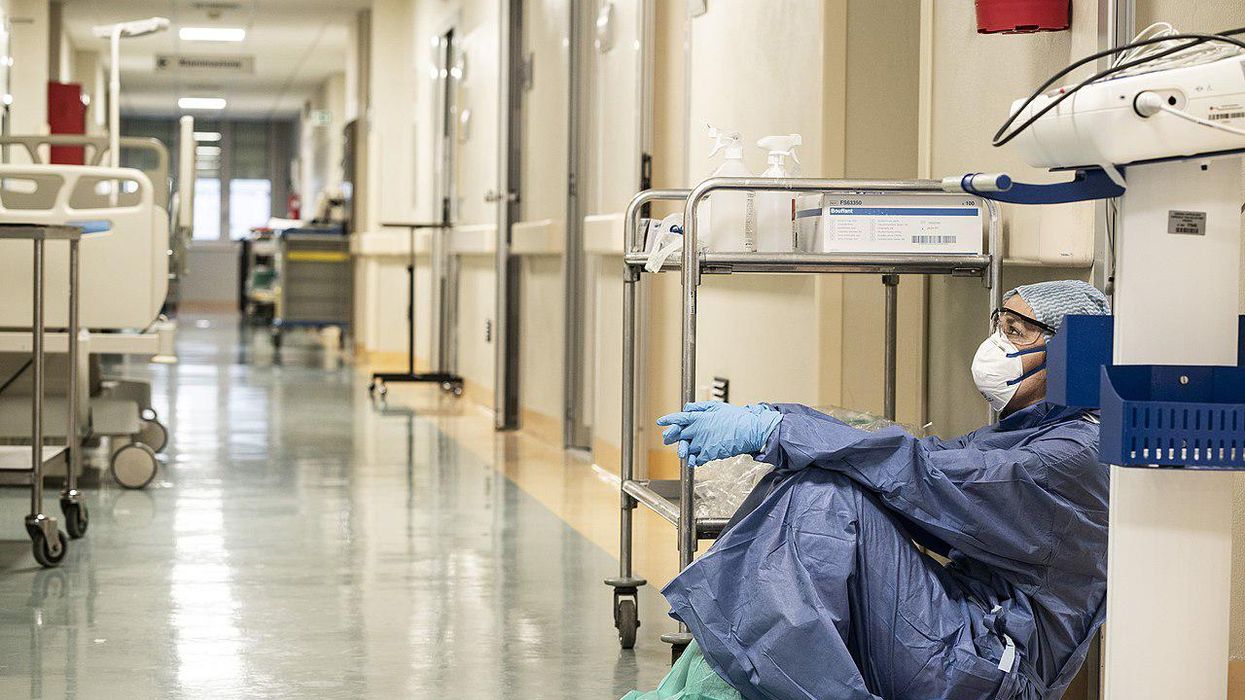 Countless Republicans, terrified of the MAGA movement, have been afraid to criticize anti-vaxxers and anti-maskers — even though the COVID-19 pandemic, according to Johns Hopkins University in Baltimore, has killed more than 4.6 million people worldwide. But Rep. William M. Marsh, who serves in the New Hampshire House of Representatives, is not one of them. On Tuesday, September 14, Marsh announced that he was leaving the GOP and becoming a Democrat because of the New Hampshire Republican Party's anti-vaxxer position.

In an official statement, Marsh announced, "I cannot stand idly by while extremists reject the reasonable precautions of vaccinations and masks. And so, I have reluctantly changed my party affiliation. I urge others to consider what is happening and come to their own conclusions."

Marsh also stated, "I have come to realize a majority of Republicans, both locally and in the NH House, hold values which no longer reflect traditional Republican values. And so, I am recognizing the reality that today's Republican Party is no longer the party I first joined when campaigning for President Reagan many years ago."

President Joe Biden, frustrated by anti-vaxxers and seeing many hospitals being overwhelmed with COVID-19 patients, recently announced a comprehensive vaccine mandate for federal government employees and larger businesses. Many MAGA Republicans have responded by playing politics and accusing Biden of being a tyrant, but Marsh is refusing to go along with them.

The New Hampshire lawmaker, in an interview with NBC 10 Boston, said of Republicans in the New Hampshire House of Representatives, "They're calling for a special session to basically do the same thing (Florida Gov. Ron) DeSantis is doing in Florida…. The faction that's currently dominant in the Republican Party in the House in New Hampshire opposes vaccines and masks and mandates of any kind, and are of the opinion that public health measures are unconstitutional. I believe Supreme Court case law shows that not to be the case."

Marsh believes that the New Hampshire GOP has been overtaken by extremists. The conservative lawmaker said of New Hampshire Republicans' anti-vaxxer and anti-masker views, "It's crazy. We need to use every tool at our disposal so our kids can get the education they need."