'A device to enslave children': Anti-mask Florida father rants to school board about the ‘deep state' 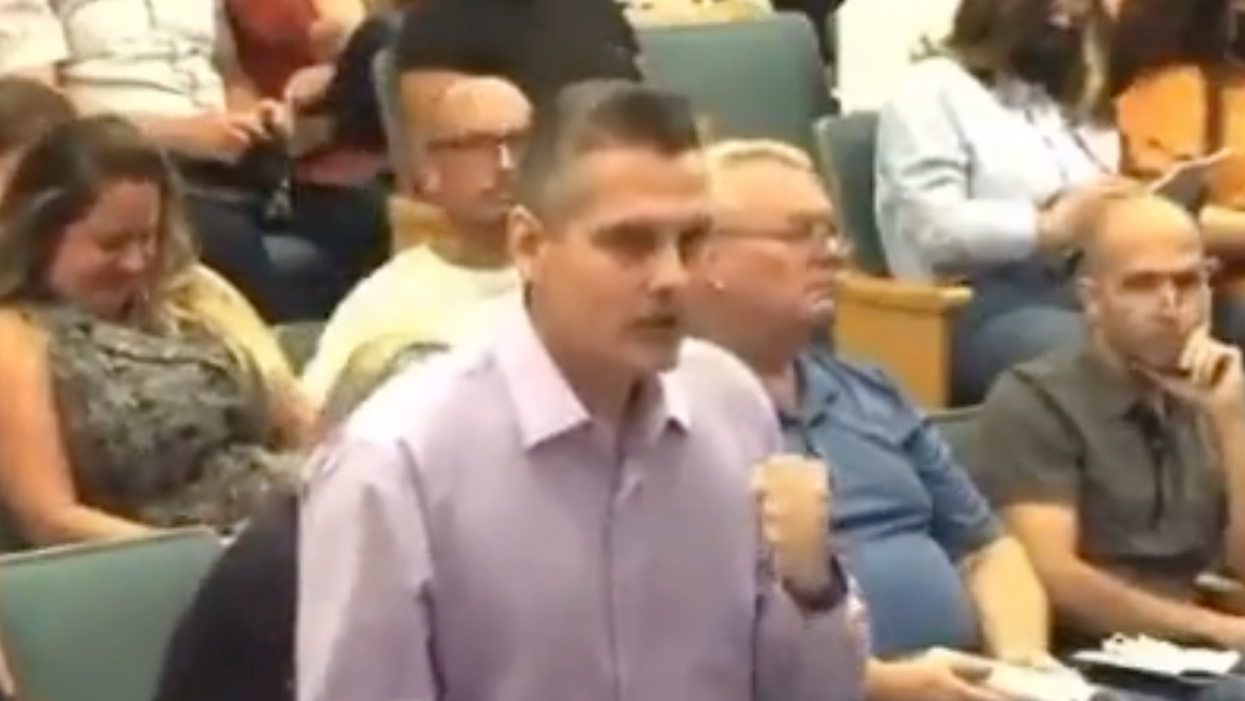 The Seminole County, Florida school board has been holding a marathon meeting on masks, which started Thursday at 8:30 AM, and is still going on after nearly nine hours. While there were many anti-science extremists, one parent's speech stood out.

A man who identified himself as Jeff James declared "there are more variants planned," the vaccine is "not a vaccine it's an experimental drug," called mask mandates "charades," and falsely claimed that "masks don't work."

But James did not stop there.

"The deep state medical establishment wants all of us to be depopulated," he declared, before announcing his support for far right wing doctors whose anti-vaxx and science denialism have been repeatedly debunked. "I know you guys think that's a conspiracy theory but it's not. It's a conspiracy fact, they're all in cahoots with each other, to depopulate us, they want us divided. They want all of us to fight each other so they can win," he said, without actually explaining who "they" are.

"This is good versus evil, evil is not going to prevail. All you've done is awaken the sleeping giant here, every parent here wants freedom except maybe some of them that are brainwashed by the deep state media. I used to watch Fox News deliberately I'm a conservative I won't even watch that now," he said, adding what sounded through the applause like, "Hannity, all the rest of them are compromised."

He went on to say the people he does "listen to" include Dr. Sherri Tenpenny, and Dr. Scott Atlas.

Dr. Tenpenny, who falsely claims the coronavirus vaccine magnetizes people, and has suggested that vaccines "interface" with 5G cellular towers, according to The Washington Post. Scott Atlas was Donald Trump's discredited coronavirus advisor.

His speech won applause from many in the audience.