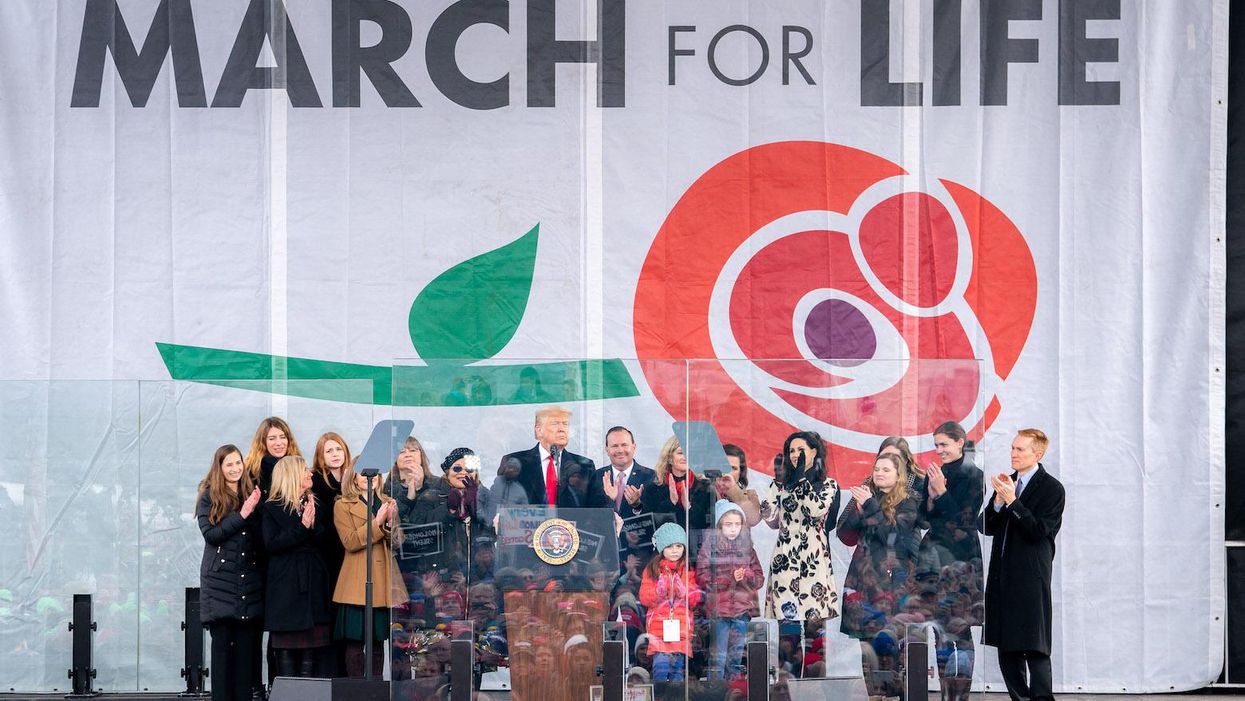 I received this morning a message via Twitter from a very well-known television news host. It seemed to be regarding yesterday's column about what I think is the proper place of abortion in American politics. It isn't a fight for the sanctity of life or "life" or what have you, I said. It is a fight against democratic modernity itself. Here is their response:

Focus on this: when does a "person" begin? That is the question. We have no consensus. We evolved on the question of when life ends that fostered much of the law around demise … That's the real issue here. And Roe was never the best-reasoned decision.

This response suggests that this very well-known television news host did not get the gist of my piece. Or perhaps they did not want to. In any case, if I were to believe that the question of life's beginning is the "real question" and the "real issue," I'd be restricting myself from considering a whole range of knowledge, history and argument, including the fact that few but Catholics cared about abortion for most of American history. It did not become a political issue until Americans organized themselves to force it to become a political issue. Why would I or anyone ignore that in favor of a carefully designed and narrow question the answer to which privileges anti-abortionists?

When you expand the question — from one of "morality" (and I'll get to why I put that word on quotes in a moment) to one of politics — you can make enough room to see that the question of consensus is a question built on sand. There may be no consensus about when "life" begins, but there's damn well consensus about individual liberty. Most Americans are for it. There may be no consensus about when a person becomes a person, but there's damn well consensus about forcing individuals to subordinate themselves (or their bodies, in the case of abortion) to an authoritarian collective. Most Americans are against it. Imagine a political debate over abortion that's actually political.

Restricting politics to one of "morality" makes pro-choice Americans seem immoral, even downright evil. That's the point! And that's why I put "morality" in quotes. In yesterday's column, I tried to make clear that while anti-abortionists say they believe in the sanctity of life, or say they believe an embryo is a person, they do not really believe this. How do I know? If individuals mattered as much as they say they matter, a half-century-old anti-abortion movement would not exist. As I said: "The authoritarian collective that comprises it requires that the needs of individuals be expendable compared to the interests and needs of the collective. If the authoritarian collective really believed in the sanctity of the individual's life, such respect would threaten the integrity of the hierarchies of power that literally define the anti-abortionist's life. Such respect would mean psychic death."

Yes, it's authoritarian. Yes, it's a collective. (I explain why in yesterday's column.) And yes, individuals are expendable. That individuals are indeed expendable means anti-abortionists don't mean what they say. (It also means the very well-known television news host who asked me to focus on the "real question" is a dupe or a patsy or both.) Even as they say life is precious, life is expendable, even disposable. This fact is abundantly clear in all kinds of ways when you expand the frame of the debate over abortion. The poor are disposable. Racial and sexual minorities are disposable. Of course, in the case of abortion, women are disposable. (Though, to be sure, abortion will be accessible to any woman of means.) Even the authoritarian men and women who make up the authoritarian collective are disposable. I don't think anything illustrates that better than the GOP response to the covid pandemic.

You'll have noticed by now that anti-vax Republicans are dying in droves. That's OK from the point of view of the authoritarian collective. If sacrificing a few of their number ends up sabotaging the president's effort to bring the country out of the pandemic — if it makes room for the new delta variant to mutate and spread — then such sacrifice is worth it. It could create conditions by which a majority of the American people blame Joe Biden and his party, and return the Republicans to power in the 2022 midterms. Why do many of the same people who desire bans on abortion also desire bans on vaccine and mask mandates? The link isn't "freedom." That's the lie they tell themselves and everyone. The link is the preservation and expansion of the authoritarian collective at the expense of individuals. They accuse pro-choice Americans of being evil as means of covering up the barbarous flesh-eating reality of their larger political project.

As for the very well-known television news host, I'm not naming them for their sake. I don't think they're biased in any ideological way (though I should make room for that being the case if so). The reason I mention them at all is because their response to me is example of the tight framing of the abortion debate among members of the Washington press corps that in effect favors the anti-abortionists and covers up the Republican Party's gothic politics. As I said, there's plenty of consensus in this country if you know how to find it.