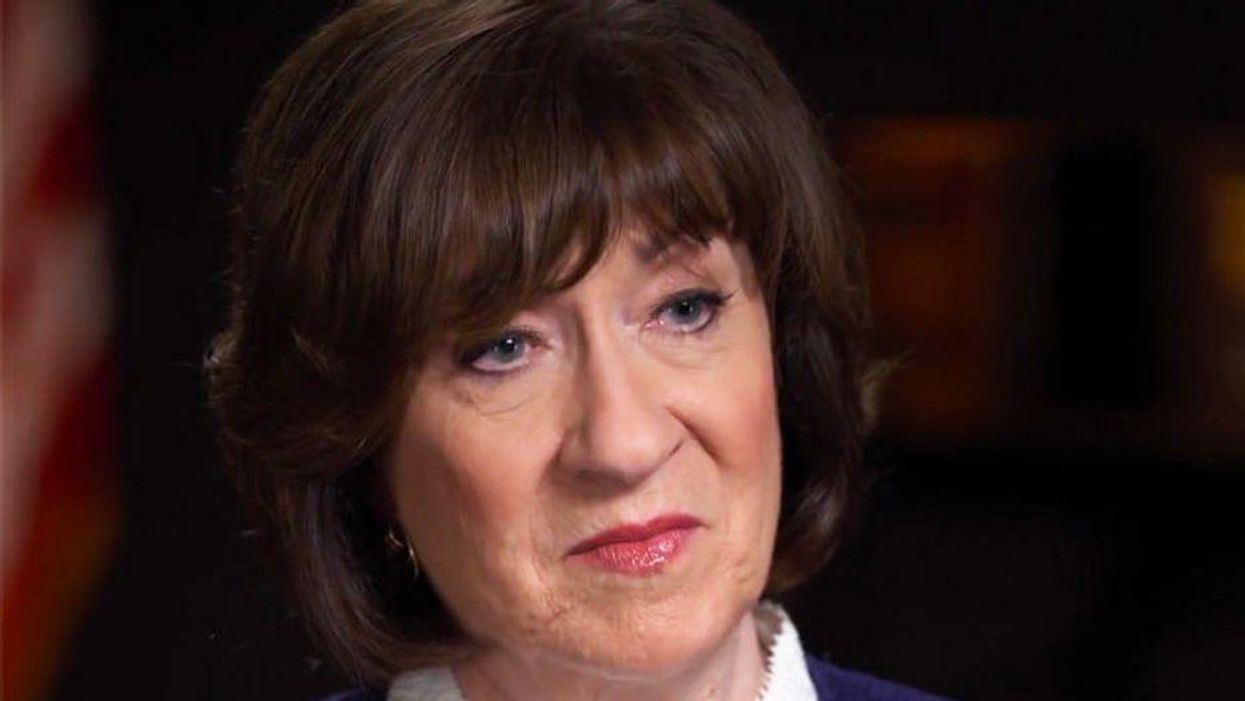 In Texas, the United States' most restrictive anti-abortion law — even more restrictive than Mississippi's recent legislation — has gone into effect, prohibiting any abortions after about six weeks into a pregnancy. The U.S. Supreme Court, so far, has let the Texas law stand. And Sen. Susan Collins' insistence, in 2018, that U.S. Supreme Court Justice Brett Kavanaugh would defend Roe v. Wade is still on the minds of abortion rights activists as the future of legal abortion hands in the balance in the U.S.

Collins is a fiscally conservative Republican, but she isn't a far-right culture warrior and has long declared herself to be pro-choice on abortion. In July 2018, after Justice Anthony Kennedy announced his retirement, Collins told ABC News that she wouldn't vote for any Donald Trump nominee who would vote to overturn Roe v. Wade. Kennedy was a right-wing libertarian appointed by President Ronald Reagan in 1987, and much to the chagrin of far-right Christian fundamentalists, he often voted with the court's liberal justices when it came to abortion, gay rights and other right-to-privacy issues.

Trump ended up nominating Kavanaugh, and when Collins voted in favor of his confirmation, she insisted that he considered Roe v. Wade "settled law" and wouldn't vote to overturn it — a claim that her critics slammed as naïve and "gullible." One of the cases Collins commented on in September 2018 was Whole Woman's Health v. Hellerstedt.

Susan Collins spoke at greater length today (thanks to the persistence of @StevenTDennis & a broken train) about wh… https://t.co/Rk9o4R7fIv
— Igor Bobic (@Igor Bobic) 1537905418.0

@igorbobic @Sindi4Change @StevenTDennis Would Sen Collins be willing to bet thousands of womens' lives on her assumption.
— UnFakeViews (@UnFakeViews) 1537906296.0

Collins said, "Roe was decided in 1973, and it was reaffirmed 26 years ago in Planned Parenthood v. Casey…. Whole Woman's Health had to do with the Texas clinics. That was an application of the balancing test that was under the Casey decision. So, that is not overturning Roe. I don't support the Texas law."

But now, three years later, Texas' draconian anti-abortion law has gone into effect — and abortion rights supporters are even more fearful for Roe's future in 2021 than then they were in 2018.

Journalist Joel Mathis, in an op-ed published by Yahoo Money this week, slams Collins for being horribly wrong about Kavanaugh in 2018.

Mathis comments, "Collins' belief in Kavanaugh was implausible in 2018. It's less plausible now. On Wednesday, the Supreme Court allowed a new Texas law — one that bans abortions after six weeks of pregnancy — to go into effect. Later this year, justices will hear a direct challenge to Roe in a case from Mississippi. Abortion rights in the United States have rarely seemed more fragile than at the present moment."

A major change on the U.S. Supreme Court occurred in 2020, when liberal Justice Ruth Bader Ginsburg died and was replaced by far-right social conservative Justice Amy Coney Barrett — who Collins voted against. If, by some chance, Chief Justice John Roberts and Kavanaugh joined the Court's three remaining Bill Clinton or Barack Obama appointees (Justice Stephen Breyer, Justice Sonia Sotomayor and Justice Elena Kagan) in voting against striking down Roe, it would survive. But that's a very optimistic scenario.

"If the Court does indeed overturn Roe — or finds a way to gut the ruling without exactly striking down the precedent — Kavanaugh won't do it by himself," Mathis observes. "There are five other conservative justices on the nine-member Court, including Amy Coney Barrett. But Kavanaugh's elevation to the Court will rightly be judged as a key moment in shifting the Court's ideological balance on abortion and other issues. And Collins will have enabled that shift, in spite of her professed values."