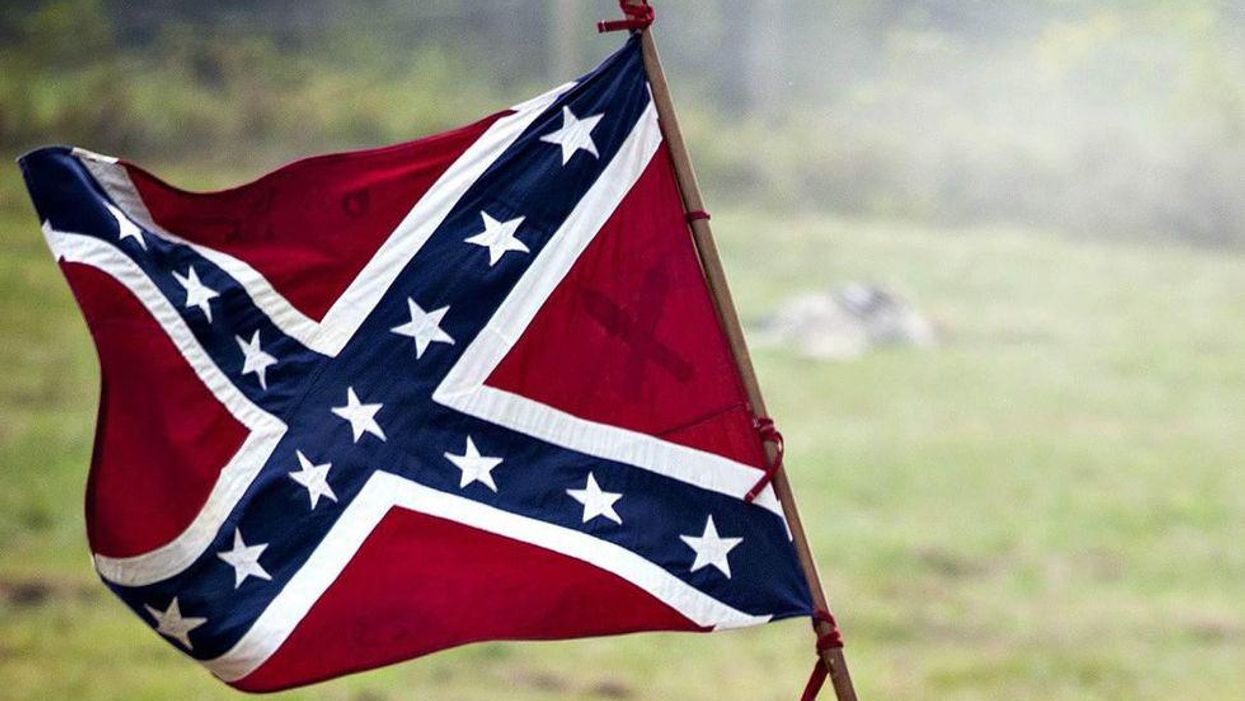 It's funny what passes for normal these days. Nearly 100 employees at our local health care system are bucking the company's covid vaccination mandate, complaining that they might get fired for refusing to take a shot. Supporters turned up last week to support the employees, waving Gadsden flags and waving signs reading "Vaccine Mandates = Communism" or "Vaccine Coercion Is Tyranny."

Mostly, I shrug my shoulders at a story like this. The numbers aren't surprising. Protests aren't anything not happening in towns and cities across the nation as it becomes ever clearer that herd immunity against the COVID-19 virus won't be achieved through volunteering or a sense of civic duty. In 2021, this counts as just another day.

Things get interesting, though, when we hear about the politicians getting involved:

Wisconsin Senate President Chris Kapenga, R-Delafield, is calling on health care workers opposed to COVID-19 vaccine mandates to take action against them. Kapenga said Friday that health care executives requiring employees be vaccinated against COVID-19 are "bowing to the woke culture being pushed by the left." "I want to encourage the groups that are forming to stick to your principles and don't give in. Based on what I am seeing, it will be impossible for the hospital systems to function without you," he said.

I have to admit being a bit flabbergasted by this. Since when do Republican elected officials encourage labor disputes? And what exactly does "woke culture" have to do with pandemic measures? Well, nothing—and everything.

Think of it this way: civic health is public health. The same factors that determine a community's ability to "define and address public problems" control its ability to protect and improve the health of its people. What else is a pandemic but a public problem?

Sadly, then, it's not a surprise to see the same states struggling to achieve high levels of vaccination also turning up near the bottom of list after list of civic measures: unemployment, income inequality, education, health access and outcomes, voter participation, responsive government, volunteerism. Even in states where vaccination is going well, the same pattern tends to divide urban and rural areas. In places where the government offers little and voters expect less, the infrastructure to create a robust response to a pandemic is simply not there, and the ideology of freedom above all else is very strong.

And ideology it is. It's not just that the covid pandemic has become so ridiculously politicized that one of the leading indicators for vaccine refusal is the erroneous belief that the 2020 election was stolen from the former president, or that the more Republican a county votes, the less likely its citizens are to be vaccinated. It's that multiple Republican governors and legislators are ghoulishly competing to undermine immunization efforts, endangering the lives of children in their states.

Worse is why the governors are in such a race to the bottom. For the radicalized Republican base, opposition to vaccination has become so integral to their partisan identity that it is no longer separable from support for Trump or opposition to supposed government overreach, which is why you see the Gadsden flag—a symbol of rebellion against a distant head of state—at a rally against a private company's employment policies. The average Republican governor hoping to move up the ladder in a presidential primary has no choice but to tack hard right—and then embrace a virtual worship of death.

Even more worrisome, that ideology also comes wrapped in racialized politics. This is where Kapenga's "woke culture" comes in: he's making a causal chain of association for his supporters—vaccine mandates are being pushed on people by Democrats, who are the party of Black people and their white supporters. In other words, it's a sly way of saying that the same people who want "political correctness" want to force you to get vaccinated.

On the one hand, this is simply an example of the astonishing but not longer surprising art of Republican race-baiting. It's almost certainly not an accident that Kapenga's statement came as the Wisconsin state legislature prepared for hearings on critical race theory, another divisive issue Republicans are hoping will stir their base ahead of the 2022 elections.

On the other hand, it seems like there's something deeper at work in the culture here. The political and legal commentator Teri Kanefield put out a fascinating idea in a video blog the other day arguing that since the mid-1950's, the US has been struggling toward becoming a true multi-cultural, multi-racial democracy. It's a tough fight, and one in which Kanefield sees progress, however slow in coming. She urges her listeners not to give into easy cynicism on the subject.

But if Kanefield's right about the direction of American history, there's a dark flip side to it: everything in politics has come to revolve around the question of whether the society should be governed for a white Christian minority or for the benefit of all. Government spending, military policy, education, global warming and now public health all come down to that underlying issue, some for obvious reasons, others simply because one side is for it so the other has to be against it.

It's tempting to see this division not as issue-based but simply spoiling for a fight, and in some ways, that's right. Particular issues aren't as important as the battle, and they don't make sense without the bigger context. At the same time, people aren't itching for a fight just to have a fight. The little fights are simply means to picking the big fight. Every time you hear someone railing against tyranny or socialism, mentally replace their words with "Put Black and brown people back in their place!" Likewise, every time someone talks about freedom or Trump saving America again, you should hear "Put white people back on top!"

Like a slow-growing tumor, the battle over race is the cancer that has afflicted American civic health since its inception. For just as long, it has taken a toll on our public health as well, in poverty and disease and civil war. It seems astonishing that it could be allowed to rack up a death toll approaching one million. But given how long we've been sick, and how deeply, the only surprise is how it passes for normal.