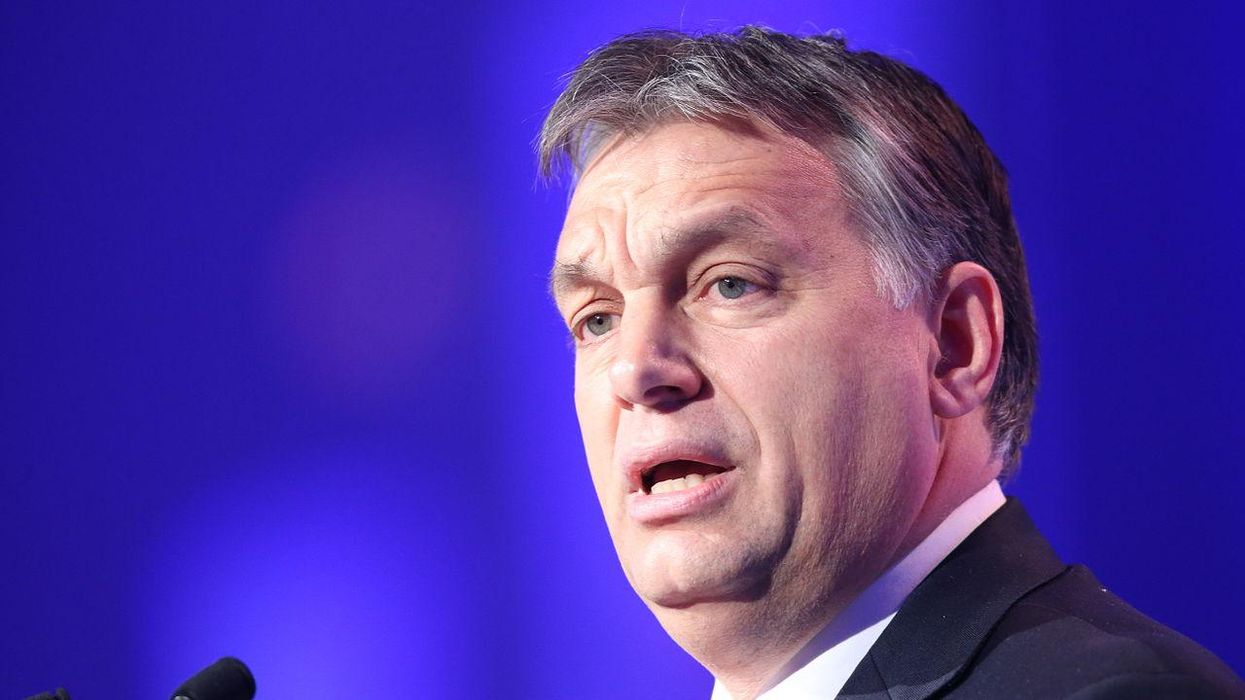 Carlson recently visited Hungary, where he interviewed Orbán and lavished the authoritarian prime minister with praise. And Carlson is hardly the only far-right supporter of former President Donald Trump with an openly pro-Orbán perspective. Orbán has also been praised by everyone from "Hillbilly Elegy" author J.D. Vance (who is seeking the GOP nomination in Ohio's 2022 U.S. Senate race) to former President Donald Trump himself.

Dalmia explains, "A strange spectacle has been unfolding among some factions of the American right in recent years: The more Hungarian Prime Minister Viktor Orbán suspends liberal democracy and turns autocratic, the more they admire him. But Fox News' top-rated host, Tucker Carlson, took matters to a whole new level earlier this month when he declared that he found it 'embarrassing to be an American' during a trip to Hungary."

"Carlson is down on America because, unlike Orbán's Hungary, it has allegedly lost its will to defend its cultural, linguistic, and religious traditions against the forces of mass immigration and woke liberalism and is therefore in danger of losing its national identity," Dalmia notes. "But liberal democracy is the sine qua non of American identity and, indeed, of the post-Enlightenment West. How about defending that?"

Orbán, Dalmia warns, not only rejects left-wing liberalism — he rejects liberal democracy itself.

Orbán, Dalmia observes, "has dismantled the institutions of Hungary's liberal democracy and has tilted the playing field decisively to lock Fidesz, his political party, in power."

"As soon as he assumed office in 2010," Dalmia says of Orbán, "he used his large parliamentary majority to overhaul the Hungarian Constitution to make it impossible for civil groups to challenge the constitutionality of laws.… He also reduced the retirement age for judges, resulting in the premature departure of a good chunk of them, including 20% of the country's supreme court, allowing Orbán to appoint loyalists. He also packed the constitutional court — charged with judicial review of laws passed by parliament — expanding the number of justices from 11 to 15."

Some of Carlson's apologists have argued that his visit to Hungary is no different from President Richard Nixon visiting Communist China in the early 1970s. But Nixon never praised China's communist government or exalted dictator Mao Tse Tung as heroic, whereas Carlson obviously admires Orbán and views him as someone the U.S. should emulate.

Dalmia writes, "Nixon was an advocate of liberal democracy to an authoritarian country, and Carlson is an apostle of authoritarianism to America.... Patriotism — genuine affection for America's core liberal principles — is simply an impediment to his neo-nationalist quest."