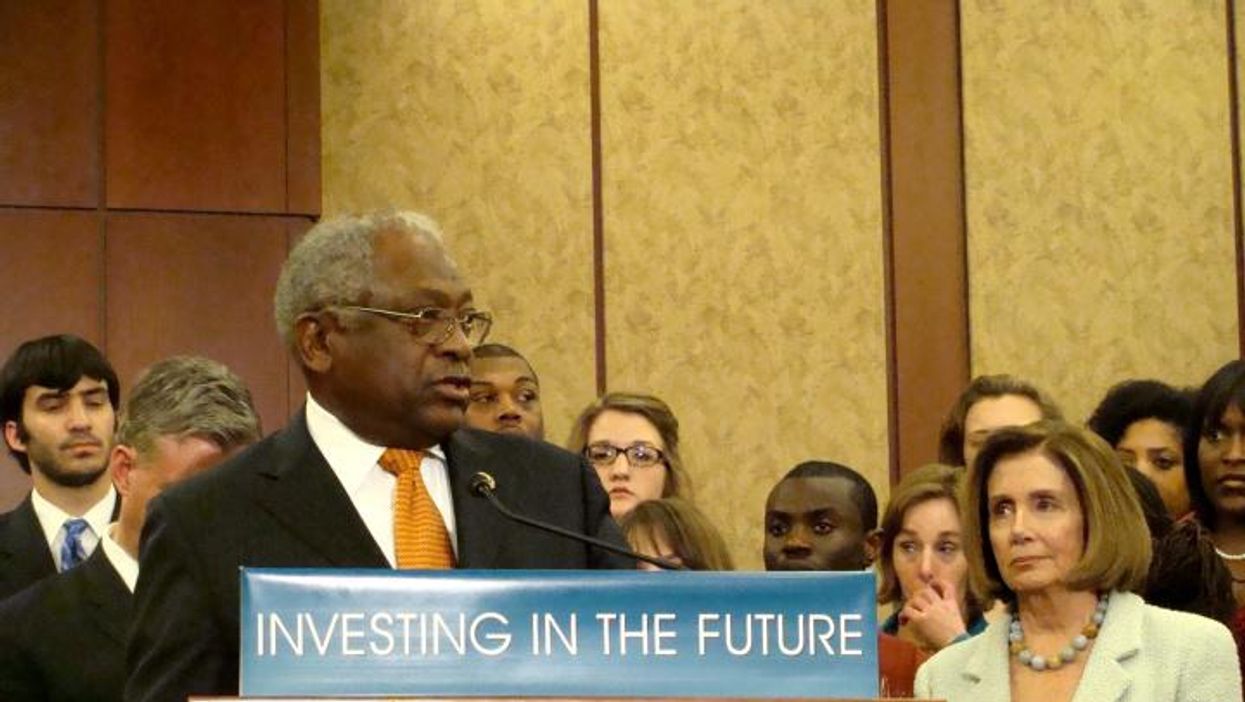 Frustrated by the voter suppression bills that Republicans have been pushing in state legislatures all over the U.S., Sen. Joe Manchin of West Virginia is now open to the possibility of a federal voter ID requirement. But journalist Russell Berman, in an article published by The Atlantic on August 30, argues that there is a way to fight voter suppression that Democrats don't want to talk about: a national ID.

Berman notes that Manchin "is taking a new look at a federal ID standard this year out of desperation." That standard would "require voter ID with allowable alternatives — utility bill, e.g. — to prove identity to vote." And back in 2005, Berman recalls, "a bipartisan commission led by former President Jimmy Carter and former Secretary of State James Baker endorsed a federal voter-ID requirement… (and) recommended that the emerging Real ID, a product of one of many security reforms Congress passed after September 11, be used for voting."

In the United States, Americans typically use their driver's licenses when a photo ID is needed — and those are issued by individual states, not the federal government. The U.S., unlike other countries, doesn't have a national photo ID unless one counts U.S. passports, for example.

Berman, however, floats the idea that if the U.S. issued federal photo IDs, it would be one way to combat voter suppression.

"Democrats in Congress are considering a policy that was long unthinkable: a federal requirement that every American show identification before casting a ballot," Berman explains. "But as the party tries to pass voting-rights legislation before the next election, it is ignoring a companion proposal that could ensure that a voter-ID law leaves no one behind — an idea that is as obvious as it is historically controversial. What if the government simply gave an ID card to every voting-age citizen in the country?"

Berman continues, "Voter-ID requirements are the norm in many countries, as Republicans are fond of pointing out. But so are national ID cards. In places such as France and Germany, citizens pick up their identity card when they turn 16 and present it once they're eligible to vote. Out of nearly 200 countries across the world, at least 170 have some form of national ID or are implementing one, according to the political scientist Magdalena Krajewska."

France and Germany, of course, are liberal democracies. In many respects, those countries are more liberal/progressive than the U.S. — from universal health care to abortion rights and family planning to sex education. And residents of France and Germany don't view getting a national ID as something oppressive. But as Berman points out in The Atlantic, it's an idea that many Americans — both liberal and conservative — are troubled by.

Berman notes, "In the American psyche…. a national ID card conjures images of an all-knowing government, its agents stopping people on the street and demanding to see their papers. Or at least that's what leaders of both parties believe. The idea is presumed to be so toxic that not a single member of Congress is currently carrying its banner. Even those advocates who like the concept in theory will discuss its political prospects only with a knowing chuckle, the kind that signals that the questioner is a bit crazy."

The United States' most widely used form of ID, when Americans need to show proof of their identity, is a driver's license. But not all Americans have one.

"The United States gives every citizen a Social Security card with a unique nine-digit number, but the paper cards lack a photograph," Berman notes. "Passports have photos, but barely more than one-third of Americans currently have one that's not expired. By far the most common form of photo ID are state-issued driver's licenses, but many elderly and poor citizens don't drive. Nor do a significant number of Americans who live in large cities and rely on mass transit."

The liberal American Civil Liberties Union and the right-wing libertarian Cato Institute have their agreements and disagreements, and as Berman points out, one area in which they are in total agreement is their opposition to a national ID. Kathleen Unger, the founder of VoteRiders, told The Atlantic, "There are only three problems with a national ID: Republicans hate it, Libertarians hate it, and Democrats hate it."

Berman observes that prominent Democratic opponents of a national ID have ranged from former President Barack Obama to the late Rep. John Lewis of Georgia. And when Berman interviewed Rep. James Clyburn, the South Carolina Democrat responded, "I'm not into that…. I know where you're going with this. I'm not there."

"The best argument for a national ID is that the nation's current hodgepodge of identifiers stuffs the wallets of some people but leaves millions of Americans empty-handed and disenfranchised," Berman writes. "Studies over the years have found that as many as one in ten citizens lacks the documentation they need to vote, and they are disproportionately Black, Hispanic, poor, or over the age of 65."