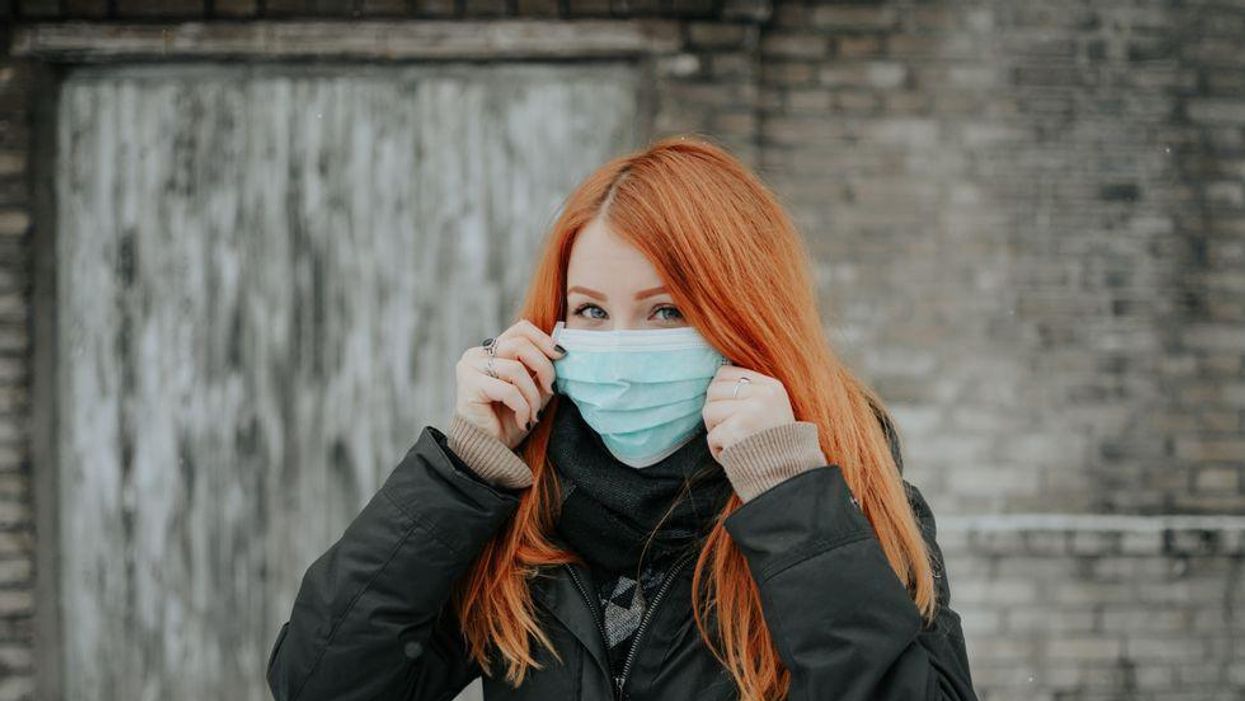 A new report published earlier this month is shedding new light on the risk of being pregnant and unvaccinated against COVID-19.

The study, published in The Journal of the American Medical Association (JAMA), compared childbirth outcomes between pregnant women with and without COVID-19 between March 1, 2020, and February 28, 2021. What researchers found was that out of 869, 079 women's health retrospectively analyzed, 18 ,715 (2.2%) had contracted COVID-19. Among the infected cohort, preterm births were more common, along with ICU admission rates, intubation and in-hospital mortality rates. In fact, 0.1% of women with COVID-19 died in the hospital, compared to the 0.01% of uninfected women who died.

Notably, women who had COVID-19 in the JAMA study were more likely to be Black or Hispanic compared to women who didn't get infected.

To date, the study is the largest of its kind, yet it is one of a handful showing similar findings. This study also comes at a time when the pregnancy-related mortality rate in the U.S. has been on the rise over the last 10 years, especially among Black mothers.

Doctors across the country like Dr. Arianna Cassidy, a fellow in Maternal Fetal Medicine at the University of California–San Francisco who has been working with pregnant women for six years, described what she's seeing as "unprecedented."

"Every flu season, women who are pregnant who get the common seasonal flu are at higher risk for needing to go to the ICU, needing help breathing and even higher risk for dying. That was particularly stark during the H1N1 outbreak in 2009," Cassidy said. "We know that women pregnant women are at a higher risk for getting sicker from respiratory illnesses, but the degree of illness that we see in pregnancy with COVID — especially for unvaccinated pregnant women, both how sick they get and how many people we are seeing [in the hospital] — is just unprecedented."

"We are seeing more pregnant individuals coming in with severe COVID-19 disease that is severe enough to require intensive care unit, admission and intubation," Simon said, calling it "concerning, because we're talking about not just the health of the pregnant person themselves but also the fetus." "This is really serious," Simon continued. "The numbers are increasing, and we could prevent that — the vaccinations could prevent that."

And the crisis among pregnant women appears to only be getting worse. Data published by the Centers for Disease Control and Prevention (CDC) shows over the last month and half there has been a rise of pregnant women being diagnosed with COVID-19, with the exception of last week. While updated research like the JAMA study shows the risk of severe COVID-19 outcomes among pregnant women is high, vaccination rates are not. Less than 25 percent of pregnant people have received at least one dose of a vaccine, according to the CDC, as of July 31, 2021.

Experts in women's health say vaccine hesitancy is common among pregnant women because misinformation runs rampant on social media, particularly in anti-vaccination and alt-health wellness groups on Facebook, Instagram or TikTok. Much of the time, myths stem from a misinterpretation of a study.

Similarly, there has been another popular myth that is believed to have started with a shared petition started by an ex-Pfizer scientist named Michael Yeadon, who has become popular in anti-vax circles. Yeadon, who has been known to spread COVID-19 misinformation, suggested that the bespoke protein in mRNA vaccines could cause infertility or harm a pregnancy. Since then, researchers have found no connection between the vaccine and infertility. Yet the mere idea that the bespoke protein the mRNA vaccines would cause infertility doesn't check out either, because of how mRNA vaccines work.

"They [the proteins] don't live in our bodies for very long — we receive the vaccine and the vaccine teaches our immune system to make these antibodies against the spike protein of the coronavirus," Cassidy said. "We haven't seen any data at all that vaccines themselves are durable enough to make it to a placenta, like make it all the way through a mom's body and get to the placenta, let alone, cause problems with placentas."

Cassidy pointed to a separate CDC analysis that also found no increased risk of miscarriage due to COVID-19 vaccines.

Both Cassidy and Simon agreed that the lack of information about vaccines, COVID-19 and pregnancy during the beginning of the pandemic created a breeding ground for misinformation. During the COVID-19 vaccine clinical trials, pregnant women were actively excluded.

"It's a structural issue that has been long standing in research in this country for a long time, excluding pregnant and birthing and lactating persons," Simon said. "And that's really unfortunate because when certain groups are left behind from being included in clinical trials, there is relatively less data."

But now the data is here, and doctors and women's health organizations are urging pregnant women to get vaccinated. Especially since the novel coronavirus itself can, in contrast, lead to worse pregnancy outcomes.

Simon emphasized the urgency of "getting the message out consistently and clearly to all pregnant persons."

Simon added: "No one should deny you a chance to get the vaccine if you are pregnant, I think it's really important to get the message out there to people who are pregnant."