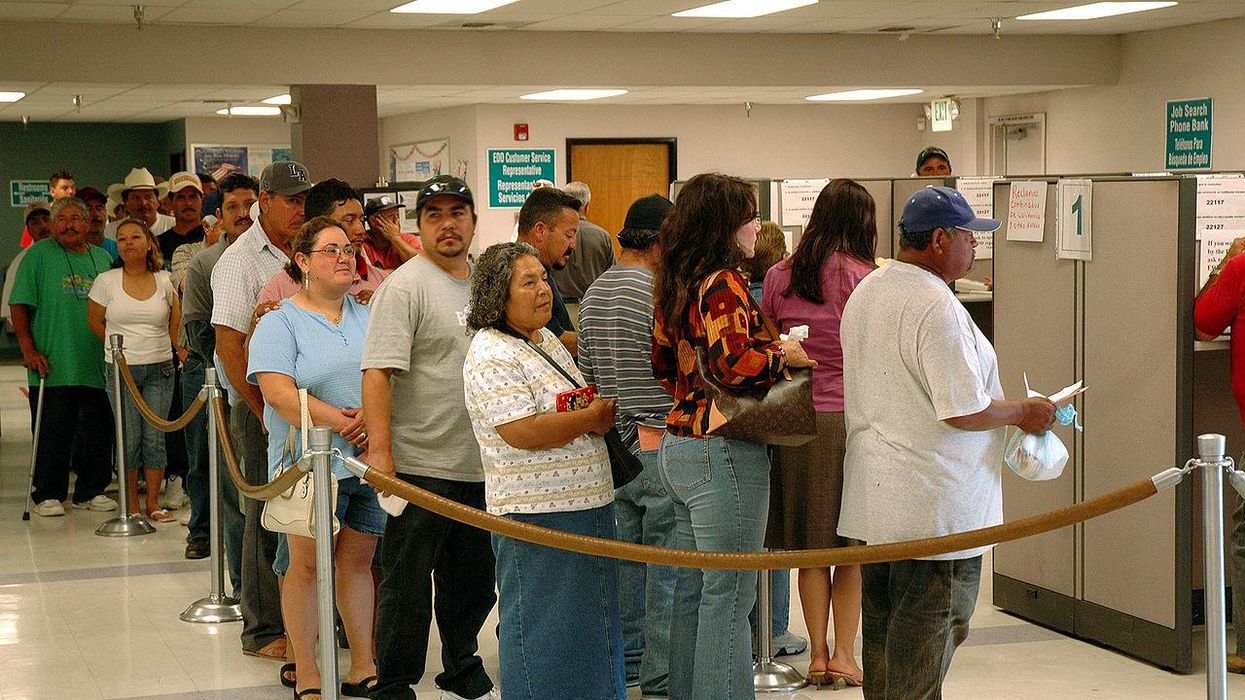 A common talking point among Republicans and Libertarians — and even some centrist Democrats — is that unemployment benefits make Americans complacent about looking for work. But liberal economists such as Robert Reich and New York Times columnist Paul Krugman have vehemently pushed back against that claim, stressing that when decent job opportunities come along, the unemployed will grab them in a heartbeat. And a study published on August 20 counters the myth that unemployment benefits promote unemployment.

Journalist Greg Iacurci, reporting on the study for CNBC's website, explains, "States that withdrew early from federal unemployment programs pushed few people back to work and fueled a nearly $2 billion cut in household spending, potentially hurting their local economies, according to new research. Twenty-six state governors — all Republican, except one — opted out of the pandemic-era programs several weeks before their official expiration on Labor Day. Enhanced benefits were keeping the unemployed from looking for jobs and fueling a labor shortage, they claimed."

Reich, Krugman and other proponents of New Deal and Great Society economics have long emphasized that liberals view unemployment benefits as a stepping stone that gets people from Point A to Point B, not a long-term solution — and while the unemployed are looking for work, the benefits are positive for the economy because they are likely to be spent right away. The study published on August 20 bears that out.

"The employment dynamic — a loss of benefits without resulting job income for most people — led households to cut their weekly spending by 20%, according to the paper," Iacurci reports. "As a result, economies of the cutoff states saw a reduction of nearly $2 billion in consumer spending from June through the first week of August."

According to the study published on August 20, unemployment benefits do not make it more difficult for businesses to find people to hire.

"The data suggests unemployment benefits aren't playing a big role in hiring challenges and that other factors are having a larger impact — a similar thrust to other recent research analyzing the policy decisions," Iacurci reports. "The new paper uses anonymized bank-account data from financial services company Earnin to track 18,648 individuals who were receiving unemployment benefits in late April. Researchers compared individuals in 19 states that withdrew federal benefits in June against those in the 23 states that kept them intact."

Iacurci says of the report, "States that ended federal benefits early saw larger job gains among the unemployed: Their employment jumped 4.4 percentage points relative to jobless individuals in states that kept benefits flowing, according to the paper, which analyzes data through the first week of August. However, that translates to just 1 in 8 unemployed individuals in the 'cutoff states' who found a job in that time period. The majority, 7 out of 8, didn't find a new job."