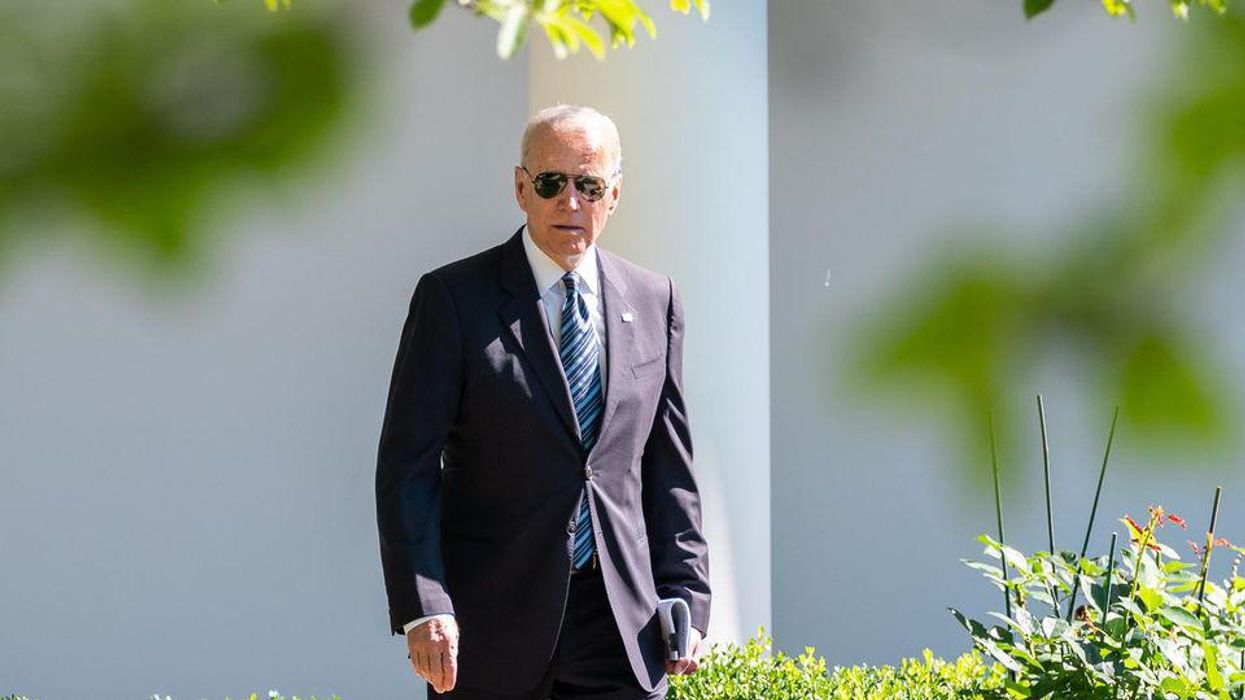 President Joe Biden walks through the Rose Garden of the White House, Wednesday, June 23, 2021, to the Oval Office.

Following President Joe Biden's plan for the US military forces to withdraw from the 20-year war in Afghanistan, it's worth reminding ourselves that war and the devastating impacts of it are not only represented by boots on the ground and the presence of military.

Days before the exodus began, the United Nations Human Rights Council issued a statement calling on nations to cease punitive sanctions on countries with a plea that "the punishment of innocent civilians must end." If there's one country this statement applies to more than any, it's the US. It's worth noting that new economic measures were imposed against Afghanistan almost immediately, adding to existing sanctions, following the US withdrawal.

Billions of dollars' worth of Afghan government reserves held in US bank accounts have been frozen, and will not be made available to the Taliban, in a move said to be backed by the White House.

In addition, Executive Order 13224 signed by former President George Bush after the September 11th attacks restricts any dealings with any organizations on the US list of designated terrorist organizations, including the Taliban. This means that in the midst of a grave humanitarian situation in Afghanistan, one of the poorest countries in the world, and in the midst of a refugee crisis, it will potentially be even more difficult for humanitarian aid to reach the country.

While such measures will ultimately put yet more pressure on ordinary Afghan people, they will also no doubt feed continuing anti-US sentiment. And, as is the case in Cuba and Venezuela and among other nations elsewhere, ultimately, US sanctions punishing ordinary Afghans will simply make a bad situation even more desperate.

According to John Sopko, Inspector General on Afghanistan Reconstruction, about 80 percent of the Afghan economy is funded by foreign donors, the largest of which is the United States. In addition to existing sanctions coupled with increasingly punitive measures against Afghanistan, the influence and control of the United States will remain strong. Perhaps stronger than ever. The military might be leaving (for now) but the presence of the US remains steadfast. In fact, billions of dollars have now been pledged over the next few years, apparently in the name of security, to bolster the police and Afghan military.

Also worth remembering at this point is that while Afghanistan remains economically at the mercy of the US, it's believed that during the 20-year failed war, billions of dollars pumped into the country, largely unmonitored, fell into the hands of corrupt officials and foreign contractors. This is not a past record that bodes well for the future. Nor does the fact that Afghanistan is said to be sitting on trillions of dollars' worth of untapped natural resources, like rare earth metals.

All of this paints a murky picture with regular Afghan people likely to feel the end result of sanctions and the inability of money to flow into the country where it is needed. The UK's Foreign Secretary Dominic Raab has suggested that Britain would not rule out imposing further sanctions against Afghanistan. Some sanctions, according to the UN, despite the debate around legality, are justified if targeting individuals.

But one thing the UN Human Rights Council is also clear on is that sanctions are unacceptable when they compromise human rights and development, which the recent report describes as "inalienable rights." And compromising human rights and the basic ability to survive is the overarching impact of the kind of sanctions imposed by the US.

The report highlights the impact of secondary sanctions, whereby individuals, organizations and third-party nationals are punished due to their alleged interaction with sanctioned governments or organizations. This affects humanitarian organizations and the intended beneficiaries of their aid. Of course, any aid organizations doing important work have no choice but to work and communicate with whichever government might happen to be in place at the time.

The report cited examples of sanctions imposed against Syria, Venezuela, Iran and Cuba, emphasizing how ordinary people have fallen into poverty due to the increasing inability to access housing, electricity, food, water and medicine, among other necessities.

While the UN uses carefully worded statements when discussing the impact of sanctions on ordinary people, critics argue that such consequences are by design and are not unexpected. The US and its allies have a long documented history of waging sanctions against other nations to push for regime-change or to exert influence.

But looking at a fairly recent example, a 2019 report suggested that since 2017 at least 40,000 Venezuelans have died as a result of US sanctions. The US might not have a military presence in Venezuela, but the sanctions imposed are cruelly creating innocent casualties of an economic war designed to force a change in government.

It's also believed that many Venezuelan cancer patients have been denied vital medical treatment due to being caught up in the excessively strict sanctions imposed by the US. This is exactly the kind of impact the UN is trying to draw attention to and hopes to end. The continued sanctions against Cuba, which each year the UN demands be lifted, continue to add to hardships faced by the Cuban people.

Talking about concerns for human rights in countries while imposing the very measures that impede human rights, human survival and development is not merely hypocritical. It's a callous form of cynical "soft warfare" and a tactic that doesn't get nearly as much attention and headlines as an all-out military invasion. Some describe sanctions as one of the more effective methods of modern day neo-colonialism.

And it's interesting that while the US government sees fit to punish certain governments on the basis of their human rights records, there are no similar sanctions placed elsewhere against other governments also allegedly guilty of human rights transgressions. Saudi Arabia, for example, has one of the worst human rights records in the entire world. Yet we're unlikely to witness the United States or the United Kingdom impose sanctions or financial restrictions on Riyadh. On the contrary, investment and hugely lucrative arms sales will continue, fuelling the war on Yemen, which itself constitutes one of the gravest human rights catastrophes and crises in the world at present.

Israel continually breaks international law, violates countless UN resolutions and disregards the human rights of the Palestinians on a daily basis. Will the government be sanctioned? Don't bet on it.

The US, too, is facing intense scrutiny by the UN, which is investigating human rights breaches of Black people in the country, dealing with longstanding structural racism. Based on the UN's conclusions, should the rest of the world sanction the US as a result?

In an increasingly changing global landscape, it's ever more obvious the US and its allies cannot wage war and pressure countries through cynical punitive economic measures. Not without continuing to seriously damage the very human rights they claim to revere.

Other economies and superpowers are emerging, competing and long gone are the days when the US can behave as the world's policeman, using the justification of democracy and concern for human rights without consequences while adding perhaps further irreparable damage to an already damaged international image.

Military occupations need to end, but so do economic sanctions that do nothing but immiserate the lives of ordinary people. The UN report on the very real impact on the daily lives of those already suffering hardships needs to be widely heard, but ultimately acted on. How many more reports and consultations must be written before the US government takes into account the extent to which its own policies impact the very human rights it claims to cherish and uphold?