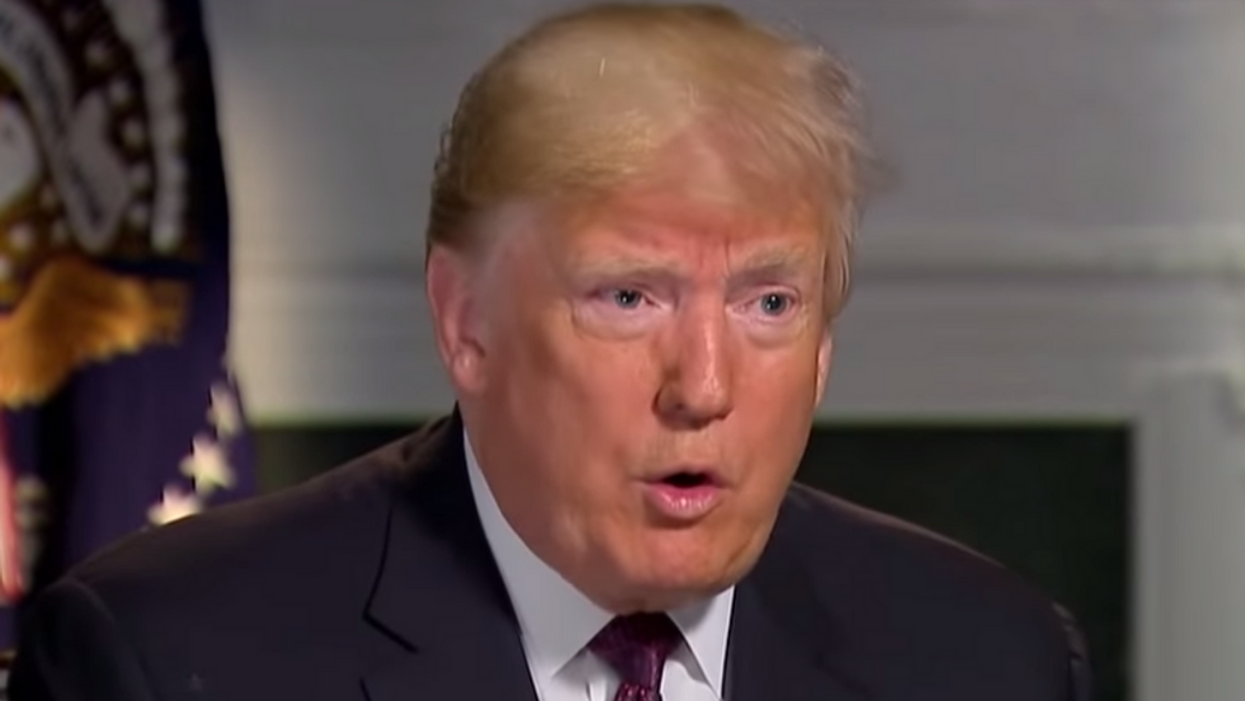 In a lie-filled segment that received little to no pushback Donald Trump, the former president, on Wednesday told Fox News' Maria Bartiromo that the coronavirus pandemic had "virtually" ended during his administration.

That was just one of the many lies that Trump told Bartiromo, who did no fact-checking nor told viewers that the former president was lying to them in the segment below.

President Joe Biden is "doing a lousy job at coronavirus. Coronavirus is back," Trump said, ignoring the facts that it never left and his supporters are the number one reason the virus is still deeply embedded across the country.

"When I left it was virtually gone, it was over," Trump lied.

On the vaccine, which Trump has repeatedly refused to promote, he declared that "when I was president, you didn't have this problem with people not wanting to take it," which is also a lie.

"They don't take it because they don't trust Biden, and they don't trust the Biden administration," he continued, again falsely. So-called "vaccine hesitant" Americans, mostly Republican men, did not become anti-vaxxers because Biden became president.

"When I was president, you didn't have people protesting the vaccine," he said, again falsely. "If you just think back, everybody wanted to get it, and we were giving out over a million shots a day, we had that thing rockin'."

January 2 was the first day of recorded vaccinations that broke the one million mark, according to data from The New York Times, but that was after two days of no vaccinations reported due to the New Year's holiday. The seven-day average of coronavirus vaccines being given did not break the one million mark until January 23, after President Biden was sworn in.