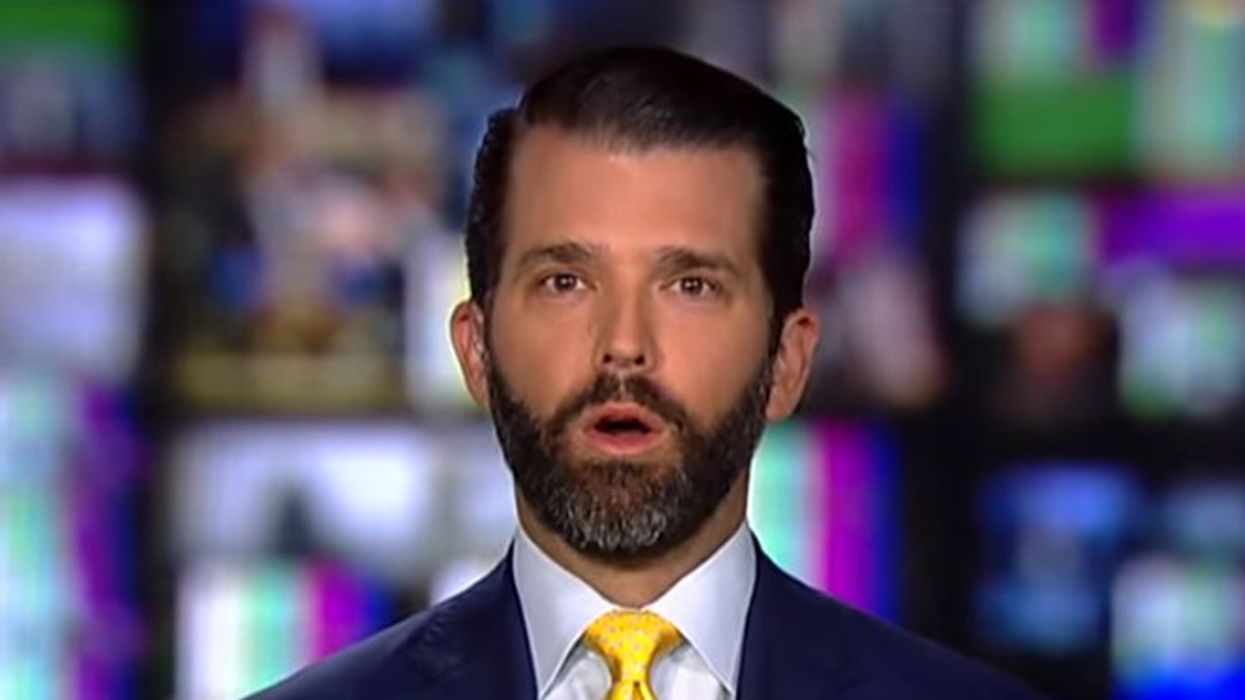 Donald Trump Jr. is being mocked after retweeting a post from the far right wing website The Daily Caller that claims troops refusing the Military's mandatory coronavirus vaccination program will go through "re-education."

While most Americans assume when the Military gives an order it will be followed, Pentagon spokesperson John Kirby, a retired rear admiral, told reporters troops refusing to be vaccinated who don't have a religious objection or medical excuse "will be offered a chance to sit down with a physician, and have that physician, communicate to them, the risks that they're taking by continuing to not want to take the vaccine."

"They will also be offered a chance to sit down with their chain of command, and their leadership, to talk about the risks that their objection will impose on the unit, and on the force and on their teammates."

According to The Daily Caller, that is "re-education," a term associated with communistic and totalitarian dictatorships.

Like his father, Don Jr. never served a day in the military. But in his 2019 book "Triggered" he writes that during a visit to Arlington National Cemetery he "thought of all the attacks we'd already suffered as a family, and about all the sacrifices we'd have to make to help my father succeed — voluntarily giving up a huge chunk of our business and all international deals to avoid the appearance that we were 'profiting off the office.'"

@DonaldJTrumpJr Verbal counseling for disobeying a direct order is what you call "re-education"? I think you're mi… https://t.co/tCGyNmw0ug
— Alexandra Erin (@Alexandra Erin) 1629926666.0

@DonaldJTrumpJr When you sign up for the military you are US government property until your four year service is re… https://t.co/BnmRkLRCu0
— Cathy Stanchek (@Cathy Stanchek) 1629926404.0