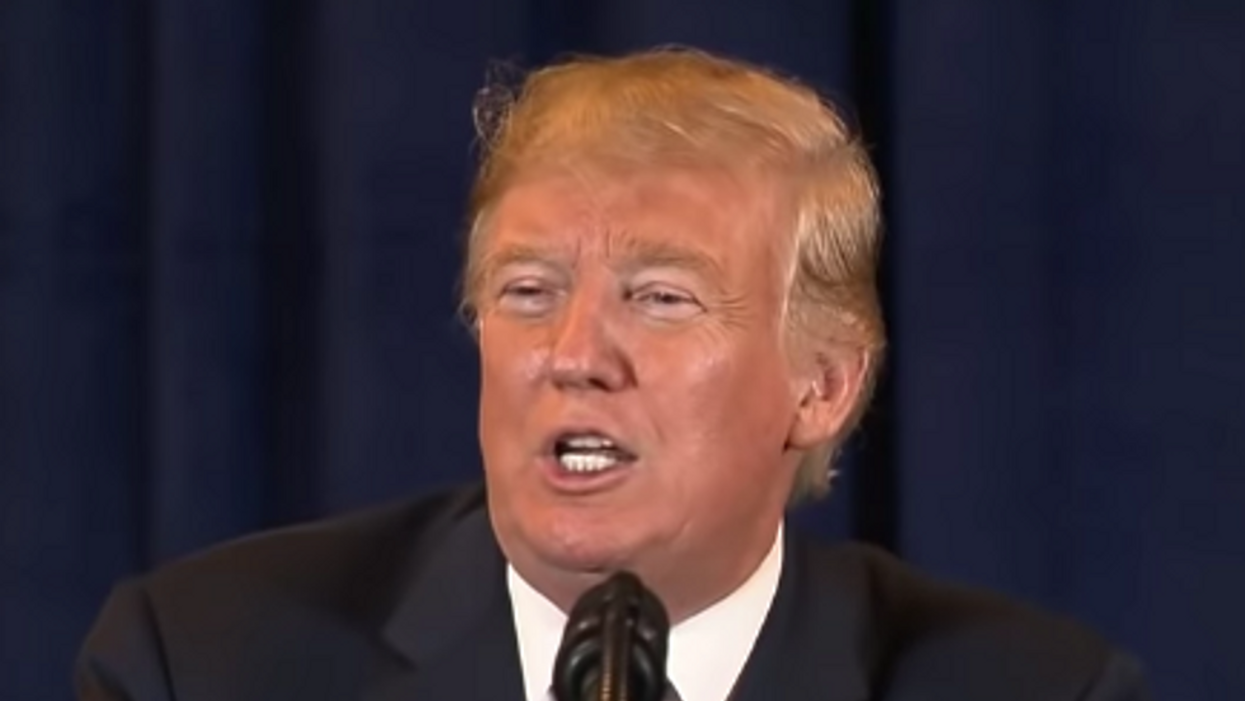 It's finally infrastructure week — and Donald Trump is mad.

Trump tried — but ultimately failed — to stop Senate Republicans from supporting the Democrats' $1.2 trillion infrastructure bill. His effort to shame Republicans out of voting in support of the measure was impotent, as the Senate passed the bipartisan bill on Tuesday.

The former president made his feelings known ahead of the vote when he ripped Senate Minority Leader Mitch McConnell, R-Ky., as "overrated."

"Nobody will ever understand why Mitch McConnell allowed this non-infrastructure bill to be passed. He has given up all of his leverage for the big whopper of a bill that will follow," Trump wrote in a statement.

"I have quietly said for years that Mitch McConnell is the most overrated man in politics—now I don't have to be quiet anymore," the former president said, adding: "He is working so hard to give Biden a victory, now they'll go for the big one, including the biggest tax increases in the history of our Country."

Despite Trump's rhetoric, the Senate minority leader nevertheless remained steadfast in his support of the landmark measure, voting in support of the bill on Tuesday. Although he made clear that he will not back any Democratic-led effort at budget reconciliation, which would allow the Democrats to pass an additional $3.5 trillion bill intended to target education, health, childcare, and climate action in the coming months.

"We can't wait to get Democrats on the record over many more trillions of dollars in reckless borrowing," the Kentucky legislator said last week.

On Sunday, Sen. Kevin Cramer, R-N.D., generally a loyal Trump supporter who has thrown support behind the bill, openly challenged Trump in a Fox News interview, telling host Maria Bartiromo that the former president "didn't give one reason why it's a bad deal, other than it's Joe Biden's [bill]."

"I think he's wrong on this issue," the Republican senator said of Trump.

This past weekend, Sen. Cassidy went further, suggesting that the former president was being hypocritical in his condemnation of the infrastructure package.

"I will point out that President Trump proposed a $1.5 trillion package, which most Republicans were all for, and only 5 percent of it was paid for," Cassidy said in a CNN interview. "We have $550 billion of new spending, of which we can reasonably say is paid for — but certainly one-half by [the Congressional Budget Office] score. And now folks are saying, 'Oh, can't vote for that.'"

Sen. Portman recently echoed this same point to CNN, saying that Trump should in fact "take credit for [the bill]."

"President Trump's effort to raise the level of awareness about the need for infrastructure improvement should help us get this done," Portman explained. "You know, he proposed a $1.5 trillion infrastructure bill."

The bill, now officially Senate-approved as of Tuesday, comes on the heels of months of partisan bickering, which concluded with the Democrats eking out a slim bipartisan majority in support of the measure. Its provisions will, among other things, allot $73 billion to revamp the nation's electricity grid, $65 billion for broadband updates, and $7.5 billion to build more electric vehicle charging stations.