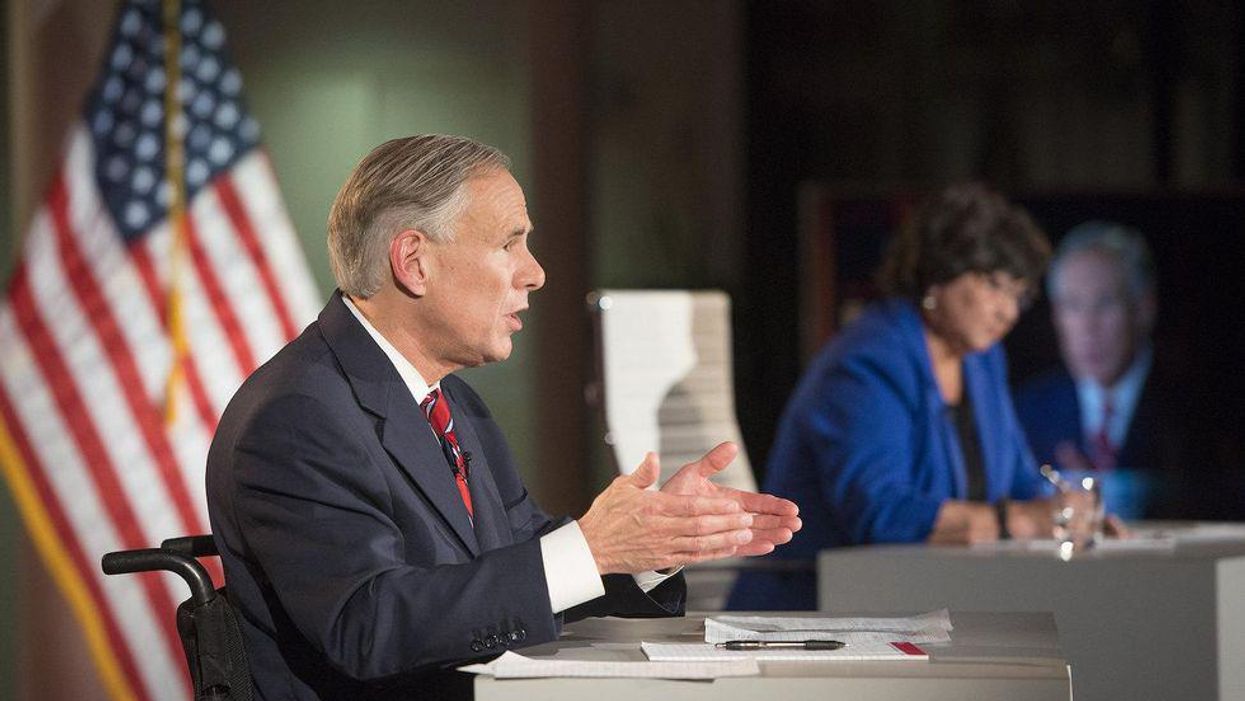 "Texas House finally makes quorum, but Democrats say Republicans cheated to get there" was first published by The Texas Tribune, a nonprofit, nonpartisan media organization that informs Texans — and engages with them — about public policy, politics, government and statewide issues.

Texas House Republicans finally got their long-sought quorum Thursday — by the skin of their teeth.

There were 99 members registered as present Thursday evening, the exact number needed to end the 38-day Democratic quorum break over the GOP's priority elections bill. But it quickly became clear that some of the 99 members were not physically on the floor and instead marked present by their colleagues.

That means that the House could be operating with a tenuous quorum in the coming days, even if more Democrats start returning — though none were giving any indication of that Friday.

While some Democrats conceded Thursday night that the quorum bust was over, others were less willing to admit defeat.

“Based on numerous media reports, it seems evident there was not a true quorum present today — ironic, given this entire session is premised around Republicans preaching about so-called voter integrity," Rep. Chris Turner of Grand Prairie, chair of the House Democratic Caucus, said in a statement.

A group of 34 House Democrats released a statement Friday that called it a “questionable quorum" and warned that Republicans “will lie about the number of legislators present at the Capitol to establish quorum, keep Texans in the dark, and bend the rules to get their way."

In a follow-up interview, Turner said the apparent lack of a real quorum was “of grave concern." He declined to speculate on whether the Democratic presence on the floor would grow when the House nexts meets on Monday.

Publicly, House Speaker Dade Phelan, R-Beamont, is not showing any concern over the durability of the quorum going forward.

“Speaker Phelan appreciates the growing number of members who are fighting for their districts in the State Capitol," Phelan spokesperson Enrique Marquez said in a one-sentence statement for this story.

It is certainly possible that enough Democrats return to the floor in the near future that any uncertainty over the threshold is put to rest. The next opportunity for any returning Democrat to show up is when the House meets next at 4 p.m. Monday.

The first Democrat quorum bust happened in the final hours of the regular session in May, when members filed out of the chamber to block the final passage of a GOP voting bill. They upped the ante in July when more than 50 members boarded a plane and fled to Washington, D.C., for the duration of the first special session and continued to refuse to show up at the Capitol for the first few weeks of the second special session, which began Aug. 7.

The GOP elections bill would, among other things, outlaw local voting options intended to expand voting access and bolster access for partisan poll watchers. Democrats and voting rights advocates say it restricts voting rights in the state. Republicans, who control both chambers of the Legislature, say the proposal is intended to secure “election integrity."

One of the Democrats who is still in Washington, D.C., Rep. Ron Reynolds of Missouri City, said he anticipates that “maybe half" of the remaining Democrats will return to the floor in the coming days while he and others will remain in Washington to continue their fight for federal voting rights legislation.

“I'm very disappointed," Reynolds said. “We're disappointed that we had some members of the Democratic caucus return without a consensus, without a unified front."

Reynolds said he intends to stay in the nation's capital at least through next week, when the U.S. House is expected to vote on the John Lewis Voting Rights Advancement Act. He is still deciding what to do after that.

If the quorum margin continues to remain on the razor's edge, Republicans cannot afford to have any absences and would have to continue showing up unanimously or close to it. They proved they were willing to go to those lengths Thursday with the attendance of Rep. Steve Allison of San Antonio, who recently tested positive for COVID-19 and registered as present while isolating in an adjacent room.

Allison tested negative Thursday and plans to be on the floor Monday and the following days that lawmakers are in session, according to his chief of staff, Rocky Gage.

The House can't do business without a quorum, which is two-thirds of the chamber, a threshold that stands at 100 when all 150 seats are filled. With two vacant seats pending special elections to replace former state Reps. Jake Ellzey, R-Waxahachie, who is now in Congress, and Leo Pacheco, D-San Antonio, who resigned effective Thursday to work for San Antonio College, quorum threshold is currently 99.

The 99 members who effectively make up the current quorum include all 82 Republicans; 14 Democrats who, before Thursday, had never broken quorum or had already chosen to return to the floor; and three new Democratic defectors who announced their arrival shortly before quorum was met Thursday evening: Houston Reps. Armando Walle, Ana Hernandez and Garnet Coleman.

Without a mass return of the remaining Democrats, reaching a quorum in the coming days could still be a dicey proposition.

That is, of course, if House leaders actually count how many members are physically present — something they have no incentive to do as they seek to put the quorum break in the past. Any member present can request “strict enforcement" of a vote, which would force a more accurate attendance count, but that did not happen Thursday.

“Who is asking for strict enforcement?" one of the Democrats still breaking quorum, Rep. Michelle Beckley of Carrollton, tweeted shortly before the House met and quorum was established.

It is unclear what incentive the members who are showing up have to call for strict enforcement — they are mostly Republicans who are eager to get back to work and move past the quorum break. The same could arguably be said of the Democrats who have been present.

Reynolds said he is optimistic that as the Democratic numbers on the floor continue to grow, there will be more potential for strict enforcement.

“We were disappointed that didn't happen yesterday," Reynolds said. “But hopefully, as we go forward as a group, some of the returning members will agree to do that. I think there's already been a consensus of the members that are returning that are willing to do that."

Disclosure: San Antonio College has been a financial supporter of The Texas Tribune, a nonprofit, nonpartisan news organization that is funded in part by donations from members, foundations and corporate sponsors. Financial supporters play no role in the Tribune's journalism. Find a complete list of them here.

This article originally appeared in The Texas Tribune at https://www.texastribune.org/2021/08/20/texas-house-quorum-democrats/.