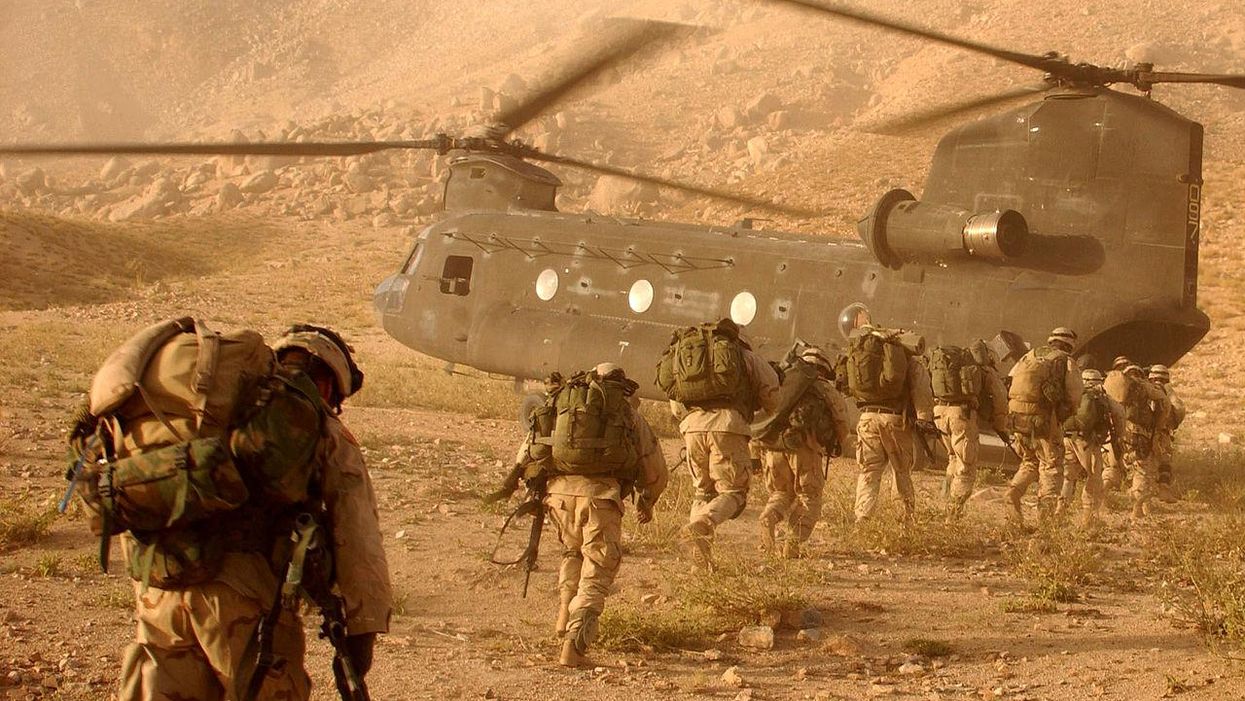 With the Taliban having seized control in Afghanistan, mainstream media outlets have been full of quotes from Afghan War veterans who were opposed to withdrawing U.S. troops from that country. An article by journalist Jasper Craven for The New Republic, however, focuses on veterans who wanted the United States out of Afghanistan a long time ago.

"Rather than wishing for more conflict," Craven reports, "many are lamenting the years of gratuitous pain and suffering. Adam Stump, an Afghanistan veteran, said the dozens of fellow vets he's communicated with in recent days are upset not that we are leaving the country, but rather, that we remained there so long."

Another veteran who believes the U.S. stayed in Afghanistan too long is U.S. Marine Corps rifleman Richard Reyes. After the Taliban took over Kabul, Afghanistan's capitol city, Craven interviewed Reyes — who, in 2009, was saying that the U.S. was staying in Afghanistan longer than it needed to.

Reyes told Craven, "These politicians have their generals, they have their subject matter experts. But everything they've predicted has been wrong, it's gone the other way. I hate to say it — I know I may sound like a kid — but this was the biggest 'I told you so' ever."

Sjursen told Craven, "These channels have their favorite insider analysts, two- and three-star generals and civilian hawks who have been wrong about every single foreign policy decision."

Craven argues that if "veteran voices like Sjursen's" had "been elevated sooner, it's possible that the war may have ended earlier."

Afghan War veteran Brittany Ramos DeBarros, who is running for Congress as a progressive Democrat via Staten Island, also believes the U.S. stayed in Afghanistan too long. DeBarros told The New Republic, "I am angry that our leaders knowingly lied to us. I'm angry that I deployed thinking I was going to help, only to be used and betrayed by the people I served. It doesn't make me feel better to cover that up. I want leaders to be held accountable. I don't think leaning on comfortable lies helps anyone."