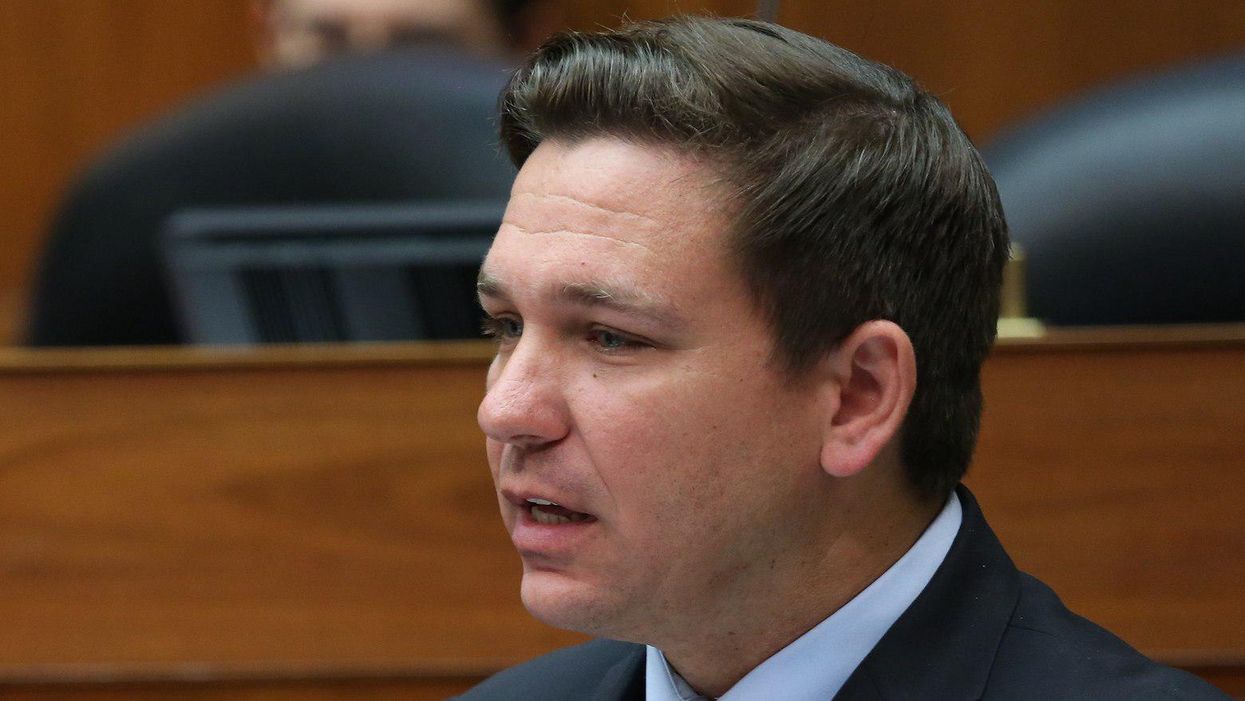 "Many Republican governors are still prohibiting mask and vaccine mandates in schools and universities, even as hospital beds are filling to capacity with predominantly young and unvaccinated people," wrote Editorial Board member Claire Potter. "Almost 94,000 cases last week were minor children. In New Orleans, a baby is on a ventilator, and in Mobile, Alabama, six kids are intubated.

"It is just surreal."

If we saw this in a faraway nation, we'd use words like "despotism," "corruption" or "sabotage," words saying something's rotten in that society. We can't bring ourselves to use such words when it comes to our own affairs, though. That's probably rooted in our abiding faith in being an exceptional country. Foreigners endure despotism. Here we live according to the rule of law. Here we breathe the air of freedom.

But I think it's rooted in something else. Two things actually. On the one hand, we want to believe, because it feels good to believe, that all Americans share the same core convictions in liberty, equality and justice for all. We believe these values are enshrined in our founding documents, in our laws and in our democracy. If you don't believe our creator, whoever that is, endowed all persons with certain unalienable rights, well, you might have to rethink calling yourself an American.

On the other hand, however, we know this is hokum. We make ourselves feel better about it by invoking, like a prayer, the national myth. Moreover, given that the beneficiaries of the franchise have for most of our history been the majority, and given that the majority for most of our history has been white, it's been fairly easy for most of the people in America to pretend that despotism happens to foreigners, not us, in the face of knowing that despotism, or the threat of it, is precisely what non-white Americans face every day of their lives.

So the pain of seeing so many children and babies struggling to breathe the air of freedom after catching the delta variant of the coronavirus is a double pain. It is the pain of seeing them suffer. It is the pain of knowing the leaders of their states are willing to take them to the brink of death and beyond if that's what it takes to maintain their beliefs in the "natural right" of white Christian men to rule.

We can't bring ourselves to use words like "despotism," because we'd rather not face the fact that a sizable contingent of the United States doesn't pretend to share the same core convictions in liberty, equality and justice for all, and never has. (Or when it does pretend, it's with the understanding among members of the in-group that make-believe is a political necessity.) As historian Thomas Zimmer has noted, the Donald Trump years were not a deviation from the conservatism of the 20th century. It was instead a continuation of it. While circumstances change, the goal has been the same: rule by white Christian men.

What we're seeing is surreal, but it's surreal in the sense that it's hard to believe Republican leaders would sacrifice American children, even the children of their partisan comrades, to achieve their goals. We should all know better, however. The GOP could have acted in the interest of the common good after 20 six-year-old kids were shot to pieces. They could have acted conservatively, joining calls to ban military-style guns. But by then, the first Black president had won reelection. The democratic multiracial threat to our long history of hereditary white rule was not an electoral fluke. The GOP did not stop being conservative. It continued being un-American. This is, perhaps, the hardest thing of all to believe. But the rest of us must believe it.

It is easier to believe the future of America will be democratic and multiracial. The results of the most recent census show the number of white Americans fell for the first time since 1790. Lots of counties in southern states like Florida and Texas no longer have clear white majorities. This is surely evidence of the dreams of Martin Luther King Jr. This is surely evidence that Barack Obama's soaring rhetoric wasn't empty. But this belief is the true surreality, because it presumes that Republicans will respect democracy if it yields undesirable results.

If the GOP gets its way, it will create what comparative political scientists call "subnational authoritarianism." That's when a minority faction within a minority region of a democratic nation-state controls the broad contours of national discourse and national power. What the Republicans are now doing, in other words, is what they had been doing over the last half century and for most of the history of the Democratic Party when it represented the interests of slavery and racial segregation. Where goes the South, so goes the United States.