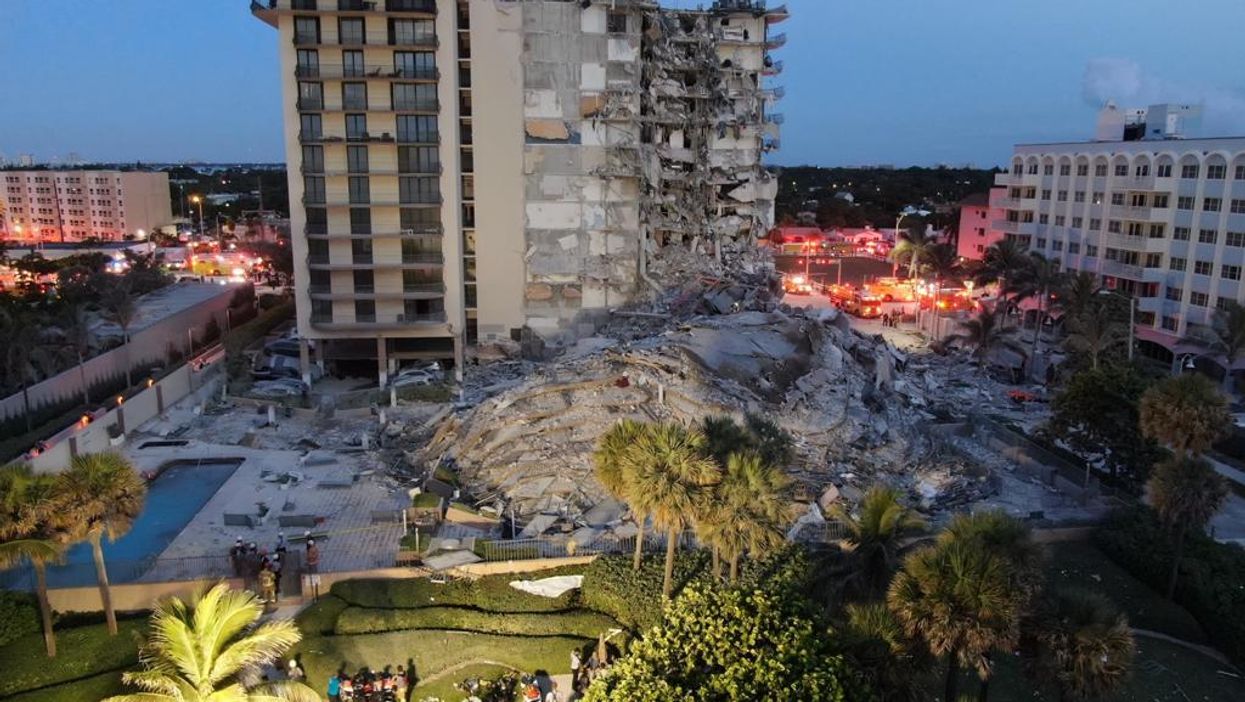 The need for strictly enforced building maintenance codes is underscored by the tragic June 24 collapse of the Champlain Tower South, a condo building in Surfside, Florida near Miami. The death toll from that tragedy, according to Miami-Dade County Mayor Daniella Levine Cava, reached 98. And body cam video, newly released body by Surfside officials, shows the chaos that first responders witnessed when they arrived on the scene on June 24.

The 18-minute video has been posted by Law & Crime. In the video, first responders are seen talking to a Champlain Tower survivor, who explains, "I'm in Penthouse 12, which is all the way at the top…. I'm on my phone, on YouTube, and I hear something fall…. All of a sudden, I hear — like it's a fucking jet right through the front of my fucking balcony. So, I get up, and I'm like, 'Was that a fucking plane?' Because there's planes that come by here."

The survivor describes the collapse, telling the first responders, "The whole fucking thing came down."

Later in the video, first responders are heard saying that "traffic and pedestrians" need to be kept "just outside of a little perimeter."

The video also shows first responders talking to a Champlain Towers security guard, who describes what she had observed and explains, "I heard a boom boom…. This never happened. I didn't think we had earthquakes…. I don't even know what this was. I don't know what's going on…. Honest to God, I thought it was an elevator because alarms went off."

Law & Crime's Marisa Sarnoff says of the video, "The confusion among the first responders, and the people gathered outside the building, is palpable — the combination of darkness dust, and the shocking nature of the collapse itself making it difficult to clearly comprehend what happened that night in Florida."