The deep meaning behind the dueling reactions to Simone Biles' withdrawal 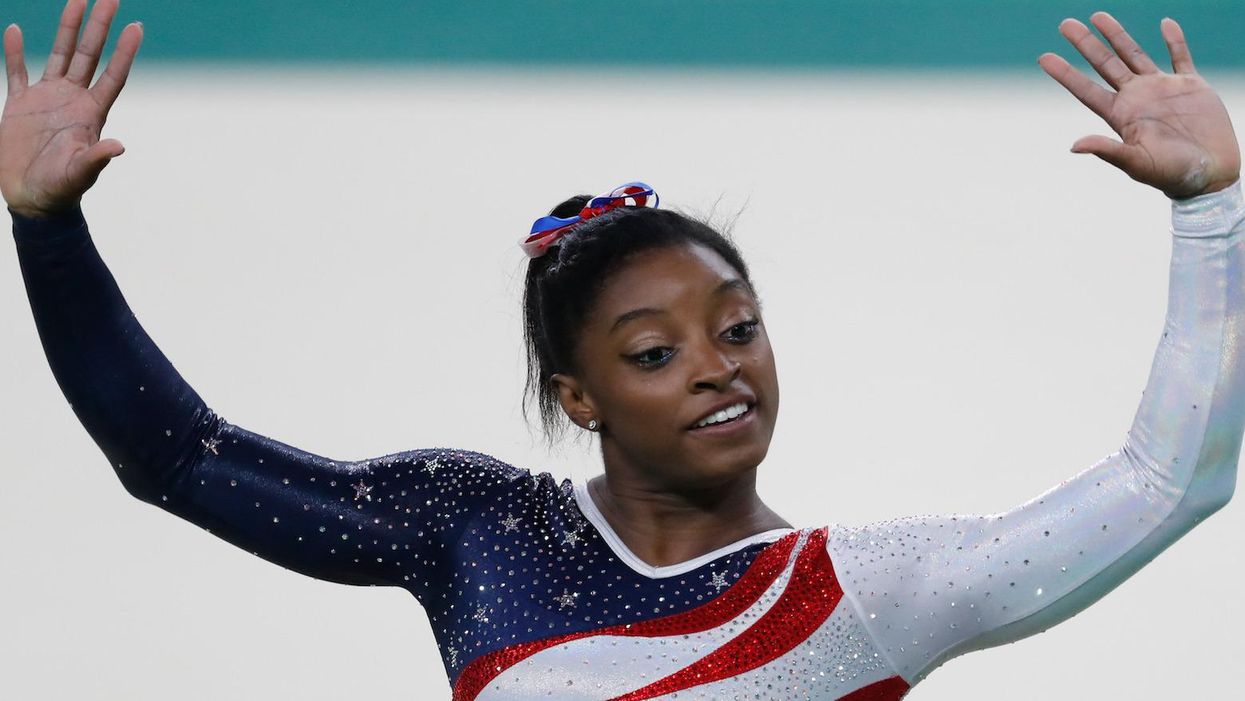 Simone Biles withdrew from the team gymnastics event at the 2020 Olympics, citing mental health concerns. "Whenever you get in a high stress situation, you kind of freak out," she said. "I have to focus on my mental health and not jeopardize my health and well-being." Team USA subsequently salvaged a silver. The Russians took the gold.

As expected, the 24 year old attracted defenders and detractors.

One side saw her decision as an understandable response to overwhelming stress. If one is not able to compete at an acceptable level, the logic goes, one should bow out. Robert O'Connell of The Atlantic wrote that Biles "rejected the false dichotomy between personal well-being and professional excellence, instead pointing to the former as a precondition of the latter." Some in this group not only saw her bowing out as understandable, but also as a sign of strength. It takes courage to admit one is struggling with mental health, especially in an environment where mental health issues are stigmatized. In this regard, she showed true courage by coming forward.

Then there were critics.

Charlie Kirk, the conservative Christian Nationalist, was highly critical of Biles, calling her a "sociopath" and a "shame to her country." "We are raising a generation of weak people like Simone Biles," Kirk said. "If she's got all these mental health problems, don't show up." Admittedly, Kirk's view tends to run toward the extreme and he may not be the best representation of Biles' critics. But Texas Deputy Attorney General Aaron Reitz also joined the castigation. He retweeted a video of 1996 gold medalist Kerri Strug, who won team USA gold with an ankle injury. Reitz tweeted, "Contrast this with our selfish, childish national embarrassment, Simone Biles."

On trigger warnings and safe spaces
While some of the reactions to Biles' decision, on both sides, amount to political posturing, I believe there is something deeper at play. The fault line rests on whether one recognizes the psychological harm caused by the subjective meanings people attach to their experience. I suspect Biles' detractors are the "facts don't care about your feelings" crowd. It tends to minimize the import of subjective interpretations.

A theoretical perspective in sociology called symbolic interactionism is dedicated to understanding how our interpretations of the world impact our behavior. From the perspective of a symbolic interactionist, facts create feelings, which are themselves scientific facts that we must try to understand. Our interpretations of the world can cause psychological and physiological harm. It is not the sounds coming out of the mother's mouth that matter. It is that the child interprets those sounds as words that mean that he or she is not good enough. Some scholars, including myself, believe interpretations of situations can be so traumatic we can rightfully call it violence. It causes serious harm. For example, being cyberstalked elicits responses from victims that are reminiscent of post-traumatic stress disorder. Even if the stalker is not in the victim's actual presence, the victim interprets their environment as being unsafe.

These understandings are the rationale for several activities considered "wokish."

Consider "trigger warnings." Someone delivering a public talk or a teacher giving a lecture may wish to inform the audience of subject matter that may be disturbing. The words of the speaker or the content shown may cause unintended harm. It doesn't mean we avoid tough conversations. Discussions of sexual violence or the Holocaust, for example, need to happen. But we must allow the listener the opportunity to leave the room or to prepare themselves to hear the potentially triggering material.

Or consider "safe spaces." They rely on the same principle. People who are different in some way—their race, ethnicity, sexual orientation, gender, ableness—are often under tremendous stress. They must act in ways they may not wish to act and instead worry about being judged if and when they don't. I can relate. When I was working on my master's degree, I was the only black male in my graduate department. I felt like I was in a fishbowl, like I was being watched. I wasn't sure if the things I was accustomed to talking about would go over well. I couldn't wait to get away and decompress.

Safe spaces and trigger warnings get roasted by conservatives who proclaim that "facts don't care about your feelings" (ironically, these same conservatives feel their children are experiencing psychic pain when hearing about white privilege or systemic racism). But from the perspective of a symbolic interactionist, facts create feelings, which are themselves scientific facts, which we must, in turn, try to understand.

Sticks and stones may break bones, but words hurt too
Before the Olympics began, Simone Biles spoke of the pressure on her in an Instagram post. "I truly do feel like I have the weight of the world on my shoulders at times," she said. "I know I brush it off and make it seem like pressure doesn't affect me but, damn, sometimes it's hard." At a press conference following her decision to withdraw, Biles comments made it clear she was under a tremendous stress:

This is not about being weak. Biles has shown she can handle pressure, just as her joints have shown they handled pressure from the leaps and lunges that she puts them through. But as human beings, we all have a breaking point. The pitcher's arm gets tired. His fastball is five miles slower than normal. The marathoner struggles mightily to finish the last few miles strong but ends up walking the final few. The pitcher and the runner have already done all the "sucking up" they can. What they need now is rest. They risk permanent injury if they ignore what their bodies are telling them.

As former gymnast turned consultant Angie Fifer said in an interview: "So, the weight of pressure that Simone has on her shoulders is insurmountable. And the way to think about it is, imagine if you went to the office and everybody watched every move you made and made sure that every single thing that you did all day long was perfect."