Right-wing Supreme Court may be looking to deal 'massive blow' to freedom of the press: report 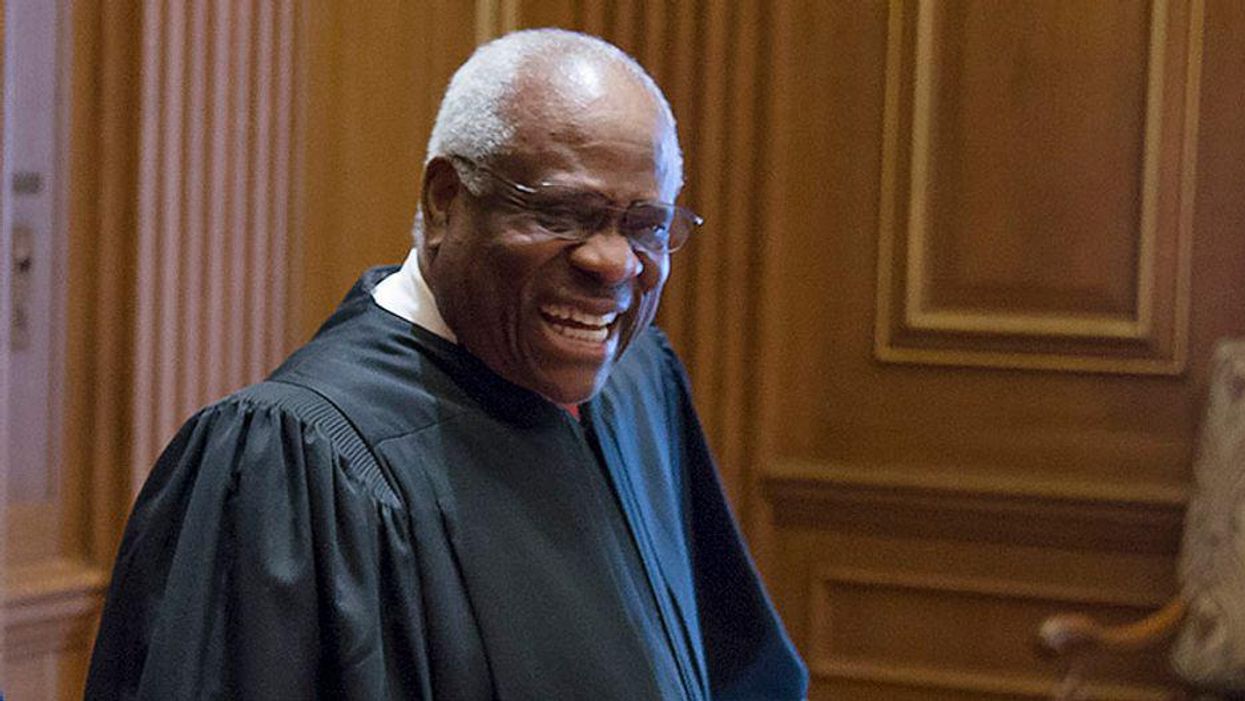 Sonny Perdue is sworn in as the 31st Secretary of Agriculture by U.S. Supreme Court Justice Clarence Thomas with his wife Mary and family April 25, 2017, at the Supreme Court in Washington, D.C.. Photo by Preston Keres
Travis Gettys
and
Raw Story
August 18, 2021

The U.S. Supreme Court may be on the brink of rolling back one of the most important free speech protections for journalists.

Donald Trump vowed to "open up those libel laws" as a candidate in 2016, and the court he stacked with three right-wing justices -- one of whom, Neil Gorsuch, promised during his confirmation not to touch the 1964 precedent -- may be ready to take another look at the landmark New York Times v. Sullivan ruling that made it extremely difficult for government officials to win libel suits, reported the New York Times.

"What started in 1964 with a decision to tolerate the occasional falsehood to ensure robust reporting by a comparative handful of print and broadcast outlets," Gorsuch wrote last month in a dissenting opinion, "has evolved into an ironclad subsidy for the publication of falsehoods by means and on a scale previously unimaginable."

A right-wing federal judge also agreed in a raging March dissent that undoing Sullivan protections would be difficult, but indicated it was necessary.

"Two of the three most influential papers (at least historically), The New York Times and The Washington Post, are virtually Democratic Party broadsheets," Silberman wrote. "And the news section of The Wall Street Journal leans in the same direction."

The Sullivan standard essentially favors free speech over protecting the reputations of public officials by requiring proof that disputed statements were made with "actual malice," although later rulings have later binding public figures, such as celebrities or others caught up in public controversies, to the same standard.

Justice Elena Kagan, as a University of Chicago law professor in 1993, expressed concern about those expansions, saying they strayed too far from Sullivan's "premises and principles" -- and Gorsuch cited that article in his recent dissent.

"Rules intended to ensure a robust debate over actions taken by high public officials carrying out the public's business," Gorsuch wrote, "increasingly seem to leave even ordinary Americans without recourse for grievous defamation."

Justice Clarence Thomas has repeatedly called for the court to take another look at the Sullivan standard, and legal experts say it's pretty clear why some want to overturn those First Amendment protections.

"There is a reason that Donald Trump and other politicians hate the Sullivan standard so much," University of Utah law professor RonNell Andersen Jones. "It is a key way that we make sure that government officials and other people in power can't silence their critics. It would be a massive blow to American-style free speech to lose it."