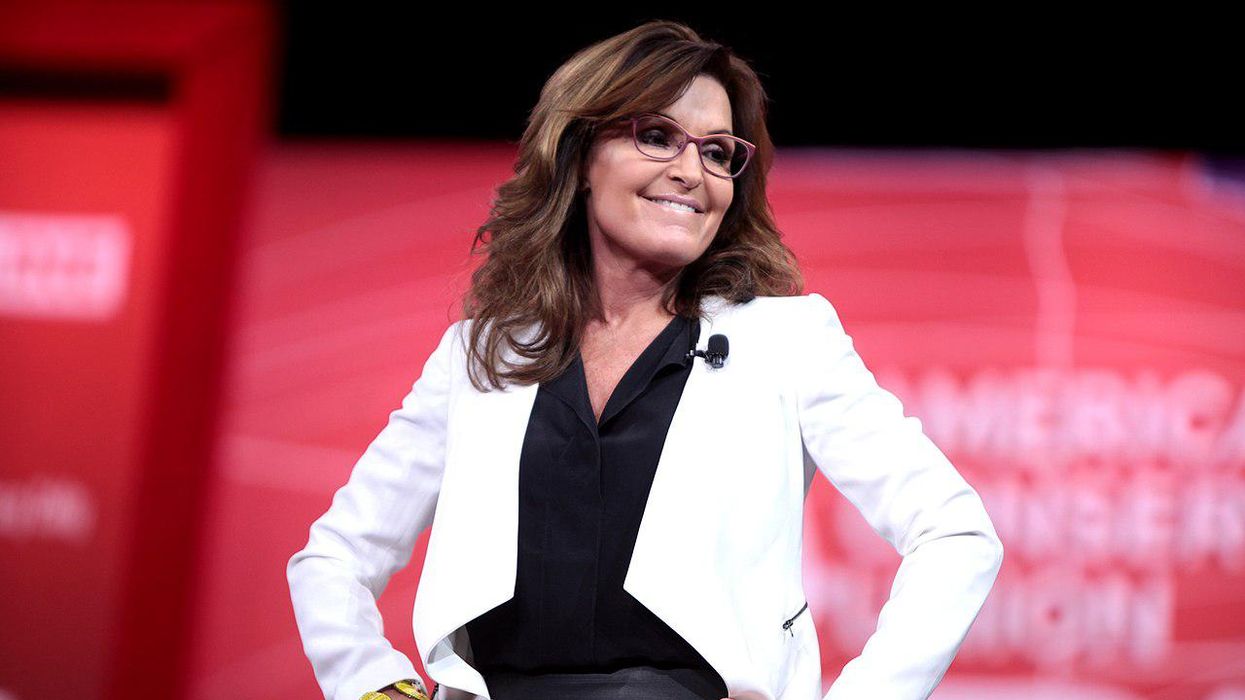 On the far right, Sarah Palin isn't as prominent as she was during the Obama years — when the former Alaska governor and 2008 GOP vice presidential nominee tirelessly railed against President Barack Obama's centrist administration while promoting far-right conspiracy theories. Palin, in 2021, hasn't been in the headlines nearly as much as Rep. Marjorie Taylor Greene of Georgia or Rep. Lauren Boeberg of Colorado. But journalist Margaret Carlson, in an article for the Daily Beast this week, discusses Palin's hopes for a comeback — including a possible U.S. Senate run in Alaska.

"Before there was Donald Trump, there was Sarah Palin, a supernova who burst out of the 49th state onto the national scene in 2008 as John McCain's choice for vice president," Carlson writes. "She ultimately lost to Joe Biden and returned briefly to her day job governing Alaska before quitting midway through her first term to tend to a family fractured by sudden fame."

If Palin does decide to run for the U.S. Senate in Alaska in 2022, it would be a GOP primary challenge to Sen. Lisa Murkowski — who is conservative but not far-right and is considered a RINO (Republican In Name Only) by MAGA Republicans. The fact that Murkowski voted "guilty" in Trump's second impeachment trial earlier this year infuriated Trump sycophants. Palin hasn't committed to running but has said, according to People for the American Way's Right Wing Watch, that she will "if God wants me to do it."

Carlson explains, "Palin likes drama, and she called the prospect of winning a Senate seat a 'sacrifice,' requiring a move to the 'bubble' of Washington — although one she'd endure if called to do so. Since the call from God is to run in Alaska, she breezes by the fact that she spends enough time in the balmy bubble of Arizona to own two houses there and start a parlor game in Juneau of Where's Sarah?"

But Murkowski already has one GOP primary challenger for 2022: anti-gay extremist Kelly Tshibaka, who Trump has endorsed.

"At present," Carlson writes, "God may be the only entity wanting her to enter the primary. The Alaska Republican Party, under the thumb of Trump, was so anxious to avenge the heresy of Sen. Lisa Murkowski for her vote to impeach the former president over his violent attempt to overturn the election, that they voted 58 to 17 to censure Murkowski and to endorse a pray-away-the-gay mid-level former state official, Kelly Tshibkaas, to challenge her. Another MAGA Republican in the mix would presumably only help the incumbent."

Nonetheless, Carlson writes that a Senate run by Palin shouldn't be ruled out — and that Trump could endorse Palin even though he has already endorsed Tshibkaas.

"The stars in the Republican firmament are idiots, lunatics and creeps like Jim Jordan, Lauren Boebert, Marjorie Taylor Greene and Matt Gaetz, whose Florida wingman Joel Greenberg recently pleaded guilty to sex trafficking and last month, asked a federal judge for more time to implicate others he hung out with in hopes of reducing his sentence," Carlson observes. "But no one will out-fringe Palin, who self-defines as a pit bull with lipstick…. With her winks and put downs and you betchas, she mesmerized the MAGA crowd back when Donald Trump was still a registered Democrat. After seeing her act, he became a Republican in 2009."

Carlson continues, "And Trump's endorsement isn't out of the question. Loyalty isn't his strong suit, and he has no ties to Tshibaka."