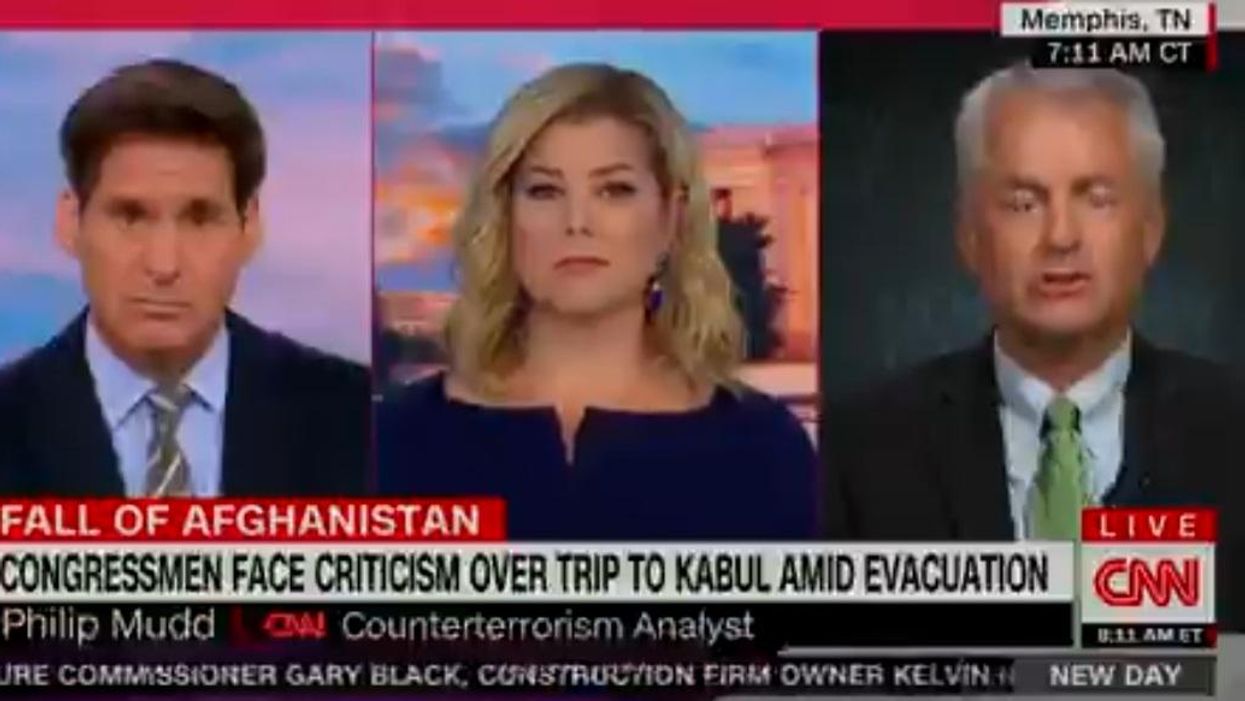 Philip Mudd, a former CIA counterterrorism Deputy Director is blasting the two U.S. Congressmen who just took an unauthorized trip to Kabul to oversee the massive airlift operation being conducted by the Biden administration.

By the end of Wednesday approximated 100,000 people are expected to have been airlifted out of Afghanistan, but U.S. Reps. Seth Moulton (D-MA) and Peter Meijer (R-MI), both highly-critical of President Joe Biden's handling of the withdrawal from that country decided to take a trip to see the operation first hand. They returned less than 24 hours later.

"Two members of Congress, without the support of their leadership, decide that they're going to bypass Disneyland and take an Instagram trip to Afghanistan because they want some eye candy for a bunch of constituents," Mudd told CNN's "New Day" co-host John Berman.

"If I were Nancy Pelosi and Kevin McCarthy I would see this as a chance for bipartisanship, both those guys on their committees: out. Done," Mudd added. "And by the way, ask them for the two seats they took out, for all their concerns about refugees, what happens to the two refugees who didn't get those seats, what do you tell them?"

"Last thing I'd say evidently for what I've read, one of the brilliant insights they've gotten is that the slow start meant that we could get fewer people out than we would have gotten out if we started fast. Look, John, I can do oversight from Memphis and give you that. Reprehensible, they ought to go from their committees."

The Washington Post reported late Tuesday the trip "was not approved as part of the normal process for congressional fact-finding trips," and "served as a distraction for military and civilian staffers attempting to carry out frenzied rescue efforts, according to two people familiar with the trip who spoke on the condition of anonymity because they were not authorized to talk about the matter."

"The cloak-and-dagger trip infuriated some officials at the Pentagon and the State Department," the Post adds.

"It's as moronic as it is selfish," said a senior administration official who spoke on the condition of anonymity to provide a frank assessment of their trip. "They're taking seats away from Americans and at-risk Afghans — while putting our diplomats and service members at greater risk — so they can have a moment in front of the cameras."