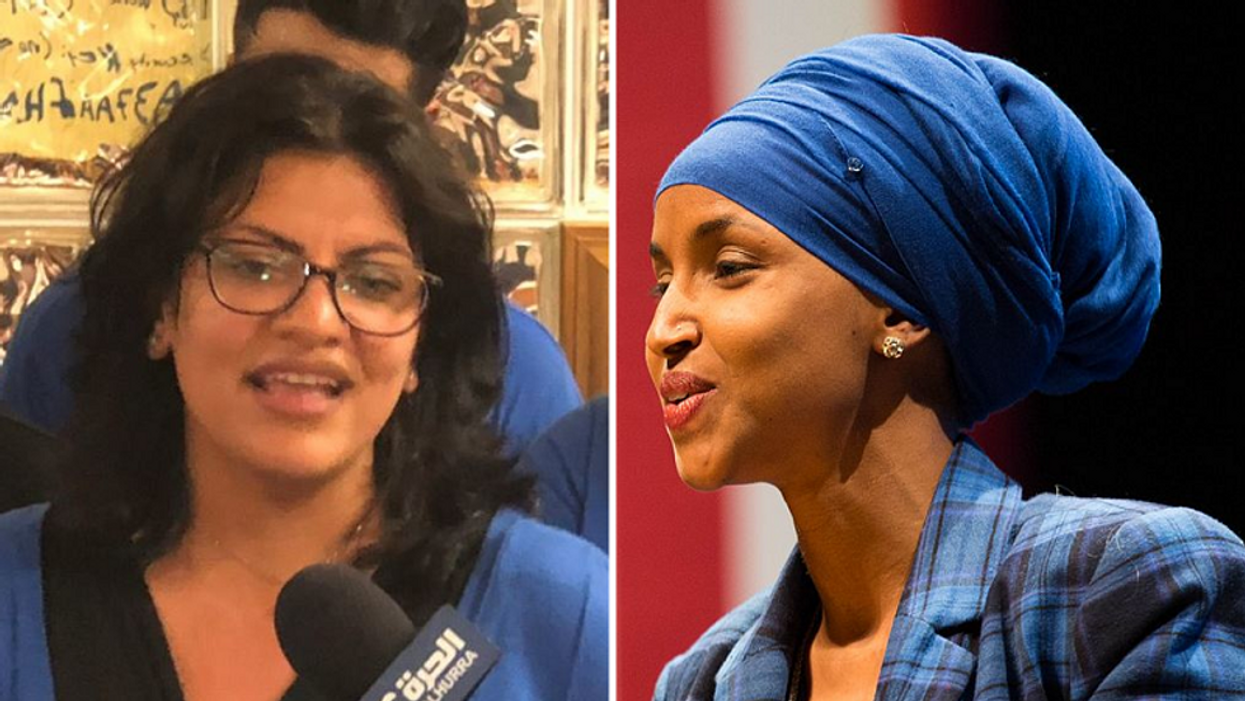 An effort by nine conservative House Democrats to force a quick vote on a bipartisan infrastructure bill reportedly began to collapse over the weekend as progressive lawmakers—and Speaker Nancy Pelosi—made clear that they would not allow the legislation to advance until the Senate also passes a sweeping reconciliation package, a centerpiece of the majority party's agenda.

Earlier this month, Rep. Josh Gottheimer (D-N.J.) and eight other Democrats sent a letter to Pelosi (D-Calif.) threatening to vote down a $3.5 trillion budget resolution—a measure that sets the stage for the reconciliation package—unless the House first passes a $550 billion bipartisan infrastructure bill that the Senate approved on August 11. Their stance won the support of powerful actors in Washington, most prominently the U.S. Chamber of Commerce, the biggest-spending corporate lobbying organization in the country.

But with the House set to reconvene Monday to take up the multitrillion-dollar budget resolution, "several" members of the conservative group have decided to drop their threat to vote against the measure, the American Prospect reported.

While the Prospect's David Dayen stressed that "the situation is very malleable and fluid," it appears that House progressives' firm support for delaying a vote on the bipartisan bill is beginning to pay off.

On August 10, just days before Gottheimer's group sent its letter, the nearly 100-member Congressional Progressive Caucus (CPC) announced that a majority of respondents to an internal survey said they would be willing to withhold their votes for the bipartisan legislation until the Senate also passes a reconciliation bill, a move that's not expected until next month.

"This is the path forward: we're passing the bipartisan infrastructure bill alongside the jobs and families package. Period," Rep. Pramila Jayapal (D-Wash.), the chair of the CPC, said last week. "The American people expect us to deliver on child care, paid leave, housing, healthcare, climate action, and more—and we must."

Progressives have openly voiced concern that passing the bipartisan measure before the Senate approves a reconciliation package would free conservative Democrats to vote against the latter bill, potentially imperiling trillions of dollars in green energy spending, Medicare expansion, paid family and medical leave, and other priorities.

"To my moderate colleagues: A vote against the Biden agenda this week is not only a slap in the face to the president, it will obstruct any shot at adopting the policies that define us as Democrats," Rep. Ro Khanna (D-Calif.), a CPC member, tweeted Sunday.

Pelosi, for her part, has said for weeks that the bipartisan measure and the reconciliation package—which Democrats plan to pass without any Republican support—must move at the same time in order to ensure the passage of both, a position that progressive lawmakers and outside advocacy groups have endorsed.

"We cannot afford any political maneuvers that undermine a guaranteed path towards at least $3.5 trillion of investments to combat climate change, uplift American families, expand healthcare, and secure our economic future," the youth-led Sunrise Movement and other progressive organizations wrote to Pelosi last week, urging the Speaker to stick to her position.

During a private call with her leadership team last week, Pelosi—who has just three votes to spare—derided the group of nine conservative Democrats, saying, "This is no time for amateur hour."

At least two of the letter's nine signatories—Reps. Carolyn Bourdeaux (D-Ga.) and Vicente Gonzalez (D-Texas)—attended Pelosi's annual fundraiser in Napa, California over the weekend, but it's unclear whether they were among the conservative Democrats who have reportedly dropped their threat to tank the budget resolution. It's also not clear what may have compelled the conservative Democrats to flip; the Washington Post reported Sunday that some of the nine lawmakers "sought to negotiate a potential end to the standoff" with Democratic leaders, but no deal has been publicized as of yet.

On Sunday night, the nine conservative Democrats penned an op-ed in the Post "urging House leadership and the president to move [the bipartisan infrastructure legislation] through the House quickly, sign the bill, and get shovels in the ground and people to work." They also raised "concerns about the level of spending" in the budget resolution and warned against holding the bipartisan bill "hostage to reconciliation," an indication that House Democrats could still have trouble passing the resolution this week.

In a letter to the House Democratic caucus on Saturday, Pelosi reiterated her commitment to passing "both the Build Back Better Plan and the bipartisan infrastructure bill before October 1st."

"Any delay to passing the budget resolution threatens the timetable for delivering the historic progress and the transformative vision that Democrats share," Pelosi wrote. "In support of President [Joe] Biden's vision to Build Back Better, we must move quickly to pass the budget resolution this week. It is essential that our caucus proceeds unified in our determination to deliver once-in-a-century progress for the children."

The House is expected to begin the process of approving the budget resolution on Monday. Passage of the measure would set in motion the process of converting top-line spending figures into legislative text, a likely contentious effort that progressive lawmakers hope will yield historic investments in climate action, healthcare, affordable housing, and more.