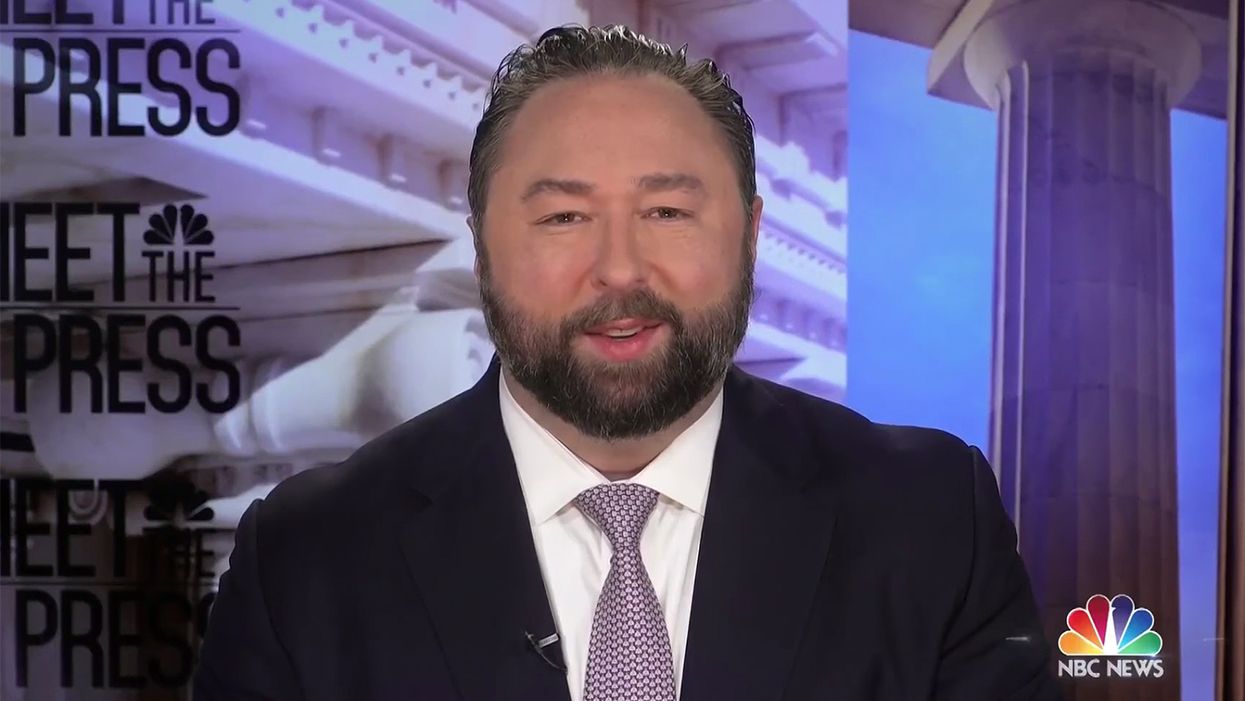 If there's anything that right-wing chat platforms promising uncensored "free speech" like Gab and Parler have proven, it's that such predicates ensure the platforms will quickly be inundated with the worst people in the world—bigots spewing death threats, hatemongers, disinformation artists, conspiracy theorists, vile misogynists, and terrorists of all stripes. The kind of clients that will doom such networks to permanent deplatforming.

Islamic State "has been very quick to exploit GETTR," Moustafa Ayad, executive director for Africa, the Middle East and Asia at the Institute for Strategic Dialogue, told Politico's Mark Scott and Tina Nyugen. "On Facebook, there was on one of these accounts that I follow that is known to be Islamic State, which said 'Oh, Trump announced his new platform. Inshallah, all the mujahideen will exploit that platform,'" he added. "The next day, there were at least 15 accounts on GETTR that were Islamic State."

Islamic State celebrated their successful infiltration of the pro-Trump platform: "We will come at you with slaying and explosions you worshippers of the cross," wrote one pro-ISIS account. "How great is freedom of expression."

Miller dismissed the flood of ISIS sympathizers as "keyboard warriors hiding in caves and eating dirt cookies." He also claimed that GETTR's content moderation was effective.

"ISIS is trying to attack the MAGA movement because President Trump wiped them off the face of the earth, destroying the Caliphate in less than 18 months, and the only ISIS members still alive are keyboard warriors hiding in caves and eating dirt cookies," Miller said in a statement. "Buried beneath a misleading and inflammatory headline, however, even Politico acknowledges GETTR has a robust and proactive moderation system that removes prohibited content, maximizing both cutting-edge A.I. technology and human moderation."

In fact, Politico reported that four days after it had submitted its queries to GETTR about the Islamic State posts, "many of these accounts and videos are still up."

When Miller launched GETTR early in July, it was advertised as "a non-bias social network for people all over the world" and boasted that it was "the marketplace of ideas." (It also shortly emerged that Miller had obtained seed money for the venture from rogue Chinese investor Guo Wengui.) Trump himself declined to sign up.

However, a number of prominent Republicans—nearly all of them from the pro-Trump camp—did. These included House Minority Leader Kevin McCarthy of California, Conference Chair Elise Stefanik of New York, as well as Congressmen Jim Jordan of Ohio, Marjorie Taylor Greene of Georgia, Matt Gaetz of Florida, Lee Zeldin of New York, James Lankford of Oklahoma, ex-Trump adviser Steve Bannon, and former Secretary of State Mike Pompeo.

Many of these figures shortly had reason to regret doing so: Over the weekend of its initial launch, a hacker successfully compromised a number of official GETTR accounts—including those belonging to Taylor Greene, Pompeo, Bannon, and Miller. The hacker told reporters it had taken him only about 20 minutes to successfully break in.

Hackers leveraged GETTR's API to scrape the email addresses of more than 85,000 users, including usernames, names and birthdays.

"When threat actors are able to extract sensitive information due to neglectful API implementations, the consequence is equivalent to a data breach and should be handled accordingly by the firm [and] examined by regulators," Alon Gal, the co-founder of cybersecurity firm Hudson Rock who reported the dataset, told TechCrunch.

Miller scoffed. "You know you're shaking things up when they come after you," he told Insider. "The problem was detected and sealed in a matter of minutes, and all the intruder was able to accomplish was to change a few user names. The situation has been rectified and we've already had more than half a million users sign up for our exciting new platform!"

Casey Newton at The Verge notes that these right-wing "free speech" apps almost appear to be set up with the intention to make them fail. "Apps like Parler and GETTR offered their conservative users an attractive mirage: a free-speech paradise where they could say the things they couldn't say elsewhere," he writes. "It never seemed to occur to anyone that such a move would only select for the worst social media customers on earth, quickly turning the founders' dreams to ash."

Miller's claims notwithstanding, GETTR's content moderation is clearly unable to handle the kind of content it is guaranteed to attract. As Newton observes: "Most people will only spend so long in a virtual space in which they are surrounded by the worst of humanity."

Moreover, these social-media apps appear to be a kind of con job not intended necessarily to enrich its founders but to promote a right-wing narrative that is itself part of a larger grift.

As Ryan Broderick at Garbage Day put it:


From Your Site Articles
Related Articles Around the Web
Report typos and corrections to: feedback@alternet.org.
#story_page_post_article