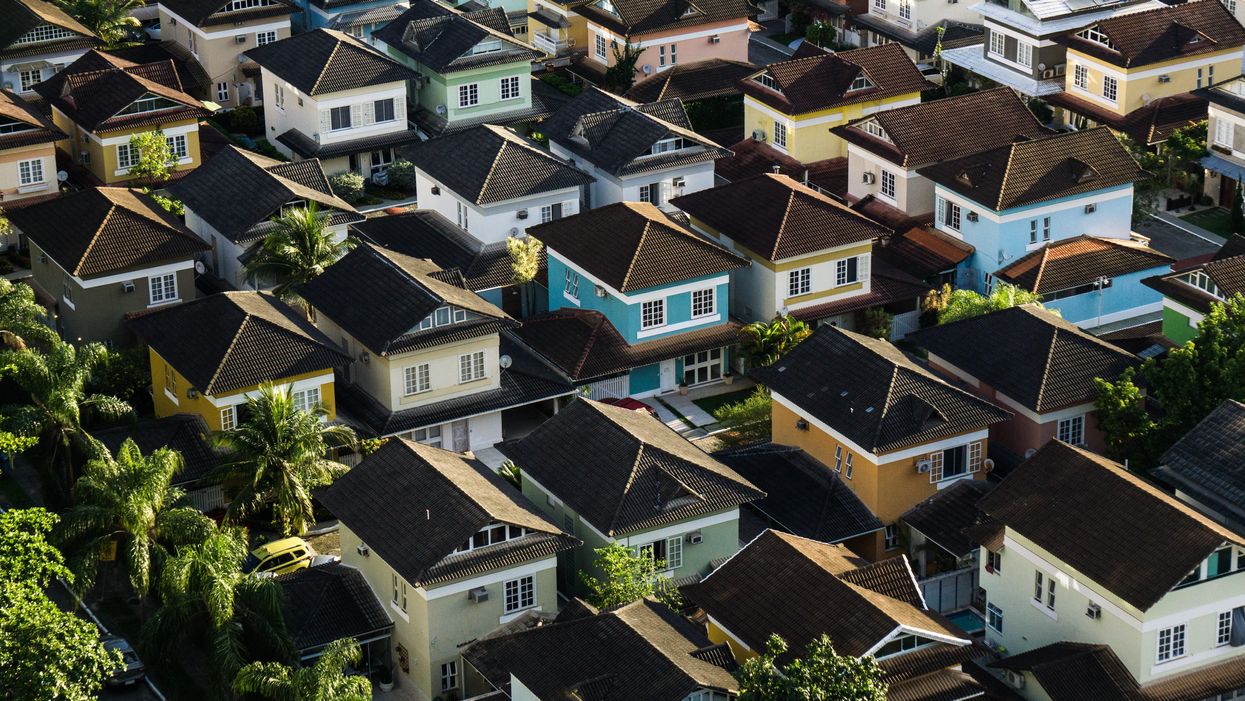 On July 31, the national moratorium on evictions, which the Centers for Disease Control put into place as part of its statutory authority to "make and enforce such regulations as in [its] judgment are necessary to prevent the introduction, transmission, or spread of communicable diseases," expired. Millions of Americans faced eviction after job loss during the pandemic left them behind on rent.

Actually, saying that the eviction moratorium "expired" doesn't do justice to what happened. The moratorium was killed by the United States Supreme Court's conservative majority. They ignored the federal agency's clear statutory authority and ruled, 5-4, that the CDC lacked the power to issue a national order halting evictions.

Fortunately, the Biden Administration is working to put a new moratorium into place in the next few days, according to the Post. And now we'll see whether the Supreme Court has the nerve to scrap the new policy and throw a potentially huge number of Americans out onto the streets. (And what exactly five conservative lawyers with no relevant expertise are doing second-guessing an important piece of the nation's public health policy in the midst of a deadly pandemic is a good question to ask.)

More broadly, federal housing policy is a mess, and that shouldn't surprise you. Housing policy is largely urban policy, and the interests of cities, and especially of the urban poor, are badly underrepresented in federal policymaking circles.

But the political economy of housing policy may be about to change.

Housing policy is increasingly becoming a generational issue that cuts across race and class, rather than one that mostly affects the urban poor. The reason for that is simple: In the American cities that combine robust job growth with access to culture and amenities that millennials and Generation Z value—places like New York City, San Francisco, Los Angeles, Boston, Washington, San Diego and Miami—housing has become increasingly unaffordable. Young people who want to live near where they work are increasingly priced out of rentals—never mind the market to buy a home, which is completely out of reach for those without family money.

Housing is expensive because we haven't built enough of it to keep up with people who live, or want to live, in America's vibrant cities. The numbers in New York are startling, but not atypical. A 2020 report by the Citizens Budget Commission lays out the problem: "Between 2010 and 2018, the number of jobs in New York City increased 22 percent while the housing stock increased only 4 percent, resulting in only 0.19 housing units being added for every net new job created over the last decade—a wider gulf between job and housing growth than any city except San Francisco."

The result, according to the CBC, "is increasing household sizes, higher rates of overcrowding, persistently low vacancy rates and a rapidly declining number of housing units that are affordable to low- and moderate-income households."

Why is under-supply such a problem? One big reason is NIMBYism—i.e., "not-in-my-backyard" opposition to new buildings, and in particular, to the kinds of large-scale building projects that are needed to address under-supply. NIMBY opposition to increased density, to re-zoning that's often required to get it and to the transport improvements needed to make new development accessible to the urban core—these are key barriers to achieving normal vacancy rates and increased affordability.

And all of this is an acute problem for young people, who are finding it more difficult to get ahead when their incomes are eaten up by student loans and spiraling rent.

Younger people are noticing that a lot of NIMBYs are relatively affluent boomers who own their homes. An important recent academic paper compares millennial versus boomer views about dense development and urban housing affordability. The upshot: millennials are feeding a new YIMBY "yes-in-my-backyard" movement. Many millennials favor high-density urban development as a way to make housing more affordable. And many millennials blame high housing prices on boomer NIMBYs who stubbornly oppose large-scale development in favor of single-family construction.

One anecdote that's been making the rounds on social media concerns a NIMBY in Berkeley, Calif., who opposed a new housing project because it would, she said, cast a shadow on her zucchini garden. "You're talking about zucchinis? Really? Because I'm struggling to pay rent," retorted a furious YIMBY at a Berkeley planning meeting.

NIMBYs have one argument they return to again and again: Building more market-rate housing, they say, doesn't lower rents—it just provides more housing for the affluent.

But the weight of the evidence tells us creating more housing supply does exactly what you'd expect—it lowers the price of housing overall. And if you're worried about gentrification, it's important to remember that gentrifiers in the substantial business of upgrading older housing stock for rich people absolutely love NIMBYs. NIMBY opposition to new construction (especially dense housing) makes projects focused on upscale renovations of existing housing stock more valuable. That puts the wealthy in direct competition with the non-wealthy for a stagnant supply of existing housing.

We need a lot more building, and at a scale that can only be provided by private developers. But that doesn't mean we should have a laissez faire market for urban housing. City governments should regulate to encourage new development to include affordable units. This is what NYC does with its "mandatory inclusionary zoning." In exchange for generous tax abatements and the easing of project height and density restrictions, developers set aside 30 percent of units for lower-income tenants and subsidize them to reduce rent. Those units are subject to New York's rent-stabilization rules that limit rent increases. The remaining 70 percent are priced at market rent.

We should also subsidize some housing directly—although given the size of the under-supply problem, the government would never be able to budget enough money to solve the problem through direct subsidy alone. And given New York's poor record as a landlord, a major expansion of public housing is simply not in the cards.

I'll end with a question that I'm asking in all seriousness: How much is NIMBYism driven by a genuine but economically dubious concern that building more housing raises housing prices? And how much of it is older people who just don't like change?

If it's the former, then data about the actual effect of building more housing—even market-rate housing—might have some effect. But if it's the latter, then NIMBYism isn't so much a view as a disposition and there's not much to be done about it other than wonder how people who don't like change ended up living in our most vibrant cities rather than some sleepy place where no one wants to build in their backyard.