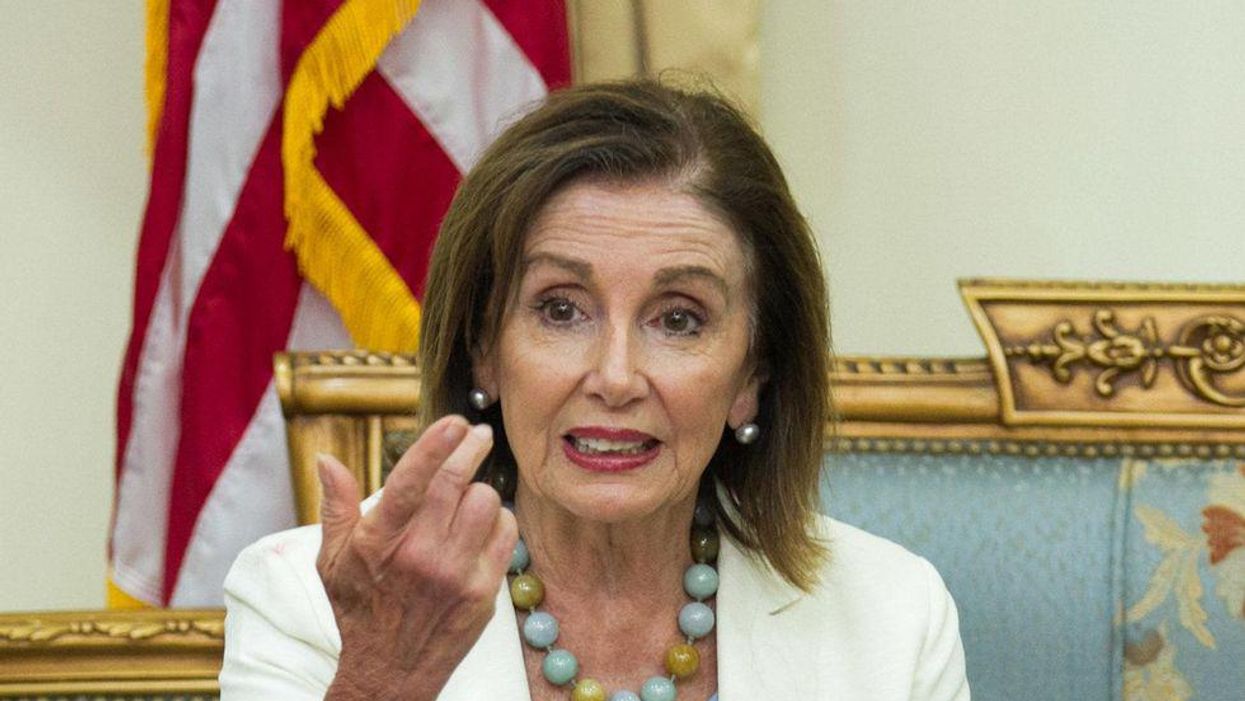 The resolution (pdf) set up final votes for the bipartisan Infrastructure Investment and Jobs Act (H.R. 3684) and the John R. Lewis Voting Rights Advancement Act (H.R. 4). It also crucially includes formal approval of the Senate-approved budget blueprint that some Democrats are calling the "Build Back Better Plan," enabling Democrats to begin working on that package.

The 220-212 vote came after a small group of right-wing Democrats led by Rep. Josh Gottheimer (D-N.J.) threatened to block the $3.5 trillion budget resolution—for a package Democrats intend to pass without any GOP support using a process that avoids a filibuster in the evenly split Senate—if the House didn't first pass the bipartisan bill, despite House Speaker Nancy Pelosi (D-Calif.) and President Joe Biden's commitment to passing the two proposals in tandem.

After negotiations with Gottheimer's group Monday and Tuesday, language was included in the resolution to guarantee a House vote on the bipartisan deal no later than September 27.

The outcome of Tuesday's vote was expected by Pelosi, who told Democrats earlier Tuesday during a caucus meeting: "I'm sorry that we couldn't land the plane last night, and that you all had to wait. But that's just part of the legislative progress... I think we're close to landing the plane."

In a statement later Tuesday, the speaker said that in consultation with Rep. Peter DeFazio (D-Ore.), chair of the House Transportation and Infrastructure Committee, she is committing to passing the bipartisan infrastructure bill by next month's deadline. She continued:

Passing an infrastructure bill is always exciting for what it means in terms of jobs and commerce in our country. Now more than ever, it also has to be a part of protecting our environment. I know that Chairman DeFazio will do the best possible job to that end in the Build Back Better Act.
We must keep the 51-vote privilege by passing the budget and work with House and Senate Democrats to reach agreement in order for the House to vote on a Build Back Better Act that will pass the Senate.
I thank Congressman Gottheimer and others for their enthusiastic support for the infrastructure bill and know that they also share in the Build Back Better vision of President Biden.

Meanwhile, progressive leaders in Congress emphasized the importance of the $3.5 trillion reconciliation package and expressed frustration with the so-called "moderates" like Gottheimer.

Sen. Bernie Sanders (I-Vt.), a leader in the effort to advance the budget reconciliation bill as chair of the Senate Budget Committee, turned to Twitter to highlight the consequences if Democrats fail to pass it:

In a CPC statement after the vote, Jayapal said that the "transformative" $3.5 trillion budget resolution "is a win for the American people."

Going forward, Jayapal added, "our position remains unchanged: We will work to first pass the Build Back Better reconciliation bill so we can deliver these one-in-a-generation, popular, and urgently needed investments to poor and working families, and then pass the infrastructure bill to invest in our roads, bridges, and waterways."

In comments to NBC News following the vote, Rep. Alexandria Ocasio-Cortez (D-N.Y.) said that she is "not committing to any date" and the Democratic leadership "absolutely should not" count on her yes vote for the bipartisan plan if the bolder reconciliation package is delayed beyond the September 27 deadline.

Jayapal, in her statement, reiterated that the bipartisan bill and Democrats' package "are integrally tied together," and said that CPC members "remain united with congressional leadership and President Biden in our mission to enact the entire Build Back Better agenda that voters put us in the majority to accomplish—and every elected Democrat should do the same."