'No contracts, no snacks': Nabisco workers go on strike across the US 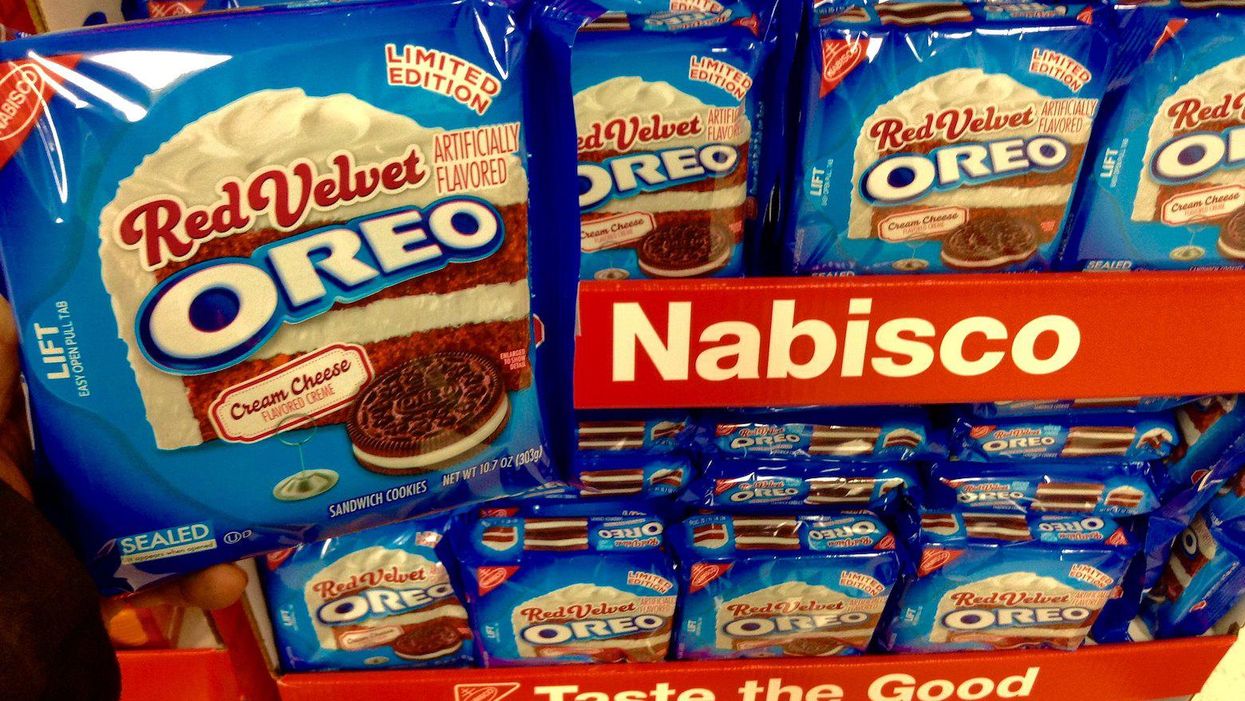 Employees at Nabisco's flagship plant in Chicago walked off the job Thursday, joining workers at three of the leading snack maker's other U.S. plants who are demanding better working conditions, an end to foreign outsourcing, and the withdrawal of a company plan that would scrap the company's current guaranteed overtime pay system.

The strike began August 10 when around 200 members of the Bakery, Confectionery, Tobacco Workers, and Grain Millers' (BCTGM) International Union Local 364 walked out of a Nabisco factory in Portland, Oregon that makes Oreo and Chips Ahoy! cookies, as well as Ritz, Premium saltines, and other crackers.

Workers at Nabisco plants in Aurora, Colorado and Richmond, Virginia followed suit, saying they planned to strike until Nabisco's parent company, multinational confectionery corporation Mondelez International, agrees to negotiate a new contract. The most recent agreement expired in May.

With U.S. snack consumption rising during the pandemic, Mondelez's 2020 revenue increased to $26.6 billion, according to Chicago Business Journal, with profits of $3.6 billion and a 6% annual increase in share price. Dirk Van de Put, Mondelez's new CEO, could earn more than $17 million in compensation, plus a $38 million one-time windfall, this year.

Meanwhile, Nabisco workers have been forced to work 12 to 16 hour shifts, six to seven days a week, during the pandemic, while the company seeks to eliminate overtime pay by altering employee schedules so that weekend shifts become part of the 40-hour work week. Workers are also rejecting a Mondelez proposal to create different employee health plans under which new hires would pay more, including deductibles—which do not exist under the current system.

Nabisco workers stress that they are not asking for more pay or benefits.

"This fight is about maintaining what we already have," Mike Burlingham, vice president of BCTGM Local 364 in Portland, told Today. "During the pandemic, we all were putting in a lot of hours, demand was higher, people were at home, and the snack food industry did phenomenally well. Mondelez made record profits and they want to thank us by closing two of the U.S. bakeries and telling the rest of us we have to take concessions, what kind of thanks is that?"

"We make them a lot of money," added Burlingham. "It's very disheartening. How is that supposed to make us feel?"

Workers say the proposed changes are the latest in a long line of affronts that began in 2016 when Mondelez laid off 600 workers while shutting down half of Nabisco's Chicago production lines and relocating operations to Mexico. In 2018, the company eliminated the pensions of thousands of workers and retirees, and this year over 1,000 jobs were lost when plants in Georgia and New Jersey were shuttered.

"They couldn't care less about us," striker Donna Marks, who has worked 17 years at the Portland plant, said of Mondelez in an interview with nwLaborPress.

"I used to enjoy this job, it used to be like a family to me," Marks told Willamette Week. "Now, they want us to work more and pay us less, and everything that we have, we have because we negotiated. They want to take away what we fought for with no negotiation. They act as if they gave us something."

Rusty Lewis, a striking worker at Nabisco's Aurora distribution center, told Motherboard that workplace conditions have been deteriorating during his 25-year tenure.

"It's gotten worse. It's gotten horrible. Horrible hours," he said. "They don't care about frontline workers. They only care about the almighty dollar. We're tired of getting stepped on and treated like trash. We've had enough."

Mondelez said in a statement that its goal "has been—and continues to be—to bargain in good faith with the BCTGM leadership across our U.S. bakeries and sales distribution facilities to reach new contracts that continue to provide our employees with good wages and competitive benefits, including quality, affordable healthcare, and [a] company-sponsored Enhanced Thrift Investment 401(k) Plan, while also taking steps to modernize some contract aspects which were written several decades ago."

The strike has drawn solidarity and support from BCTGM workers at Frito-Lay's Topeka, Kansas factory—who ended their nearly seven-week strike on Wednesday—as well as from other unions, activists, politicians, and celebrities.

"I stand in solidarity with BCTGM workers in Oregon, Colorado, and Virginia who are on strike for a fair contract and for decent working conditions," Sen. Bernie Sanders (I-Vt.) tweeted Wednesday. "If Nabisco can rake in billions of dollars in corporate profits, they can afford to treat their workers with dignity and respect."