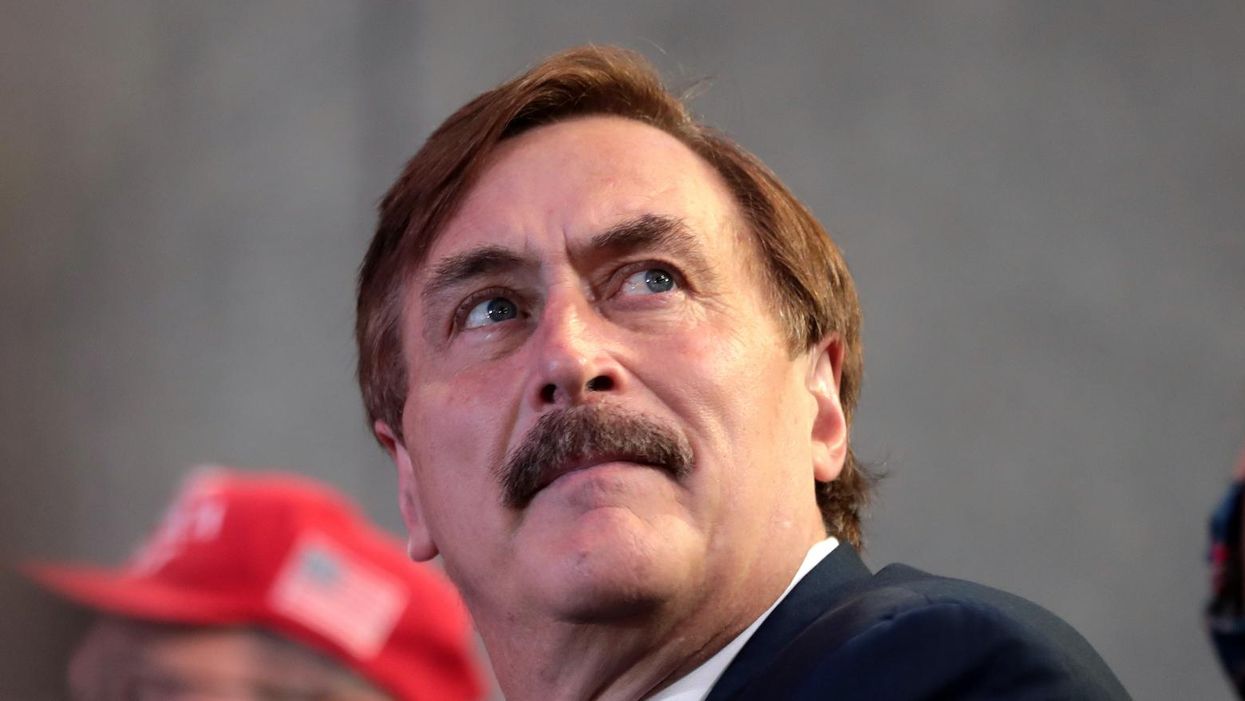 My Pillow CEO Mike Lindell has been one of the most prominent public figures still passionately pushing the lie that former President Donald Trump won the 2020 election — and claiming that he can prove it. He even claimed Trump would be reinstated this month, a prediction he now disavows. His misinformation campaign came to a head this week as he held a so-called "cyber symposium" in Sioux Falls, South Dakota, to make the case that President Joe Biden was illegitimately elected. But as the shambolic event stretched into its second day, the keystone of his repeatedly debunked argument turned out — unsurprisingly — to be a complete dud.

Lindell claimed that he would provide data conclusively showing that China rigged the vote counts to install Biden as president. But The Washington Times, a conservative news outlet, reported Wednesday evening that the "expert" who was supposed to assess this evidence admitted it didn't hold up to scrutiny.

Mr. Lindell said he had 37 terabytes of "irrefutable" evidence that hackers, who he said were backed by China, broke into election systems and switched votes in favor of President Biden. The proof, he said, is visible in intercepted network data or "packet captures" that were collected by hackers and could be unencrypted to reveal that a cyberattack occurred and that votes were switched.
But Mr. Lindell's lead cyber expert, Josh Merritt, told The Washington Times that packet captures are unrecoverable in the data and that the data, as provided, cannot prove a cyberincursion by China.
"So our team said, we're not going to say that this is legitimate if we don't have confidence in the information," Mr. Merritt said on Wednesday, the second day of the symposium.

Anyway, notwithstanding the collapse of his supposed evidence that was the basis for this entire event in South Dak… https://t.co/rszdo83hDi
— Brad Heath (@Brad Heath) 1628731628.0

Merrit was previously the subject of mockery after Sidney Powell misrepresented him in her post-election lawsuits that sought to overturn the result. The Washington Post reported in December 2020:

Powell describes Spyder in court filings as a former "Military Intelligence expert," and his testimony is offered to support one of her central claims. In a declaration filed in four states, Spyder alleges that publicly available data about server traffic shows that voting systems in the United States were "certainly compromised by rogue actors, such as Iran and China."
Spyder, it turns out, is Joshua Merritt, a 43-year-old information technology consultant in the Dallas area. Merritt confirmed his role as Powell's secret witness in phone interviews this week with The Washington Post.
Records show that Merritt is an Army veteran and that he enrolled in a training program at the 305th Military Intelligence Battalion, the unit he cites in his declaration. But he never completed the entry-level training course, according to Meredith Mingledorff, a spokeswoman for the U.S. Army Intelligence Center of Excellence, which includes the battalion.
"He kept washing out of courses," said Mingledorff, citing his education records. "He's not an intelligence analyst."
In an interview, Merritt maintained that he graduated from the intelligence training program. But even by his own account, he was only a trainee with the 305th, at Fort Huachuca in Arizona, and for just seven months more than 15 years ago.
...
Merritt acknowledged that the declaration's description of his work as an "electronic intelligence analyst under 305th Military Intelligence" is misleading. He said it should have made clear that his time in the 305th was as a student, not as a working intelligence expert.

Zachary Petrizzo, a reporter for Salon, noted that the crowd at the symposium was thinning out on its second day, apparently from lack of enthusiasm about the content.

Even Steve Bannon, a close ally of Lindell's, was critical on Wednesday about the symposium's lack of evidence.

"You've laid a theory of the case out here that's very powerful, but in laying that case out, you've got to bring the receipts," he said.

To top off the rest of Lindell's terrible day, the judge overseeing the defamation case against him and other defendants brought by the Dominion voting maching company issued a ruling allowing the lawsuit to proceed and rejecting his motion to dismiss.