A Democrat calls out and dismantles the media's 'fantasy' on Afghanistan 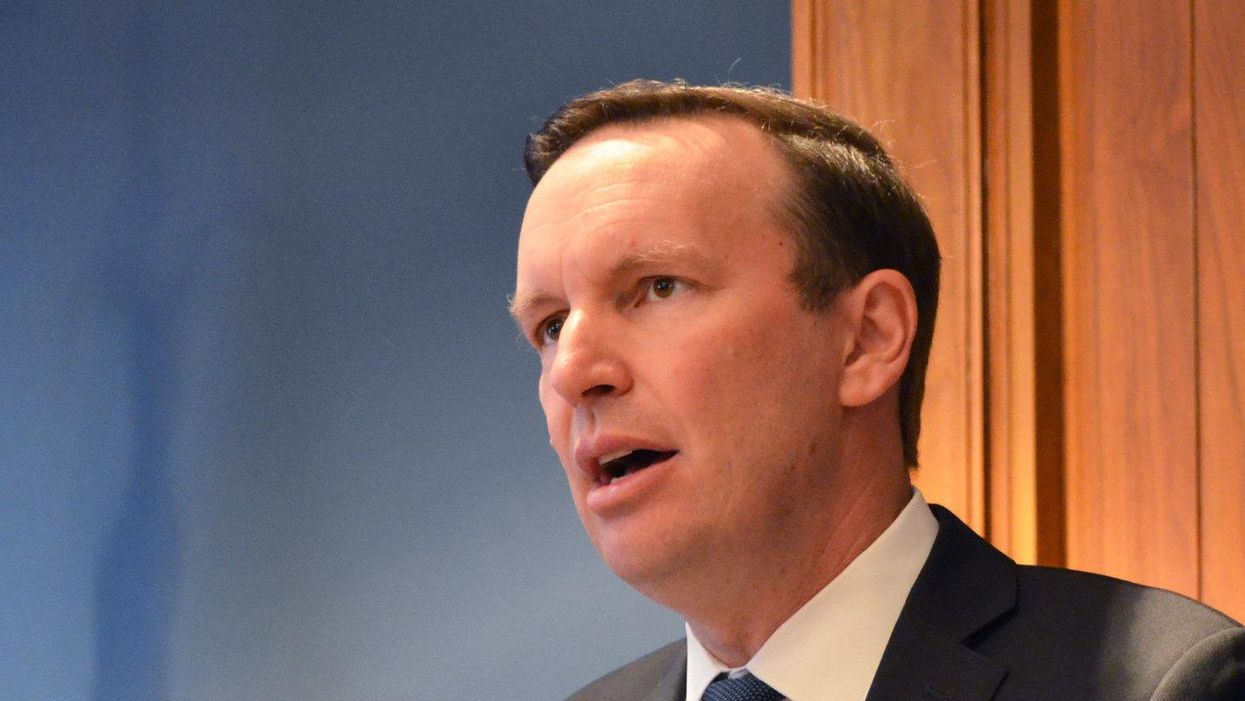 Yesterday, I told you about an interview between the editor-in-chief of USA Today and her brother. It was intended to illuminate why some Americans refuse to get vaccinated. The reason, Nicole Carroll concluded, is trust. Public institutions like the Centers for Disease Control and Prevention as well as her own newspaper must do more to earn the public's trust.

That sounds noble until you look closely to learn that Chris Carroll is almost certainly not going to give his "trust" to anything that doesn't already confirm what he already believes — that sounds noble until you realize he's not interested in a fair and equal exchange, integrity for trust. He's exploiting his sister's good faith with his own bad faith. Meanwhile, his sister won't call him out on his transparent bullshit. What he can trust is Nicole's loyalty to him over her loyalty to truth.

It seems to me many of the Democrats in the United States Congress are equally unwilling to call out the transparent bullshit that has been over the last week or so the Washington press corps' coverage of Afghanistan. After a decade of barely paying any attention at all, Washington clutched its pearls at the sight of desperate Afghans doing desperate things at the Kabul airport. The immediate question was why the president had not evacuated sooner to prevent people from clinging to the sides of airborne aircraft before falling to their deaths.

But that discrete question got rangy fast. Almost instantaneously, the conventional wisdom among members of the Washington press corps was that Joe Biden failed. That wouldn't be so bad if reporters did not blur the president's "failure" with the general failure of the United States to build a democracy in a nation whose people don't recognize the meaning of the word "nation." The disaster at the airport became a visual shorthand for the disaster that was American imperial hubris, which itself is the reason Biden decided to pull US forces out. In a matter of hours, the president was to blame for all things Afghan.

That's wrong, of course, but the Democrats who are sensitive to the press corps' misrepresentations of reality are making that wrong seem right by accepting it as something legitimate to consider. They are conceding the point (that Biden failed) and by conceding it they are giving a falsehood the force of truth. They should be pointing out the fact that the Kabul disaster was triggered by the flight of the former Afghan president, not the US pullout. Just when the president's party should be rallying around him (morally, factually and politically) they are giving the president's bad-faith critics even more ammunition.

Connecticut's Chris Murphy, my senator, is among the first Democrats to get out in front of this. He told Greg Sargent Monday: "Right now many Democrats are buying into Republican arguments that the Biden administration is solely to blame for the chaos," Murphy said. "That is not true. We're seeing the regrettable but inevitable consequence of a 20-year war that was badly mismanaged and lasted far too long."

There is this fantasy that has been constructed by the media and members of both parties that we could leave Afghanistan, amid a collapse of the Afghan army and government, in a neat, clean way. …. Democrats can forcefully push back on Republican bulls——t without completely absolving the Biden administration. As Democrats we should demand that this accounting be of all the bad decisions that led us to today.

Exactly right. Murphy continued modeling good behavior last night on Twitter by drawing attention to the biggest military success story since the assassination of Al Qaeda's Osama bin Laden, namely that the US has evacuated some 42,000 Americans and Afghans in the last week, including nearly 22,000 in the last 24 hours, according to the Post. Or it would be the biggest story had the Washington press corps given it as much attention as it did to last week's disaster at the Kabul airport.

The effort is ongoing. According to Defense One's Tara Copp, "the airlift operation is already one of the largest in Air Force history. The largest operation to date remains the airlift of personnel during the evacuation of Saigon. The US airlifted 50,490 evacuees to safety and airlifted 31,000 Vietnamese who escaped by boat to the Philippines."

On August 20, CNN's Clarissa Ward said: "I'm sitting here for 12 hours in the airport, 8 hours on the airfield and I haven't seen a single US plane take off. How on Earth are you going to evacuate 50,000 people in the next two weeks? It just, it can't happen." Three days later, Chris Murphy said in response: "It didn't take 2 weeks to evacuate 50,000. It took 10 days. Lots of work still to do, but it might be time for a bit of a reassessment by the media of this operation given the actual results." Today, I'm saying: if Clarissa Ward was at the Kabul airport on August 20, why didn't she see all this activity? Is the Pentagon lying? If so, Ward and her employer should tell us or issue a correction in a hurry.

The press corps has moved on to focus on the looming deadline for withdrawal. The Taliban, which is now almost totally in control of Afghanistan, insisted today the administration meet its August 31 target. Last week, Talibani leaders were less insistent. What changed? Well, it seems to me that the evacuation has been so successful, and will continue to be so successful in getting Afghans out, that the Taliban is now worried about the loss of experienced people who know how to run a country. They fear brain drain. Spokesman Zabihullah Mujahid said today: "We are asking the American please change your policy and don't encourage Afghans to leave," according to the Post.

Politically speaking, I don't mind the press corps' bad faith. Presidents must deal with it. I mind it professionally and morally. And I mind a party conceding points it should not concede. There's enough of that going around. It's prolonging the covid pandemic. The facts are on the Democrats' side whether the official fact-finders believe it or not.