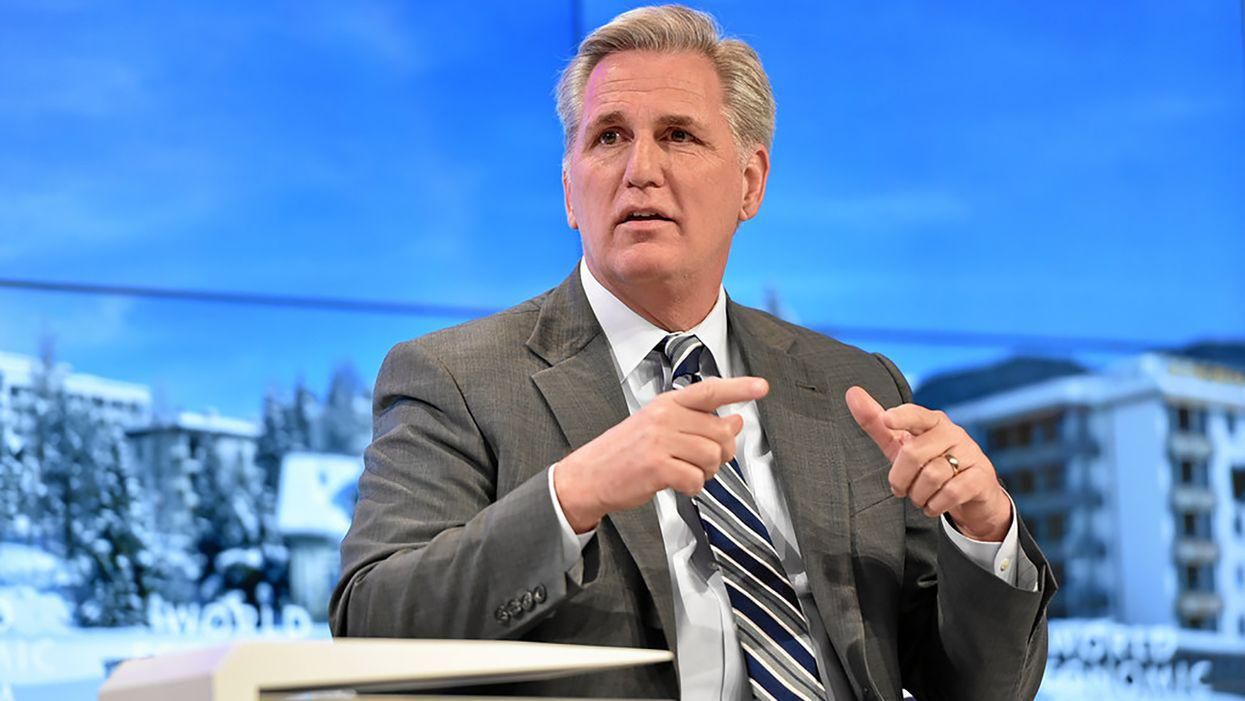 House Minority Leader Kevin McCarthy, R-Calif., joked this weekend about "hitting" Speaker Nancy Pelosi with a gavel if the GOP were to reclaim the House and he were ever elevated to her position.

The comments, made at a Republican dinner in Nashville hosted by Tennessee state legislators, were witnessed by Washington Post reporter Michael Scherer. The lawmakers apparently gifted McCarthy an oversized gavel with "Fire Pelosi" written on it, after which he told the crowd, "It will be hard not to hit her with it but I will bang it down."

A number of prominent Republican party leaders from the state, including Gov. Bill Lee and Sen. Marsha Blackburn, attended the $250-a-plate event, according to The Hill.

It's the latest shot in a running war of words between the two prominent politicos, and comes after a particularly fiery week in their embattled relationship. Most recently, McCarthy and Congressional Republicans have staged protests over a mask mandate recommended by the Capitol physician and endorsed by Democratic leadership. He blamed the decision on Pelosi wanting "to continue to live in a perpetual pandemic state."

This prompted the speaker to tell a reporter, "he's such a moron" when asked about McCarthy's antics.

Critics took issue with McCarthy's joke about assaulting a fellow member of Congress, given that just over six months have passed since a group of Trump supporters calling for Pelosi's public execution breached the Capitol and vandalized her office.

"This disgusting suggestion by @GOPLeader that he wants to physically assault the Speaker of the House is absolutely disqualifying," Joseph Robertson, the executive director of Citizens' Climate International, tweeted. "This menacing threat of political violence is a disgrace to his office & aligns him with violent extremists who plotted assassinations."