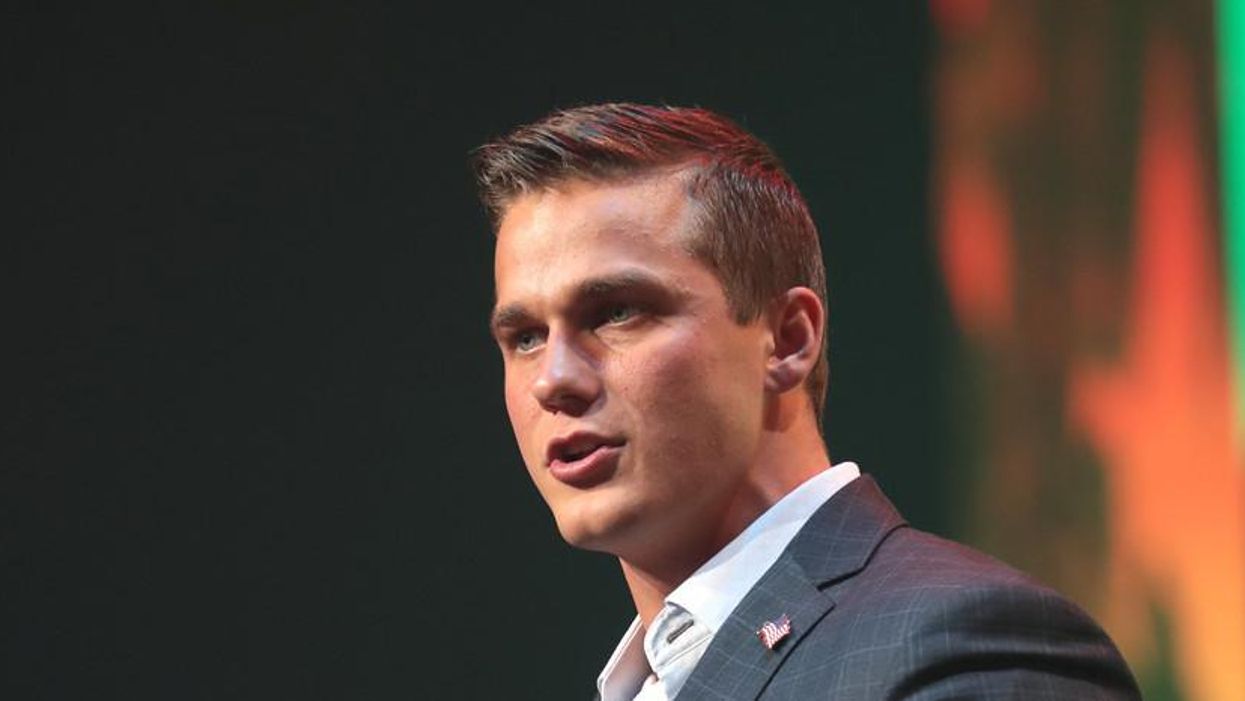 At a meeting of the Macon County Republican Party this weekend, freshman Rep. Madison Cawthorn deployed extremist and incendiary rhetoric about the Jan. 6 defendants and GOP claims about stolen elections.

In one section that caught attention on social media on Monday, the North Carolina Republican responded to a question about the people who have been charged with crimes related to the Capitol insurrection by calling the defendants "political hostages." He even suggested it would be appropriate to break in and free these people from federal custody — assuming he knew their location.

"The big problem is, we don't actually know where all the political prisoners are, and so if we were to actually be able to go and try and bust them out," he said, without fully completing the thought. It's possible he realized he was crossing a serious line by discussing forcibly releasing people from law enforcement custody.

He appeared to be significantly misguided on the key facts of the case. The argument that the right-wing protesters who stormed the Capitol during the affirmation of Joe Biden's Electoral College victory are political prisoners is exceptionally weak. The charges in the cases are largely of unequivocal crimes, such as trespassing and assault. There are some charges that include political elements, such as allegations of terroristic intent, but that's precisely because many of the attackers were committing crimes for an explicitly political purpose. And the prosecutions themselves are not partisan — they began under the Trump administration's Justice Department and continued under the current leadership.

And according to Insider, a large majority of those charged in the case have been granted pretrial release — meaning they're not prisoners at all, let alone political hostages.

Other comments Cawthorn made, however, shed greater light on why he sees the defendants as victims: He is sympathetic to both their objectives and their means.

“If our election systems continue to be rigged, continue to be stolen, then it's gonna lead to one place. And that's bloodshed," he said, as Daniel Dale reported. "And I will tell you: as much as I am willing to defend our liberty at all costs, there's nothing that I would dread doing more than having to pick up arms against a fellow American. And the way that we can have recourse against that is if we all passionately demand that we have election security in all 50 states."

It is, of course, extremely dangerous to suggest that violence and taking up arms is the appropriate response to false claims about election rigging. The allegations that the 2020 election was somehow rigged against Donald Trump and the GOP have been repeatedly debunked. Promises of bombshell evidence or decisive court cases that will prove the wrongdoing have repeatedly failed spectacularly to live up to the hype. But conservatives like Cawthorn and his ilk continue to cling to the meritless idea, adding fuel to the flames of right-wing political grievance and violence.

After news of his comments began to spread, Cawthorn's office tried to distance him from the message he communicated.

"Cawthorn is CLEARLY advocating for violence not to occur over election integrity questions," a spokesperson told Dale. "He fears others would erroneously choose that route and strongly states that election integrity issues should be resolved peacefully and never through violence."

Separately, the congressman's office tried to soften his discussion about the Jan. 6 defendants.

Neither of these clarifications is at all convincing in reflecting what the congressman was trying to say. Talking about "busting" out prisoners is not at all related to investigating due process. If Cawthorn had had a slip of the tongue, he could have easily corrected it in the moment, which he didn't.

And in his remarks over the weekend, he did not say he would "never" advocate violence as a response to an election. Indeed, he suggested it could become inevitable, and that he would take part. He did clearly indicate he prefers an alternative to violence, which he called "election security in all 50 states." But the problem is that based on his support for false and debunked claims about the 2020 election, there's no reason to believe Cawthorn will ever be satisfied with American elections being run freely and fairly — that is, under conditions in which Democrats will win power some of the time. That makes his rhetoric extremely dangerous.

This all raises a big problem for House Minority Leader Kevin McCarthy. McCarthy has tried to claim that no one "is questioning the legitimacy of the presidential election." But that's not true — members of his own caucus are still trying to promote doubts about it, and suggesting that violence might be the appropriate response to the kinds of outcomes the 2020 election produced. If McCarthy wants to really be the responsible Republican leader he tries to present himself as, he needs to get control of volatile members of his party like Cawthorn.