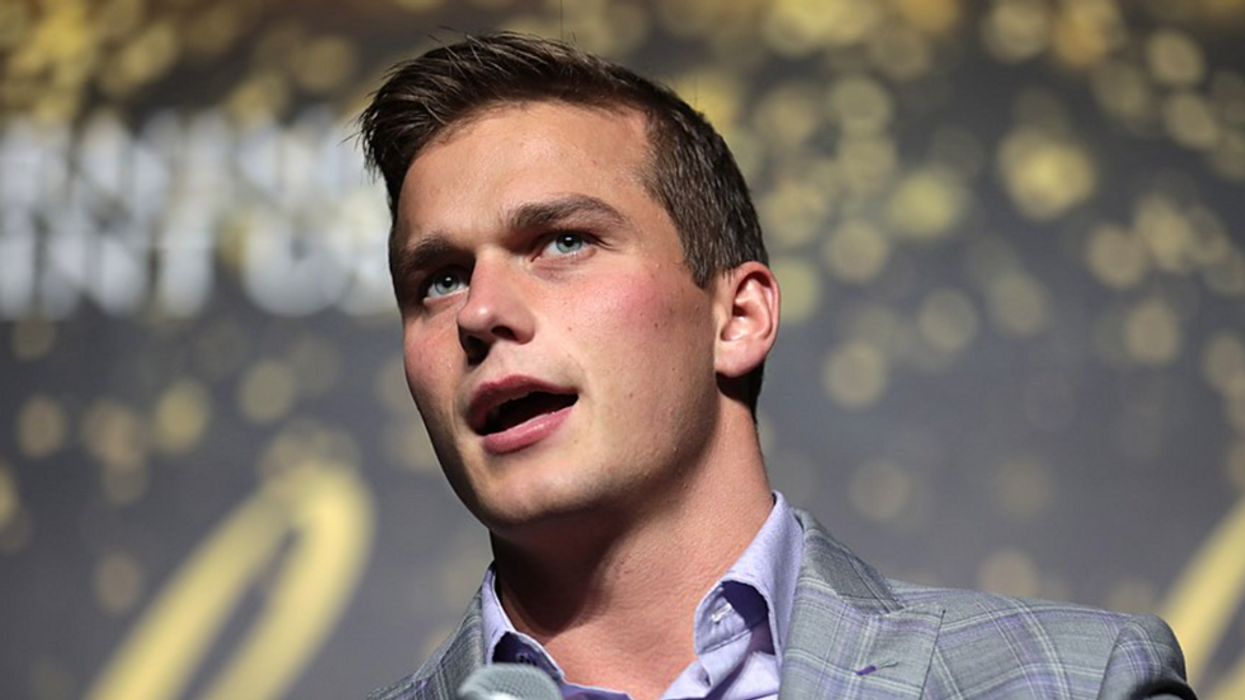 Remarks made by U.S. Rep. Madison Cawthorn (R-NC) are being seen as so volatile and destructive some are calling for his expulsion from Congress.

The North Carolina Republican lawmaker was warned to stop campaigning across the country and start paying attention to his own constituents. On Sunday, The Washington Post reports, Cawthorn told his local Macon County Republican Party "that elections in the United States are 'rigged' and said there will be 'bloodshed' if the country's electoral system continues on its current path."

Immediately after holding a shotgun Cawthorn said, "I will tell you, as much as I am willing to defend our liberty at all costs, there is nothing that I would dread doing more than having to pick up arms against a fellow American. And the way that we can have recourse against that is if we all passionately demand that we have election security in all 50 states."

After urging President Joe Biden's Cabinet to invoke the 25th Amendment, Cawthorn promised, "I will remove Joe Biden from office, and then, when Kamala Harris inevitably screws up, we will take them down, one at a time."

And he called those arrested in the January 6 insurrection, which he helped incite, "political prisoners" and "political hostages."

The Post also reported that on Sunday "a member of the crowd asked Cawthorn, 'When are you going to call us to Washington again?'"

In response, Cawthorn appeared to suggest that plans for a gathering were in the works, although he did not provide details.

As news spreads of his remarks, many are furious and demanding he be expelled from Congress.

How can Madison Cawthorn not be expelled from Congress over this? How did @SpeakerPelosi move faster over a misjud… https://t.co/0k9jJWlf2f
— Mehdi Hasan (@Mehdi Hasan) 1630371878.0