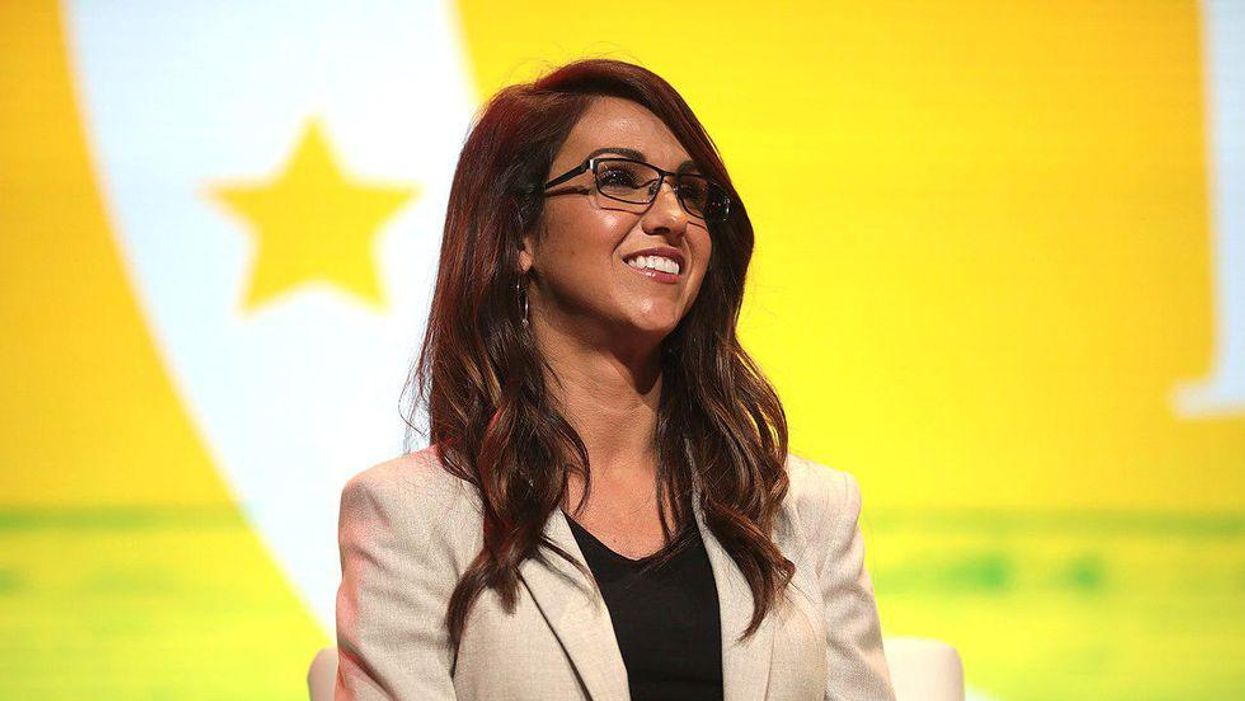 Republican Rep. Lauren Boebert has appealed to the conservative masses on a number of bases: She loves her guns, Donald Trump, and QAnon conspiracy theories, and is no stranger to spewing her views. Boebert is also known for owning a gun-themed restaurant (yes, really) called Shooters Grill in (this is true:) Rifle, Colorado.

Boebert owns the establishment with her husband, Jayson Boebert. In previous income disclosure statements, she revealed the restaurant as a source of income, but as reported by the Associated Press, failed to disclose her husband's $478,000 income as a consultant for Terra Energy Production, an energy production firm, in 2020. And the year before? Her husband apparently brought in $460,000. That's nearly one million combined dollars that Boebert disclosed very, very late. Let's get into the nitty-gritty of why this failure to disclose matters so much, especially in Boebert's position on a very important House committee.

Boebert disclosed this income information in a filing with the House of Representatives on Tuesday—after serving on the House Natural Resources Committee and using her months in office to advocate on behalf of the energy industry. In February, for example, she introduced a bill misleadingly titled the "Protecting American Energy Jobs Act," which aims to stop the president from issuing moratoriums on gas and oil.

Congressional candidates and members of Congress are required by federal law to file disclosure statements that report the income, investments, and assets for themselves, their spouses, and any children who are dependents. The goal here is transparency. The public can decide for themselves if there's a potential conflict of interest—as long as they have accurate information. On her candidate form, Boebert included "Boebert Consulting — spouse," but then listed "N/A" as his income.

"Voters have a right to know what financial interest their elected officials might be beholden to," Kedric Payne, who serves as the senior director of ethics with the Campaign Legal Center, said to The Washington Post on the matter. Payne told the outlet they think the Office of Congressional Ethics should review the matter to figure out if the lack of inclusion was intentional or a genuine mistake. What's at stake? According to Payne, the intent here could prove criminal, coming with "large fines" and even "possible imprisonment."

This issue is apparently coming to light now because the Federal Elections Commission (FEC) made a little inquiry into Boebert's campaign. What about? The FEC wanted to know why Boebert sent four transactions over Venmo, totaling $6,650, from campaign funds to herself between May 3 and June 3. While the campaign ultimately clarified the transactions were mistakes and had been refunded, a bigger can of worms is apparently in the works.

In the big picture, Boebert is both a baffling and embarrassing figure in American politics. As Daily Kos has covered, she apparently created a sockpuppet account to boost her own Twitter posts, dismisses the severity of COVID-19 (for example, her recent online quip about the delta variant), and once went viral for appearing to strut around Washington, D.C., with a Glock. Similar to QAnon Congresswoman Marjorie Taylor Greene, if these women weren't serving the public in elected office, their views and approaches would matter a whole lot less. They wouldn't be excusable, but they would likely have considerably less sway and access.

Laughing off a conspiracy theory feels just fine—until someone spewing it is representing a chunk of the American public.